You many not have noticed, but in the last picture from yesterday’s post, there was an unusual object in the bottom center…

Sailing over the water in flamboyant stripes…
A dragonfly.
It was pure luck in the capture, but it made that photo extra special!
That entire pond was humming with activity from at least three different kinds of dragonflies.
With A. A. Milne’s poem (and song from Girl Scout camp) floating through my head, I was ready to hunt for some dragons!

They were everywhere and hardly ever in focus, as it turns out.

But I continued the hunt… thank goodness for digital photography.  Film would have been a killer! 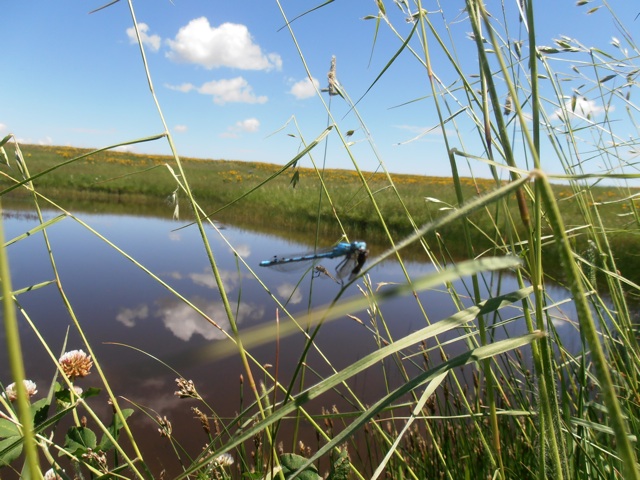 This WOULD have been a great shot as a damselfly munches on a moth… but my focus captured the dragonfly under and behind it instead.
So close! 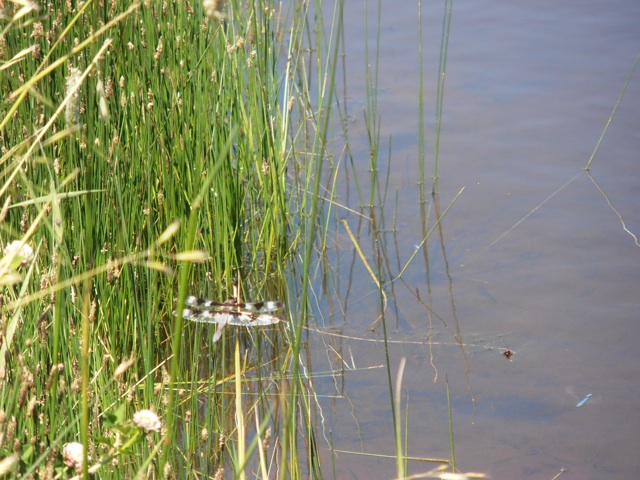 I never could get close enough to REALLY capture a dragon…
Perhaps I needed Pooh beside me!
****
Self promotion is a difficult thing for me to do, but I do try, on occasion, to get this blog OUT THERE and increase my readership.  Attendance is doing quite well, but on a whim I entered my story about the bald eagle in a contest.  Remember Snake?  That entry was one of 1,000.  I’m thrilled to say it made the top twenty in the Visual Category of BlogHer’s Voice of the Year!  I’m just tickled pink… which is just faded red… Thanks to BlogHer and the judges that made Red Dirt In My Soul visible to many more readers!