Lightning and thunder and minimal rain… which quickly meant, once again… FIRE.

My guys grabbed their Nomex and the Fire Truck, and off they went.

I manned the phone, calling neighbors, the county grader, and whoever needed to know.  Then I was sent to our Lookout Hill, to see what was what.

Two local fires were started, and so far we’ve been lucky, they’ve been knocked down and contained by our volunteers, which is good because the BLM is sitting on a fire close to Thermopolis of about 2,000 acres.

Here it is midnight, and I still haven’t posted the baskets… I’m sorry, but Life got in the way!  (and by the bye, since I woke up at 3:30 this morning to move cows… this day has become vewy vewy vewy LONG!

Oh, well… back to the baskets!

First is the Walt Longmire Basket! 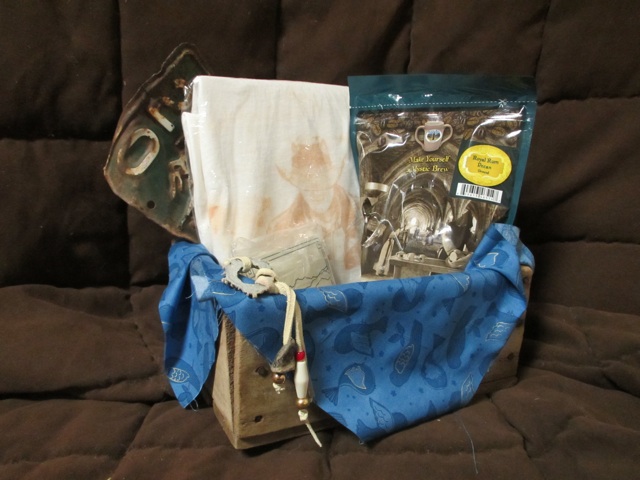 A vintage wooden box is filled with: 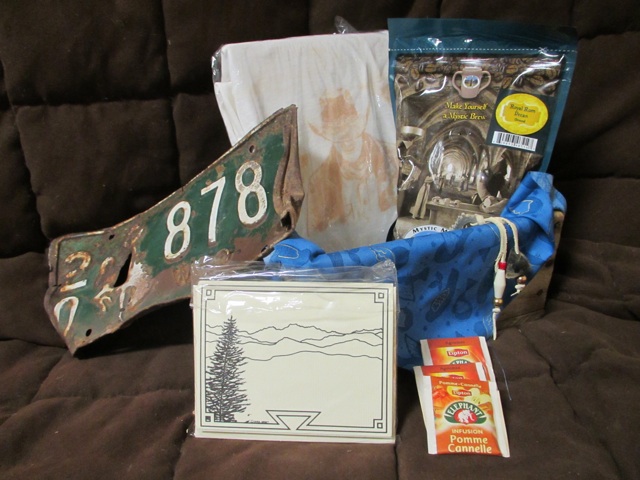 Next is Henry Standing Bear’s Basket! 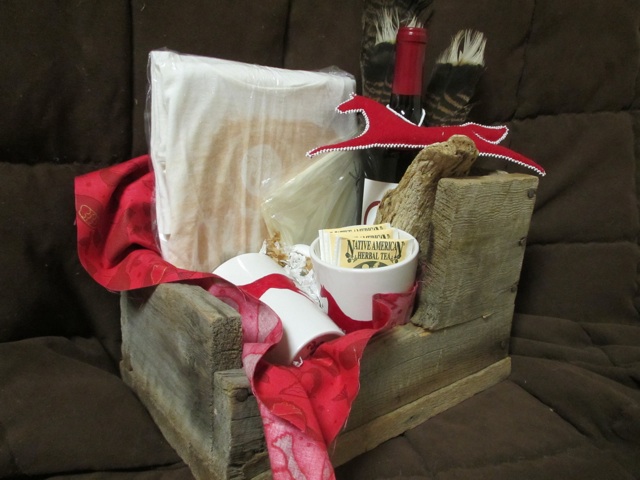 Included in this rustic wooden box is:

Now the absolute coolest part… Lou Diamond Phillips, who plays Henry Standing Bear, has volunteered to autograph the Red Dirt Shirt!  You buy it, he’ll sign it!  (We could have done this beforehand, but I didn’t get around to creating it until too late to ship it and return it, so it’ll be up to you!) 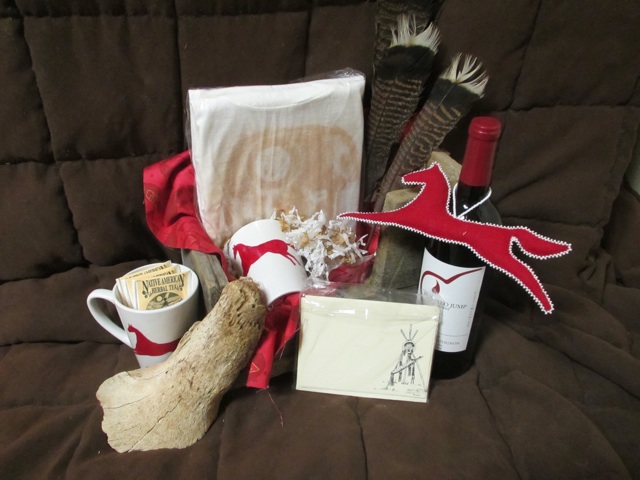 Should you be interested in bidding on these, you can send your highest bid with contact information to reddirtinmysoul at g mail dot com.  I’ll play ebay for you during tomorrow’s silent auction!  Your bid must be in no later than noon Mountain Time, so I can take it along with me to the “Cowboy Up” with Craig Johnson BBQ and Fundraiser!

Thanks, this will be fun!  (fires permitting, of course!)