As Jaxon was being born… a cold front was moving into Wyoming.  The prediction was for 2-4″ of snow, and much colder temperatures.  Amazing how dropping barometric pressure can bring on labor!

We started receiving very light snow a couple of hours before we decided to drive to Worland to see Jaxon.  We didn’t think about it too much, usually we’re in the bad weather and Worland doesn’t see a drop of moisture.

Well, not this time.

The weather and roads both degraded into the Blah Level One the closer to Worland we drove.

After our visit, and supper, we headed east.  At the city limits, my windshield wiper croaked.  Good timing.  The snow is coming down heavily, it’s dark, and the wiper is toast!

Luckily, Tess’ parents were behind us, so we jumped in their car with Vernon driving since visibility was so poor.  The Durango was left on the side of the road.  The highway was now Eeeek Level Three.

TWO AND A HALF HOURS LATER, WE ARRIVED HOME.

It should have been an hour’s drive…

I measured the snow this afternoon at 9″!  Johnny measured .8″ of moisture in his 7″ of snow at his place.  This’ll put a damper on the drought conditions… and make for a good story to tell Jaxon about his birth! 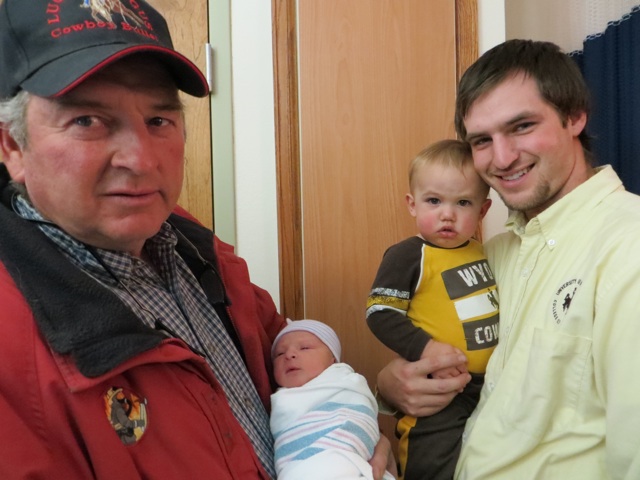 For proof of snowfall…

I caught a quick photo of the elusive Aldeberan porcupine, who emerge from their dens only during snowstorms.  This is a particularly impressive specimen, quite large with extensive quills.  Thank goodness the cold of the snow also slows them down, and so I was in no danger while taking this pic!  Generally, they aren’t *too* aggressive, but who would want to risk it? 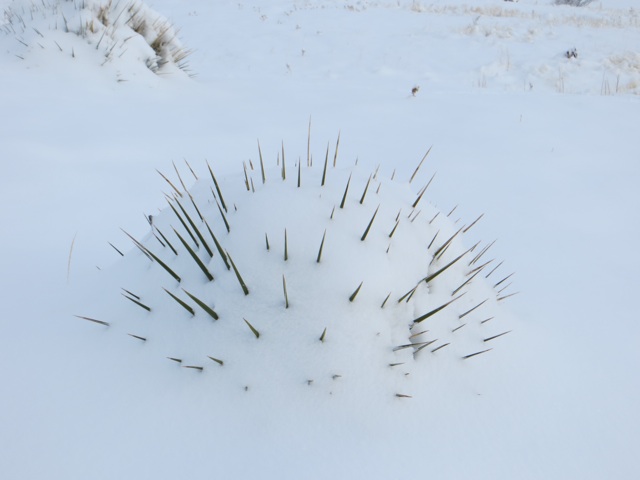