While on the phone with a Dear Friend of mine, I was multi-tasking, telling her what I was making… she, giving me her version…  Let me back up a bit.

I’d seen these beautiful Christmas decorations… and they were SIMPLE. 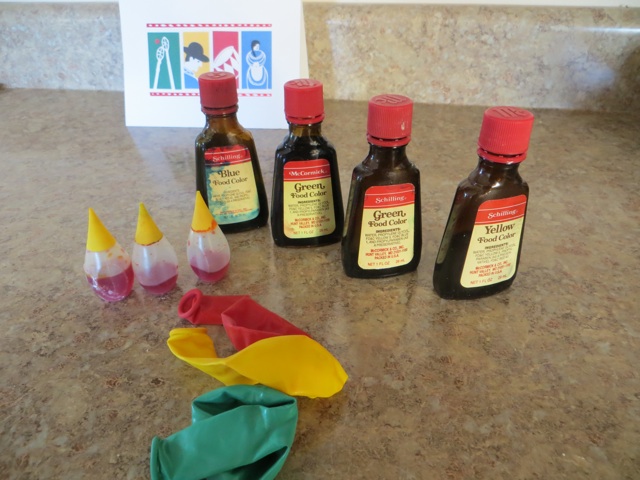 I can do this!

With the phone tucked up under my neck, I dropped a plentiful amount of food coloring into the balloon, stretched it’s neck over my bathroom sink faucet, and proceeded to build a colored water balloon.  I would have done it in my mud room sink which is much deeper… but I have a little whale fountain attached to the faucet, and didn’t feel like yanking it off to fill the water balloons.

The shallow bathroom sink helped hold up the balloon as it grew.  It turned out to be a tradeoff.  Easy to fill.  Much more to clean up when the balloon got away from me while trying to knot it!  After my first accident while on the phone with Jan, I stopped.

Threw my green spotted bathroom rug quickly in the washing machine.  Wiped down the countertop, mirror, floor, and sink.  Sat down and listened to Jan tell me that for a bit, it was all the rage in Riverton to get milk cartons, freeze some outdoor lights in each one, creating an entire string of lighted ice.

Come to find out.  I should have taken Jan’s idea.

After the phone call, I continued.

Two more balloons got away from me!  My bathroom rug was still safe in the washing machine… and the sink was very clean after three washdowns!

I took the balloons and set them outside my door in “decorative” piles.  I figured they’d freeze with flattened areas on them which would make them easier to restack. 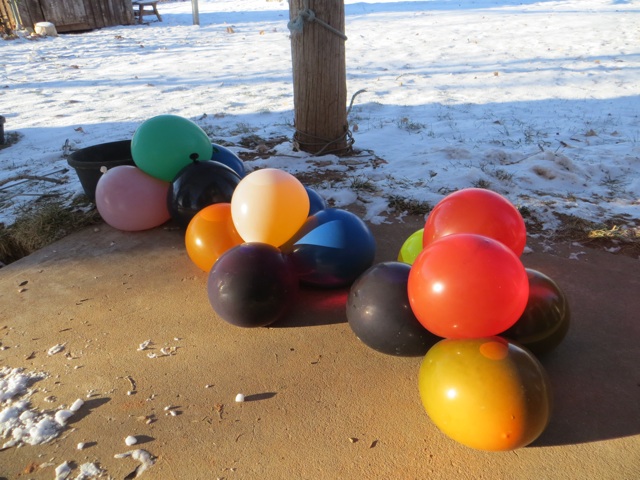 It got down to 2º that night.  Going out the door Monday morning… some of them were not frozen!  How can it get to 2º and not freeze water?  I threw some in a box, and took them to the library and sat them outside.  It never got much above 18º but when I returned to decorate for the Open House, there were still balloons unfrozen!

Well, work with what ya got… so some clear and some VERY dark blue balloons were stacked by the stop sign and I stuck a battery operated light set under them.  The clear balloons actually had holes in them, and putting the lights in there really made them glow.  They were not impressive. 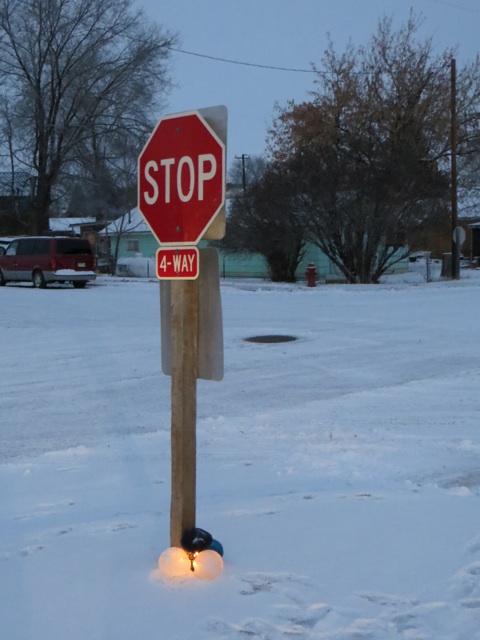 Today, another chilly day, I walked outside to set up *my* balloons.  I grabbed one, and pop! the frozen latex burst and yellow food coloring ran everywhere.  I now have a pile of yellow snow and ice right outside my front door.  Very Attractive.

Some of the others still weren’t frozen solid… but good enough.  I scattered them along my sidewalk and added a string of lights.  Some had bowling ball style holes in them, and I shoved lights in if possible. 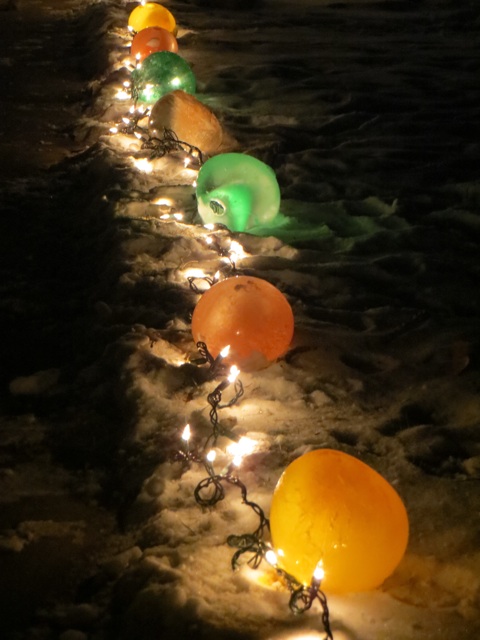 They aren’t perfectly round.

I shouldn’t have stacked them, it warped their shape too much, and kept some from freezing. (I guess)

Most had too much food coloring, a few drops would have been fine.

Some I must not have shook, as the color is concentrated in one area… though it froze in a gorgeous thistle blossom style. 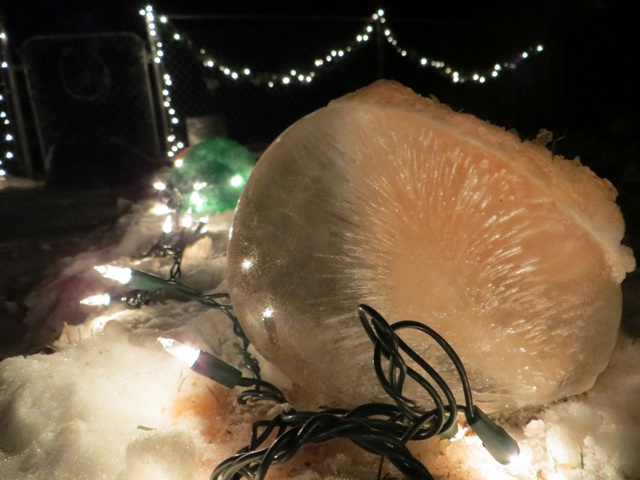 While darkness gives it a great look… It needs tweaking.

I covered the lights on the other side of the sidewalk with the cut trimmings from my tree.  A mix of this style may hide a lot of faults!  More colored ice balls may be in my future, with garland in between. 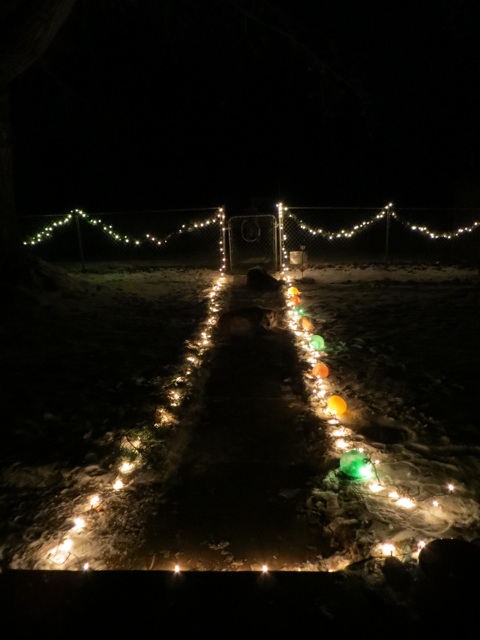 But honestly.  I think Jan’s idea would be the way to go.  No messy color to deal with… glowing lights in the ice… but, hey, I had to give it a shot!