Look who gets to free range! 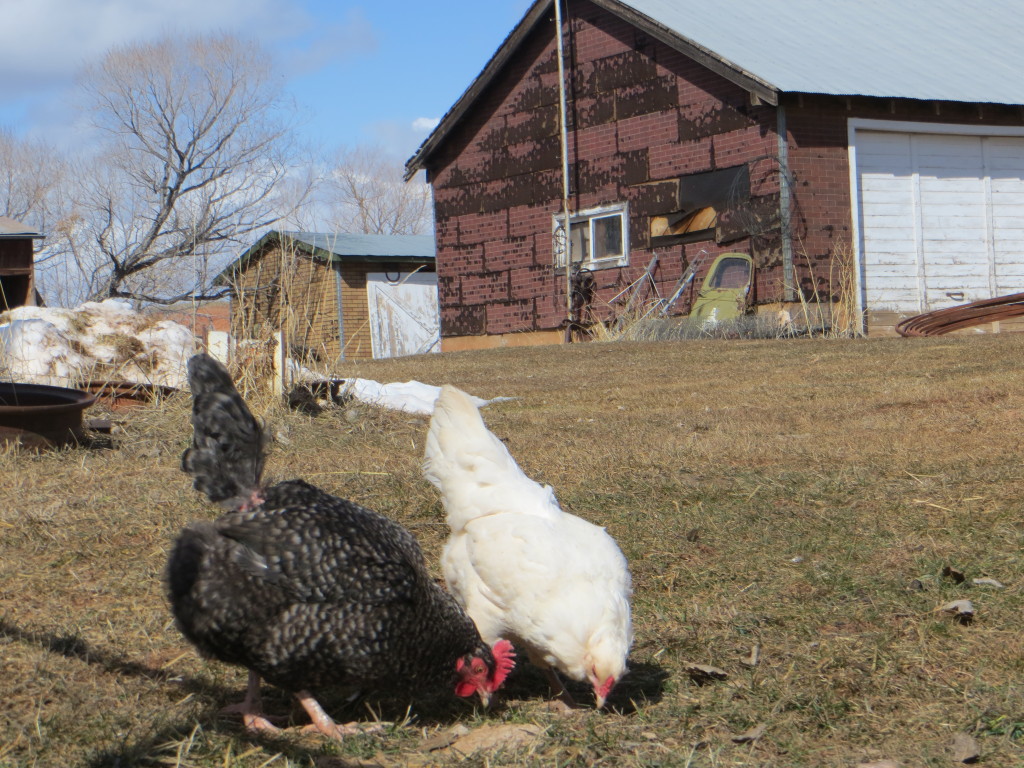 Yup, I was going to do this anyway once the snow began to leave… Highly Supervised… but now, since Elsa-the-pheasant-killer is happily running through Dog Heaven, I’m doing this in Less Supervised Mode.

Lucas-the-original-chicken-killer, watches, and is 90% unfazed by them.  They don’t seem to excite him, although he had quite the wary eye as they pecked and scratched within a few feet!  Not that I would lock him in the chicken coop or anything, but he passes the Less Supervised Test as well.

And, my! the girls are happy!  They have returned to the coop to lay their eggs, and have wandered through the mud and crud in splendor.

3 thoughts on “Made Me Laugh”