I played in my studio… perhaps I should just call it my Playhouse!

The wall that is crooked and out of plumb and not square is playing with my head… and I only have a quarter of the thing done!  I sand and grind and chisel and saw and 45 minutes later I get one board screwed to the wall! 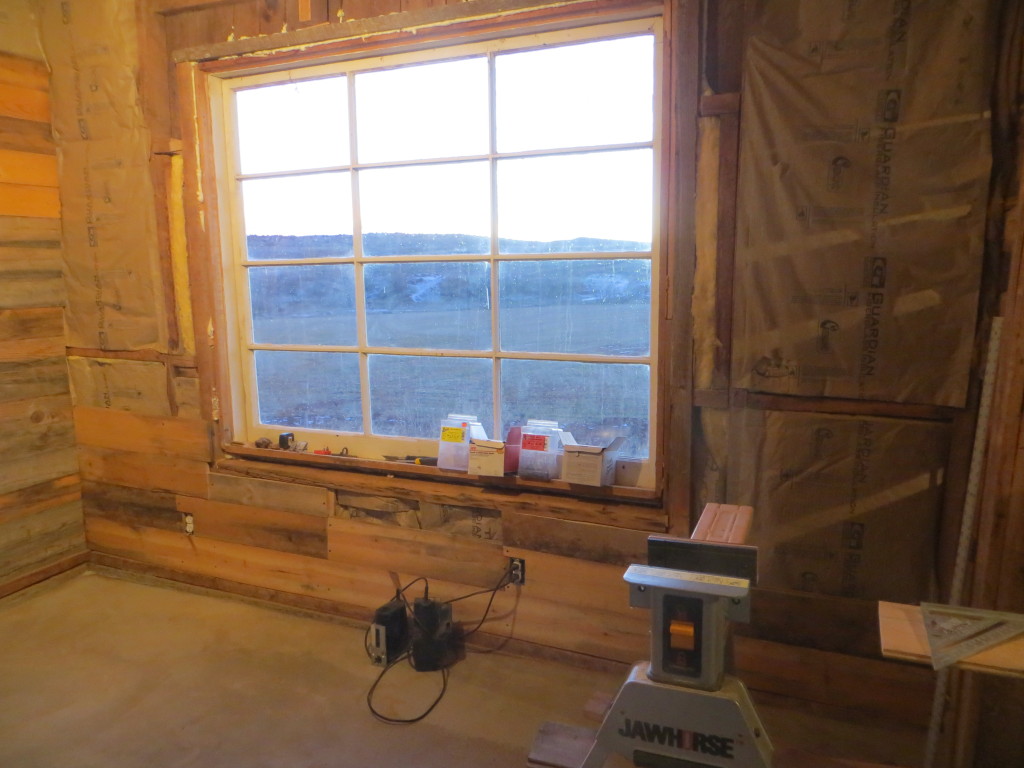 Once I finish below the window, the next bit *might* go a bit faster, as it is the *level* (ish) part of the wall.  Then I’ll be fighting the boards above the window again!  I do hope that I can start being creative with it, installing boards of different thickness in some sort of randomness that I’ll (hopefully) love!

I did hit the Frustration Level, though, so I moved onto working on my door.  I hadn’t installed the door stops on the outside, and wind was pretty good about sailing right on through!  That also proved to be a challenge to do by myself, but on the third try, I got it!

Then there was the matter of just insulation stopping the wind where I had squared up the door.  I thought this might work… but, well, I’m not convinced. 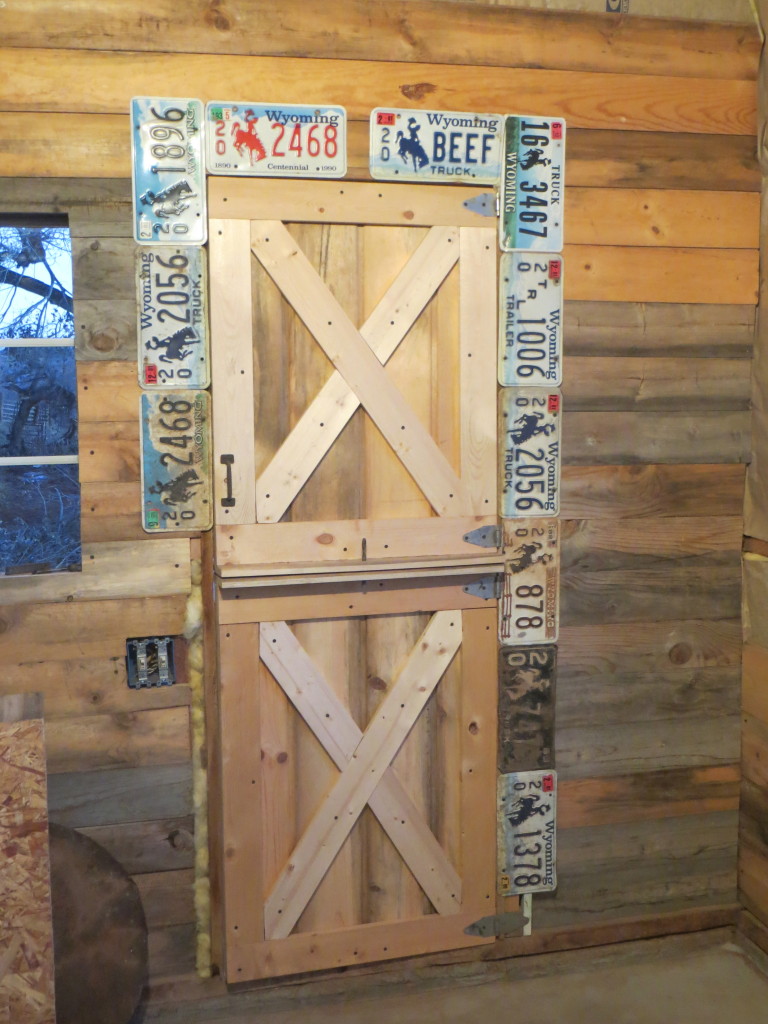 Using straight boards to trim out the door could be an option, but it would call for lots of ripping of boards to fill gaps.  I thought the metal of the license plates would allow me to bend and cover those gaps.  Well….

I probably should have overlapped them as well.

And maybe caulked them on the back to stop the air from passing under them (plus boxelder bugs and flies and wasps!)  They are just screwed in place now, so I can reposition them… but they aren’t covering the gap like I’d hoped.  Once I bend them down, they interfere with my door…

This may be a fail…

But for now, they do stop a lot of wind, and with winter coming, that’s a Good Thing! 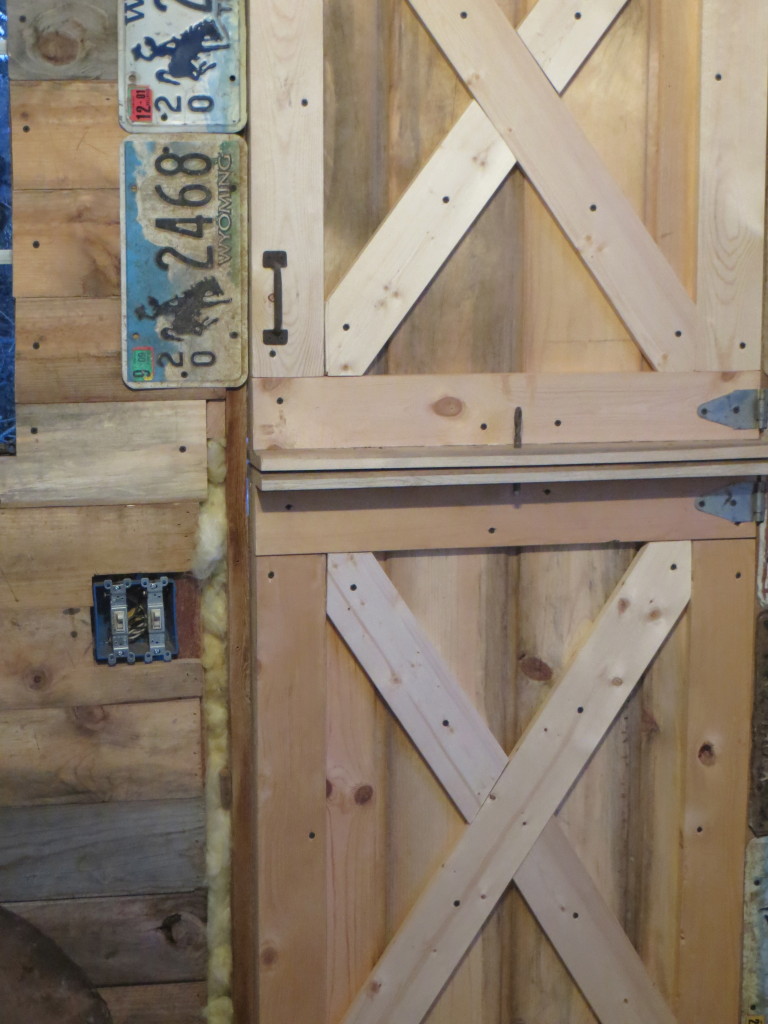 I’ll continue to play… and see if I can figure out something that works!