Today included a mad dash over the mountain and back for the twins’ unofficial birthday party.  We’re four days late, but they didn’t seem to care!

You know me, I couldn’t resist trying to make something!

They’re big readers, well, as big as two year olds can be… so I decided to make them their own board books!  Waylon is the animal kid… loves my chickens, loves to ride horses, always looking for cows…  Wyatt’s the machine kid.  Leave him in the Rhino, and he’s happy.  He’ll crawl on the four wheeler or the lawn mower or even better, the tractor!

It was easy to figure out what my “themes” were going to be!

First, collect some heavy coasters from your friendly chain restaurants… 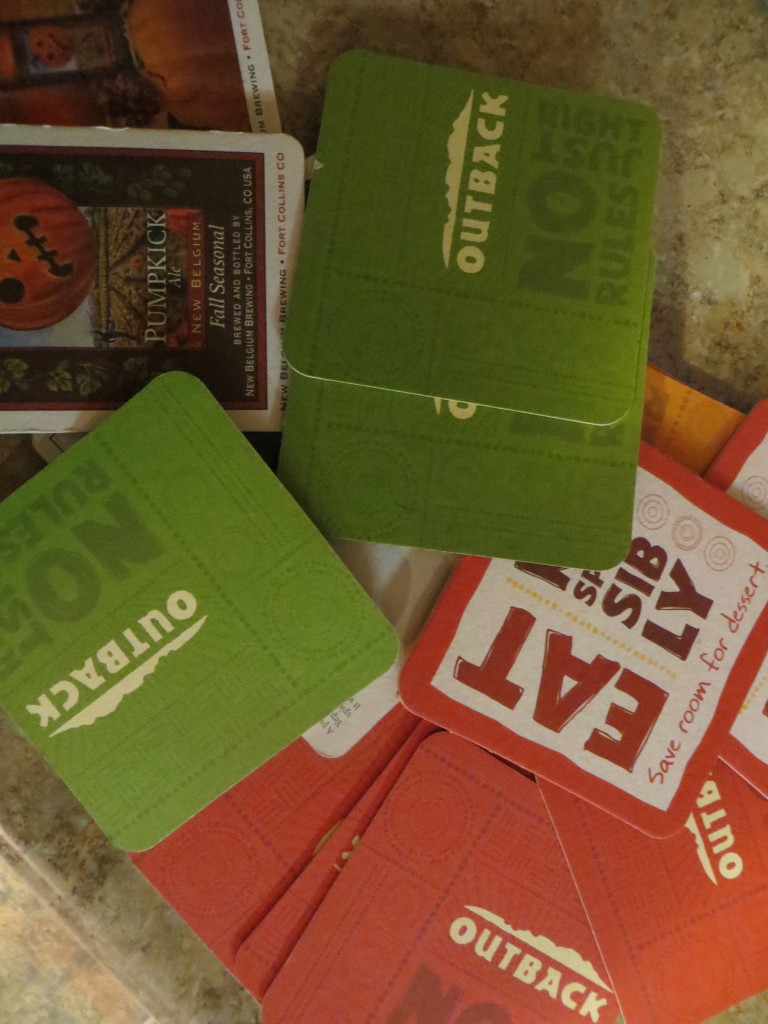 I chose to then cover them in white gesso… hoping I wouldn’t have to use so much paint if I did!  Well, the coasters soaked up the gesso… imagine that!  So three layers of gesso later, I chose a few colors to use.  That took a couple of layers as well!  I chose to leave the edges irregular and leave some of the original coaster color visible. 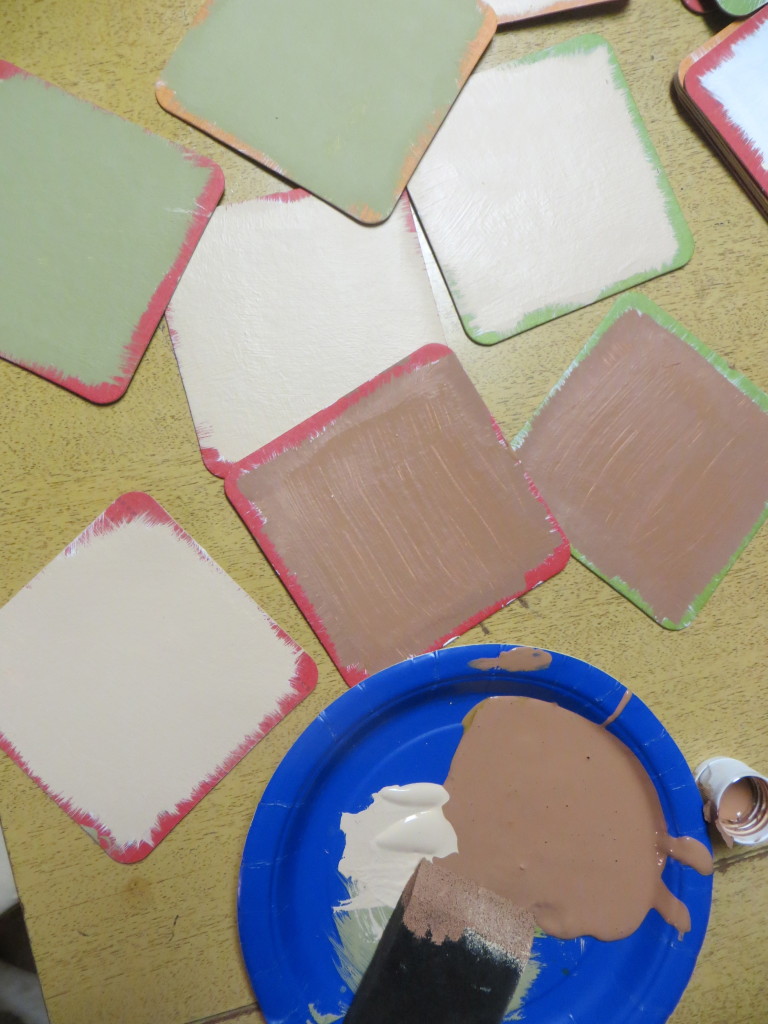 Next, I hit my zillion photos on my computer… It took a while to find good enough photos to use, but I managed!  I printed them on sticky note photo paper… I was thinking that was a good idea.  Eh.  Maybe.  Maybe not. 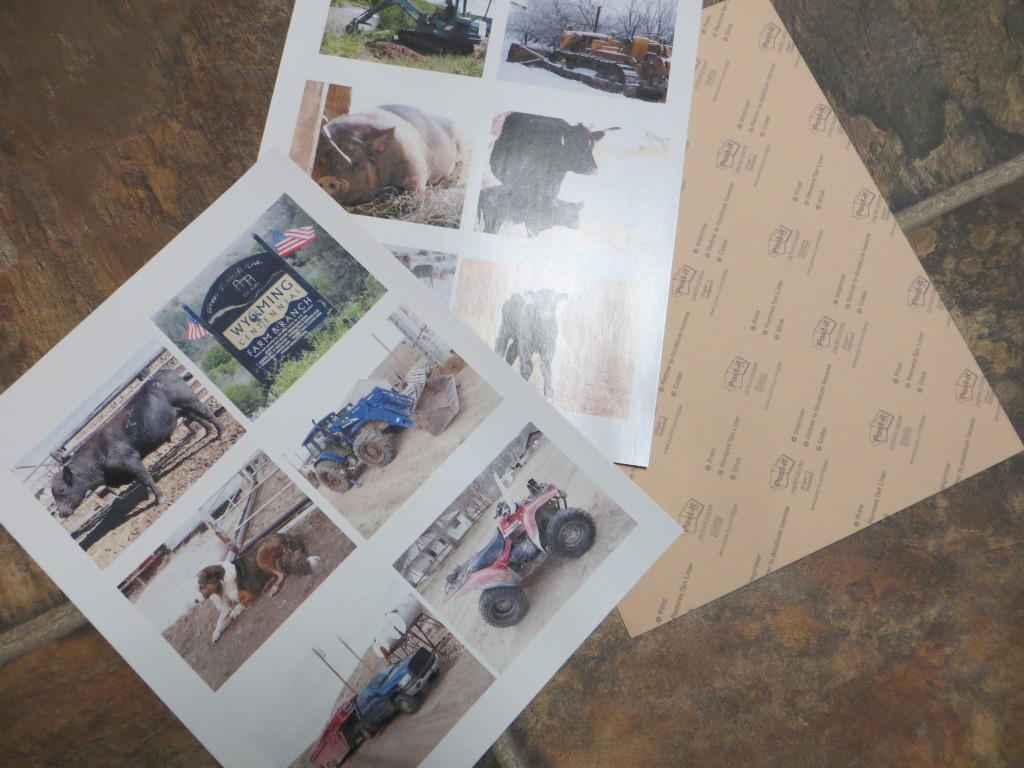 Then I cut them down with rounded edges to match the coasters. 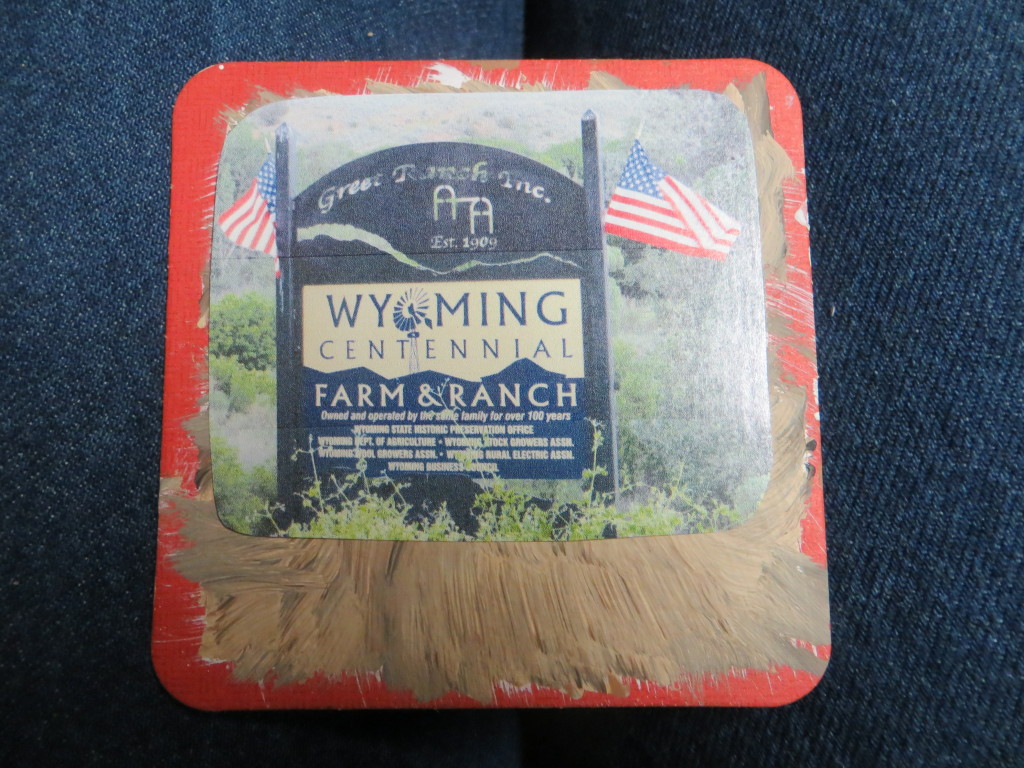 Cute.  But not cute enough!  I had to embellish.  Had I had more time… ooooooh, I could have gone crazy with this part!  (But ,of course, I procrastinate, and HAD to get them done!) 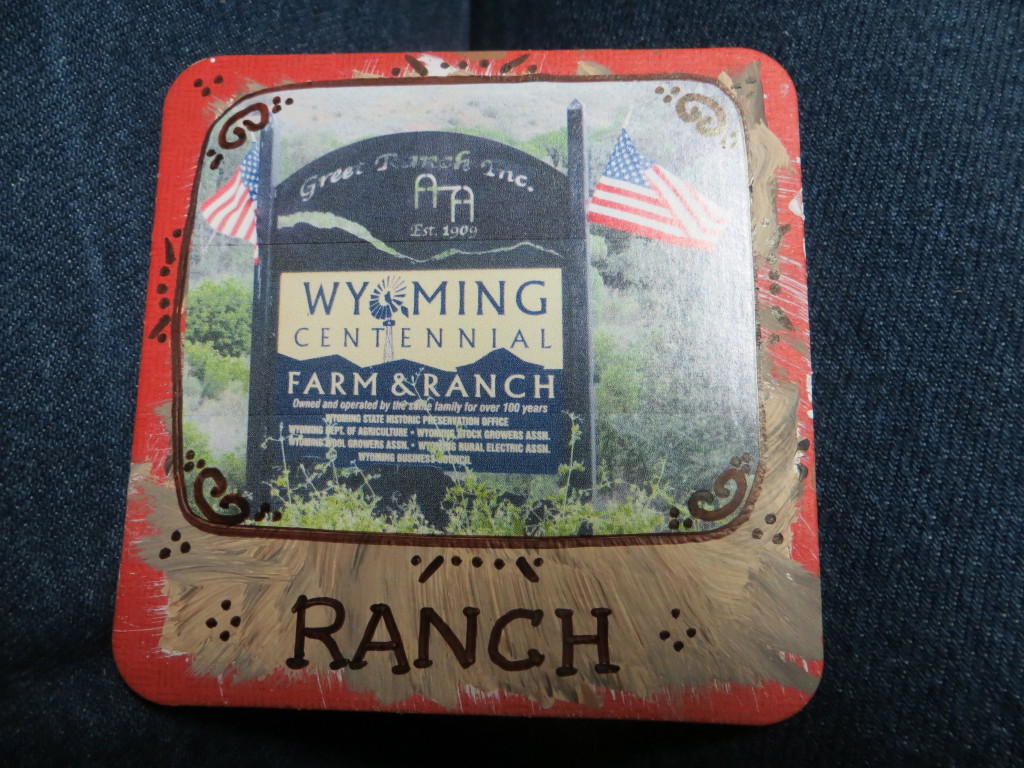 Then the rest of them! 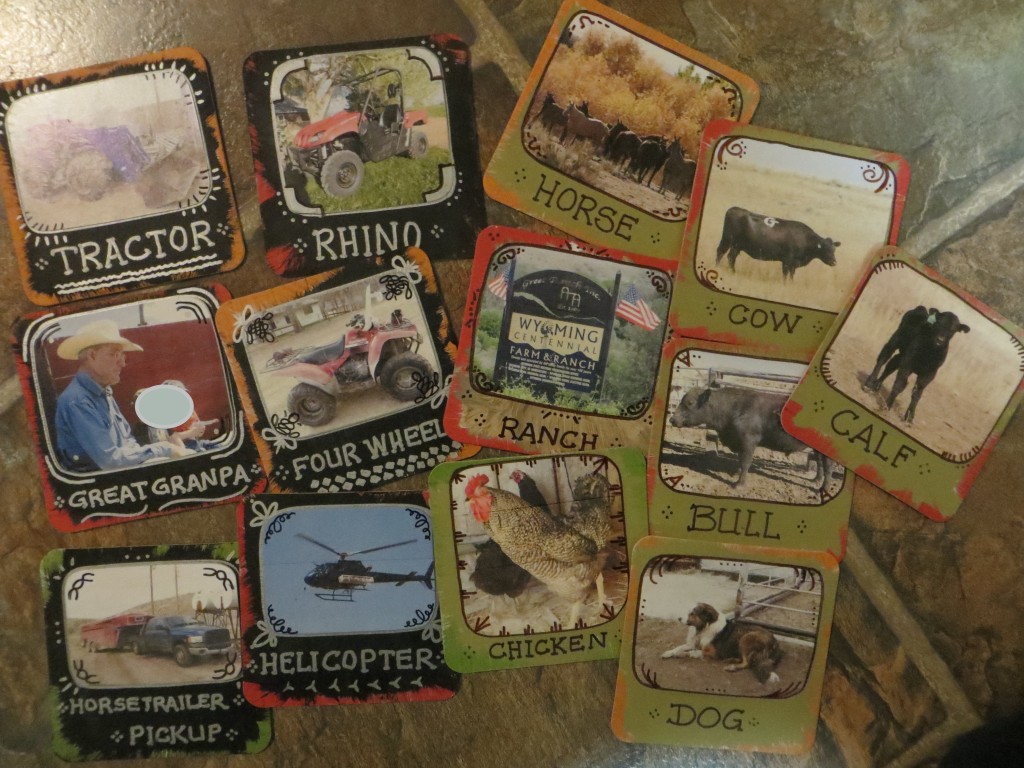 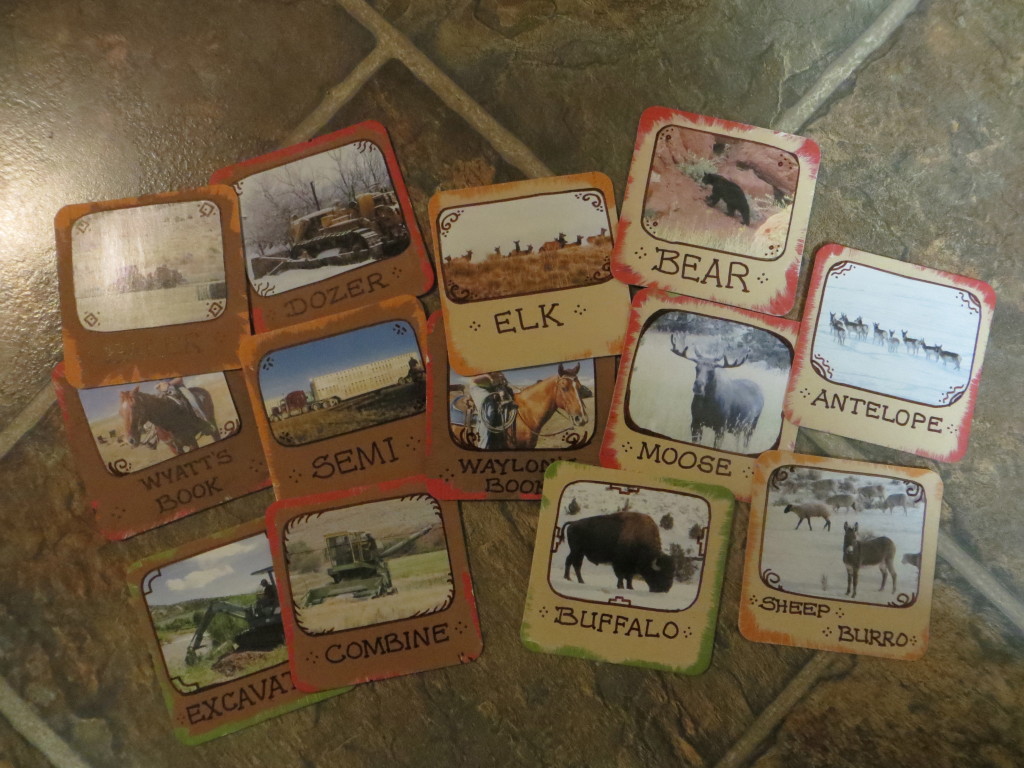 Then.  I made a mistake.

The photos aren’t stuck on well… so they needed laminated or covered or sealed.  I have no laminator, I didn’t have clear contact paper, so I chose Mod Podge.  OH, how I wish I’d not done that!

First of all Mod Podge wants to wrinkle your photo, so it’s a struggle to keep it mounted flat.  Then, it needs time to dry.  And I mean DRY.  If I had done this a week ago, maybe it would have been ok, but trying to do it the morning of the party, and drying with a hair dryer IS NOT TO BE RECOMMENDED.  UGH.

I THOUGHT  they were dry enough, so I stacked them in order to place the hole for the ring in the same spot.  Three minutes later, I had photos stuck together and then ruined as I pulled them back apart.  I was crushed.  They had looked so cute, and now, they were gross! 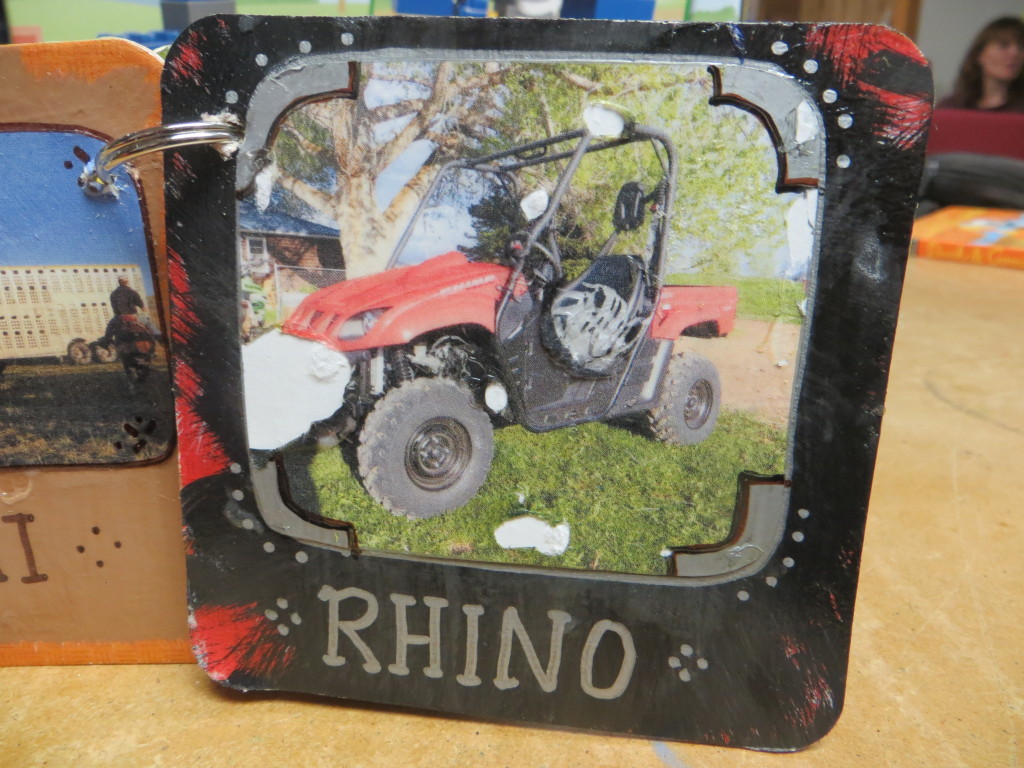 The white is where the photo has pulled apart.

I gave them to them anyway… and told Toria to bring them back over Thanksgiving and maybe I can repair them.  It was my first try… and not quite a success!  Now I know better… and I’ll just have to go eat at one of those restaurants again!  and get some clear contact paper…