The guys decided it was time to start feeding the calves and heifers extra hay.  They’ve been on our fields munching away, but it’s time.

Vernon and I took the far end with the Rhino.  It was 50 degrees on Wednesday.  Sunshine.  Cold on the windshield-less Rhino on the highway, but nice when we’d slow down.

Then, of course, there’s always one in the bunch. 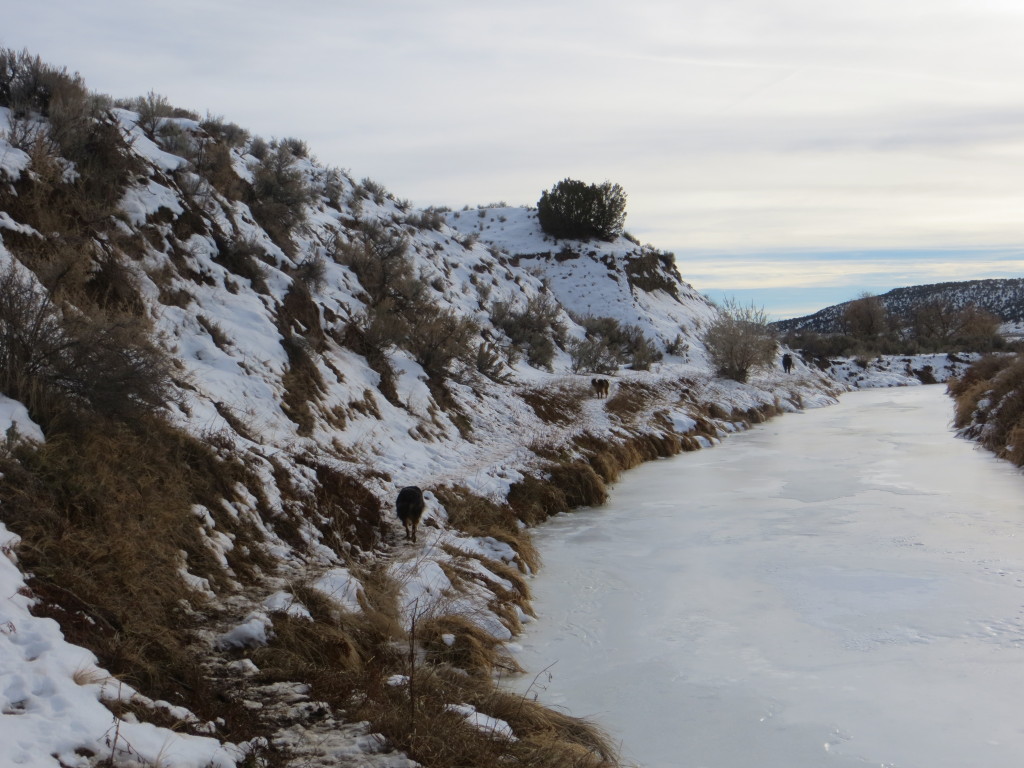 See that calf between the bush and the creek way up there?  Obviously, we’re not following it in the Rhino.

I was overdressed for hiking, but followed her way up the creek before we got her turned around… no passing lane here!  It was good, though, managed to pick up a couple of the neighbor’s cows as well!

A yeehaw and giddyup here and there, and we put the three on the highway and trailed them down to the feed ground.

We met up with Daniel and Boomer, and took off for a few more… 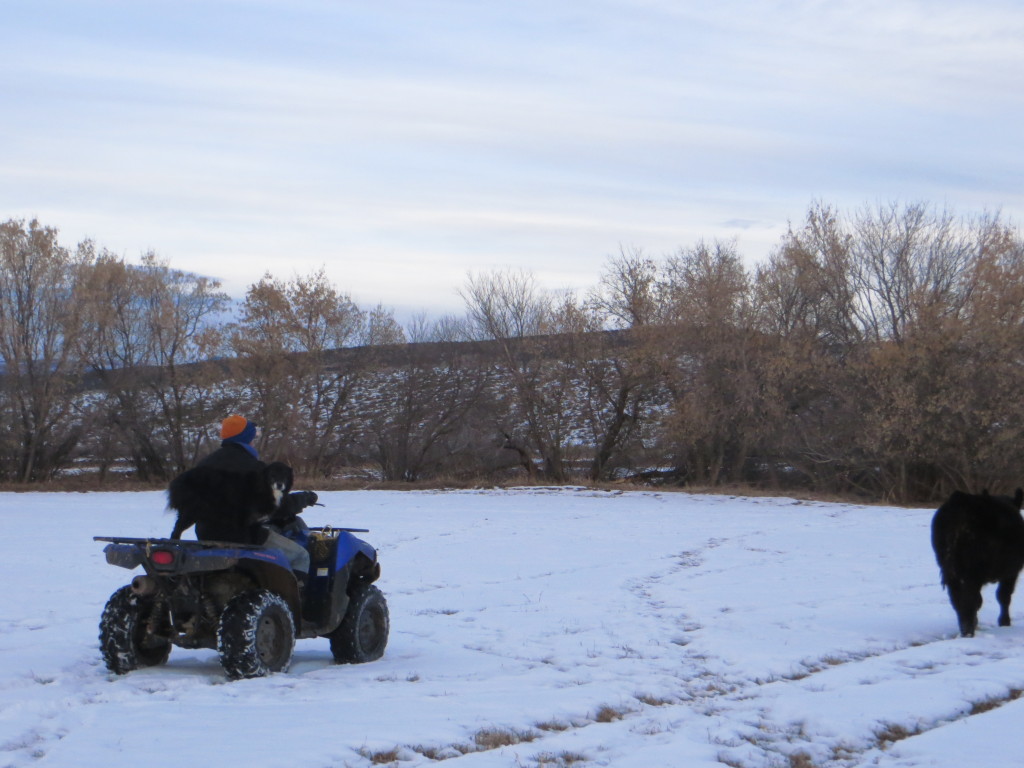 Finally, they were all in the general area and the boys pitched them their first hay of the season!