It’s snowing again… another four or five inches and more coming down… at least it’s warmer!  Let’s do this!

Marilyn: Going back to my question of a couple days ago, I am wondering what kinds
of gear is “standard” when you are spending a whole day “in the saddle” –
thanks!

Hmmm.  A little variation depending on the time of year, but let’s see… I have my little front horn bags to pack stuff in most of the time, so I can take a fair amount.  Water bottle (usually half frozen to keep it cool longer!), collapsible dog bowl (depending on where we’re riding and how much water there might be along the way (sometimes a water bottle for dogs too!), camera for sure!, I try to keep a bandana in there (useful for so many things), a string of baling twine (ditto).  Now in my pockets I have kleenex (gotta have), some hard candy, chapstick, pocket knife, fire starter/lighter, and a silk neck scarf and gloves.  I may throw in a granola bar or two, or dried fruit, whatever I might have… just in case!  I dress in layers so to be prepared… and that’s about it.  I try not to overload, but I figure I might as well pack some food… some days are Really Long!  The guys don’t take anything, though they don’t refuse my offer of granola bars sometimes either!

No.  We did it for two years.  The superintendent down here has asked me other times to return, but that’s easy for him to say.  Teachers have to make time for us, and they just never got around to it that third year and so I let our certification lapse.  It really is too bad, because we both enjoyed it.  I checked with the hospital (no way), and the rest homes let dogs visit their owners on occasion anyway.

Judy: Question… what method do you use to keep your chickens warm in winter and do they go outside in the pen during the day time even in the snow?

I use a single heat lamp in their coop.  I leave it on constantly in this extreme cold.  I do let them out, or at least open the door, and if the sun is out, they will come out and peck around.  They’re not crazy about walking through snow, but if it melts back a bit and they can get to dirt, they’ll be out there scratching around.  We’ve now a foot and more of snow on the ground, except where Vernon’s bladed or there’s ruts, so they don’t travel far.  They’re still free range chickens, but they’re fair weather free range chickens!

GD: Did I somehow miss the story about that adorably little calf? What was it?

That was last spring… probably March!  He was just chilled down from being born in a storm, and we had him inside to warm up.  I’m designing my downstairs bathroom with calves like him in mind…

Meadow Lark: You have 2 sons that work on your property and I’ve only read about 2 homes. Do your sons and their families share a house or does one family live “off-site”?

Daniel and Tess live in my old house and Brandon and Megan live just out of sight from me up here at the Mills place.  I probably just haven’t mentioned Brandon’s because I never lived there!  Johnny has his own place as well.

Gina: I am glad that it is question time again. My husband and I need to purchase a new camera and are wondering what you use to take the great pictures we see? And do you have any suggestions for great picture taking? (opps that is 2 questions)Ok here is another, how do you carry the camera so that you have it ready for those great pictures? Our last camera was a pocket sized one, which we kept in our pockets often, and now it is grinding when we turn it on – culprit is sand and dirt. I would love to hear what you have to say!

Oh, Gina, I’m SO hard on cameras, and have written about it!  I’m using a Canon SX260hs right now.  In fact, I bought a new one because this one has been giving me little signs that it may be on its downward slide, but it has lasted MUCH longer than some of the others I owned.  I loved the Panasonic point and shoot, but I had a series of them for a while, each lasting only 3 months before the dirt ruined them!  It’s the one I always carry, stuck in its case, stuck in a pocket.  I leave it unzipped (unless having to trot a lot or if there’s tons of dust), just so I can pull it out quickly.  I do have an Olympus E-500 that I love, the quality is amazing, but it is just too hard to pack around in this dirt!  If I’m driving somewhere, the Olympus is there, but otherwise it gets left at home.  Best tip for taking great pictures, besides taking a LOT of photos?  Don’t just stand there, change your perspective, bend over, squat down, lay down, hold the camera up high, shoot… tip it sideways!  I used to take what I called OOPE photos (Out Of Pocket Experience) when my camera was big and clunky, just aiming the lens out of my pocket, and I actually took some good pics that way (unusual, but good!)  Here’s some pics of me proving my point!  Thanks to C. for the portraits of me! 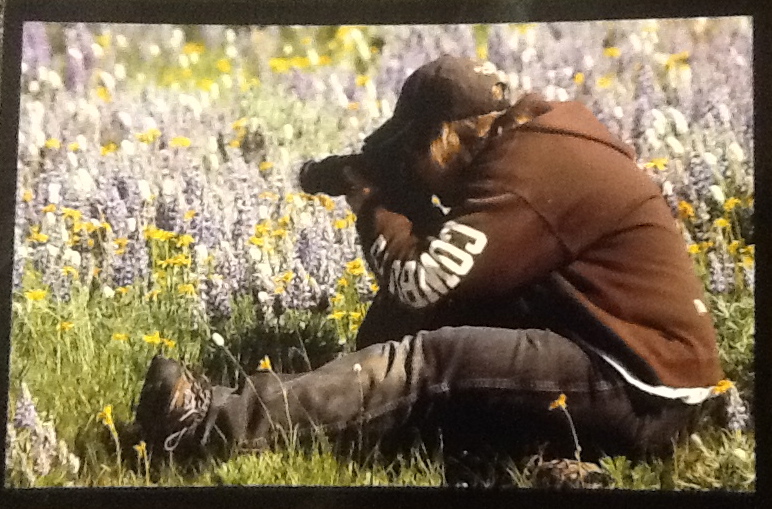 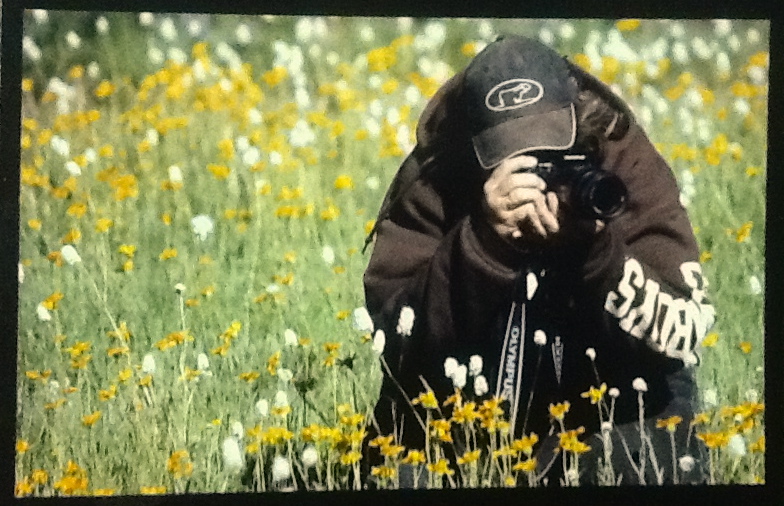 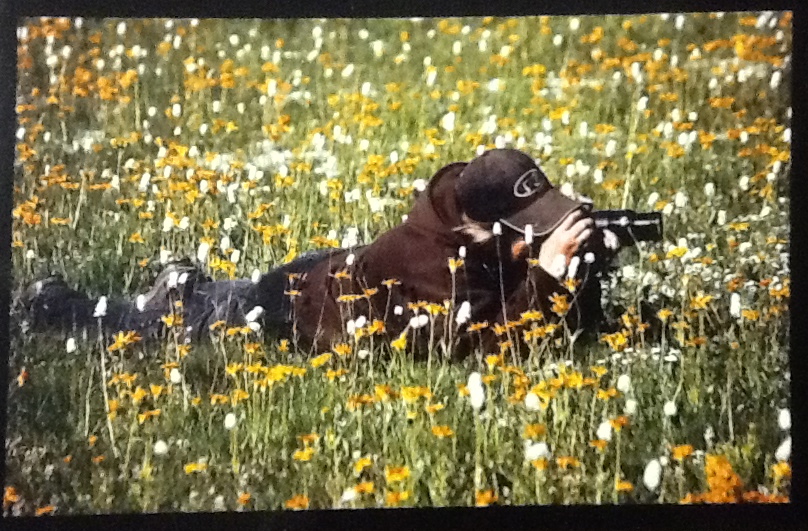