On my way over the mountain to Kaycee, I stopped and had the opportunity to photograph a neighbor’s branding.  It isn’t often that I get to crash a branding and not have a job!  There was plenty of help, including two familiar faces. 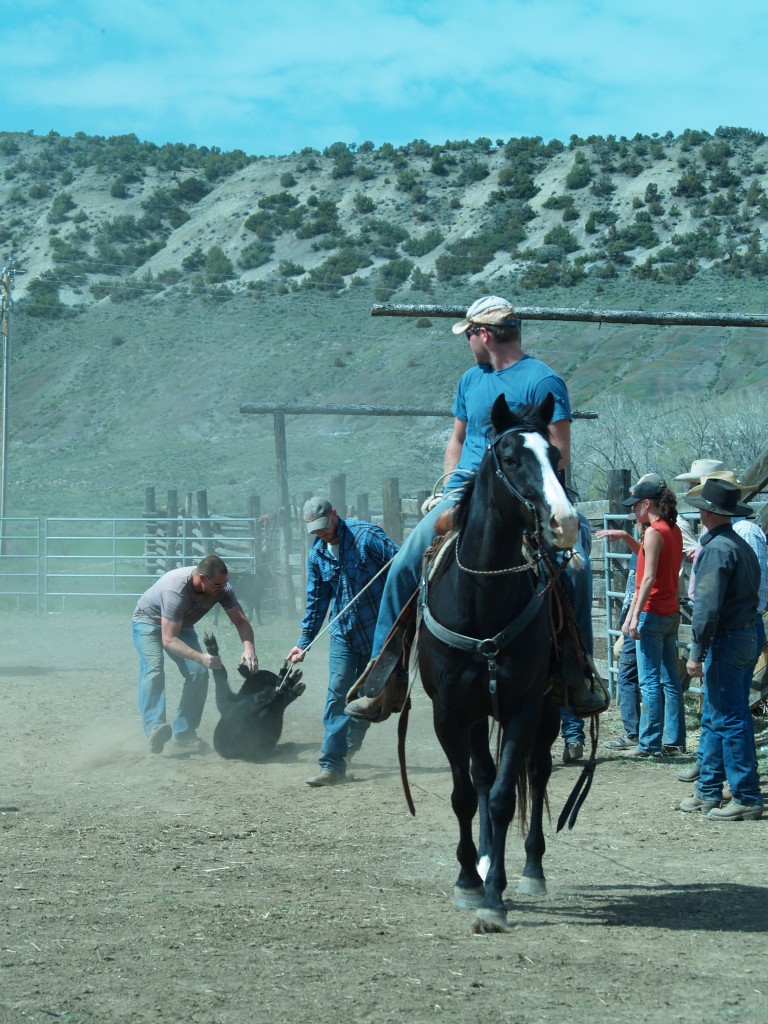 Daniel and the black horse were working quite well together… Remember, Daniel’s always rode Big Rooster to most brandings.  But black was calm and cool… good horse! 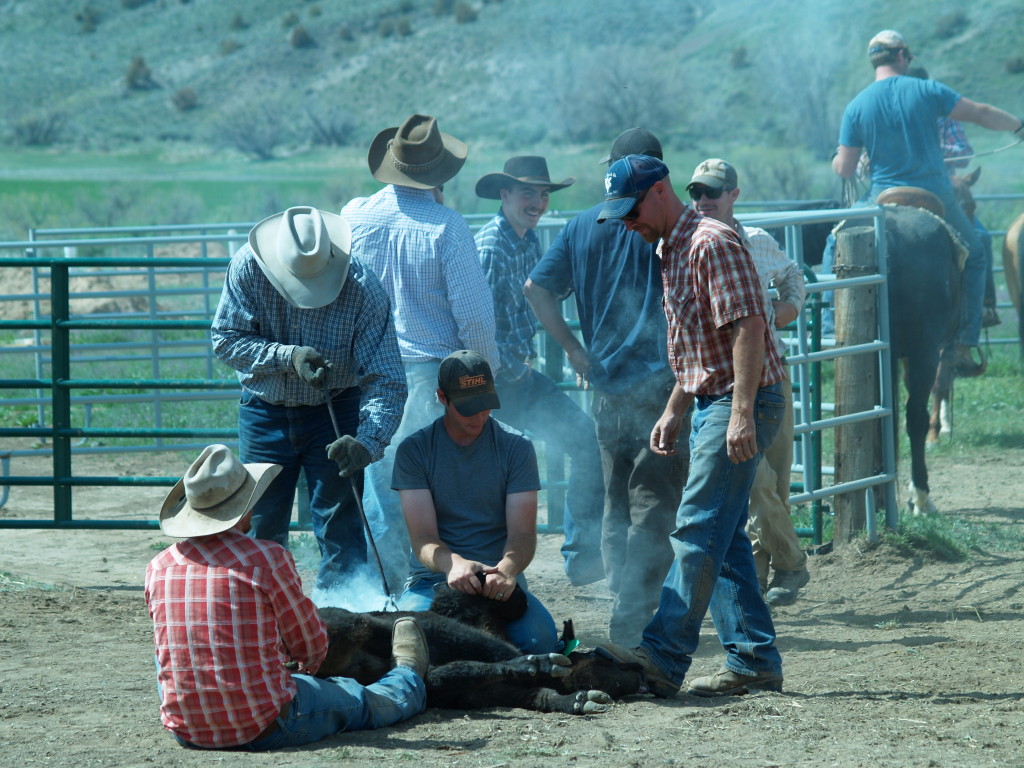 Brandon was there on Rio, the blue horse, and he was Very Calm… Of course, you can’t just rope, you have to take your turn at wrestling calves…

It was a fun diversion and the very last thing?  The last little calf eluded the last four ropers… and zipped out the gate. 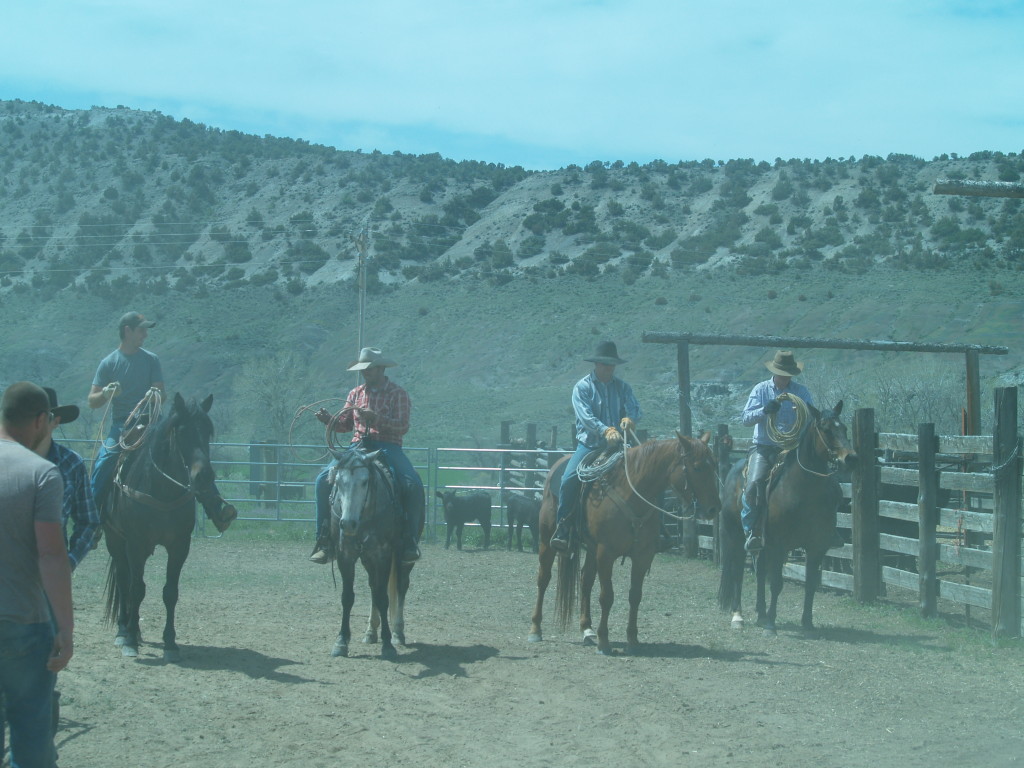 Daniel was there in a flash and grabbed hold of him around the neck, with a couple other guys having to jump in and help.  He has some speed on him, the calf, I mean, and I was impressed Daniel got hold of him.  He saved a lot of work, they would have had to chase the calf cross country until he was finally roped!

Looking back on it, Daniel could have easily been hurt, but it all came out for the best… and everyone laughed and gave Daniel a pat on the back…  He had a big grin too! 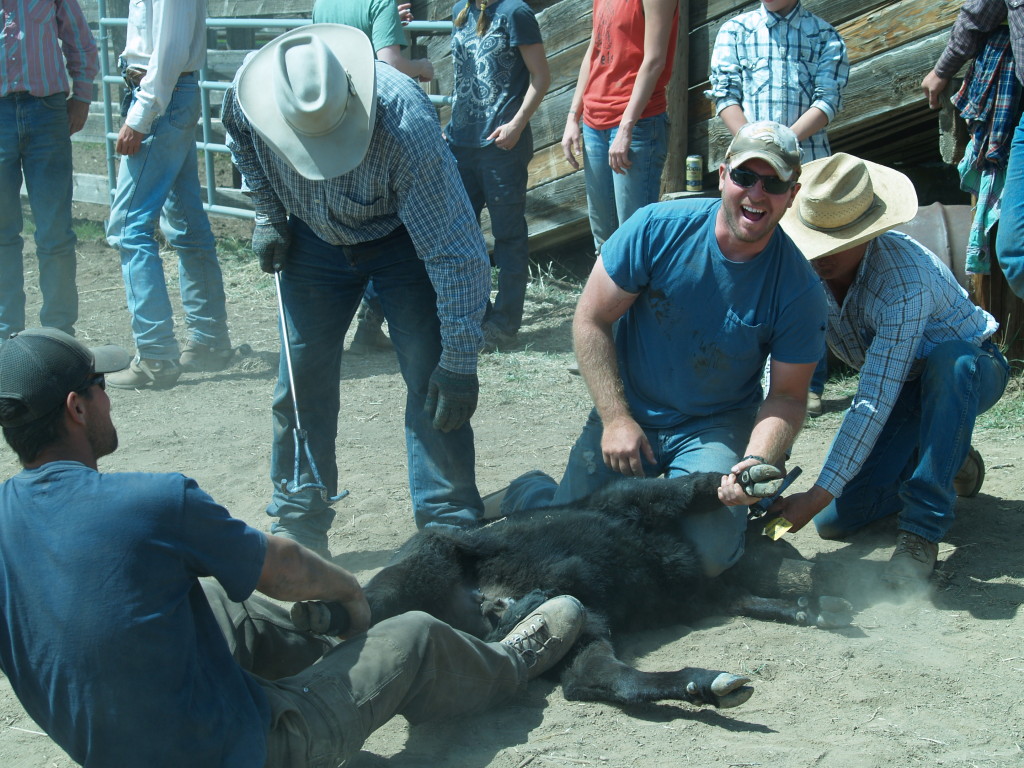