A little geologic curiosity has occurred near Ten Sleep, Wyoming.  We seem to be the focus of national and international questions about the Ten Sleep Gash, aka Big Horn Mountain landslide, which happened south of town in the past month.

It was first reported by SNS Outfitter and Guides on their Facebook page.  I saw it soon after posting and thought “Cool… I’d like to see that… I wonder where it is?” but, honestly, didn’t give it TONS of thought! 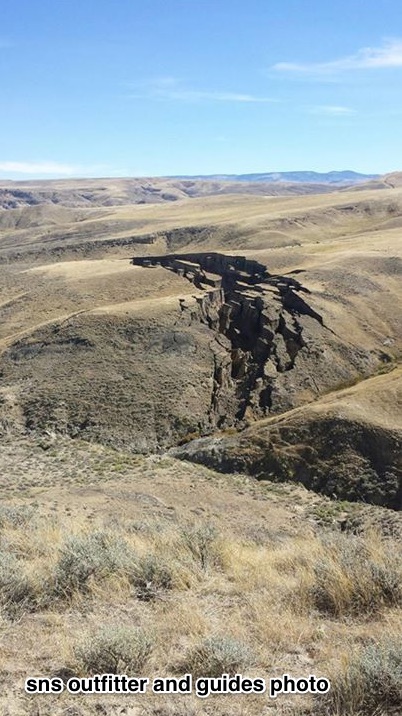 A couple of days later… after many comments and shares on Facebook, they posted another photo… One that included a hunter walking along the edge… giving a little perspective. 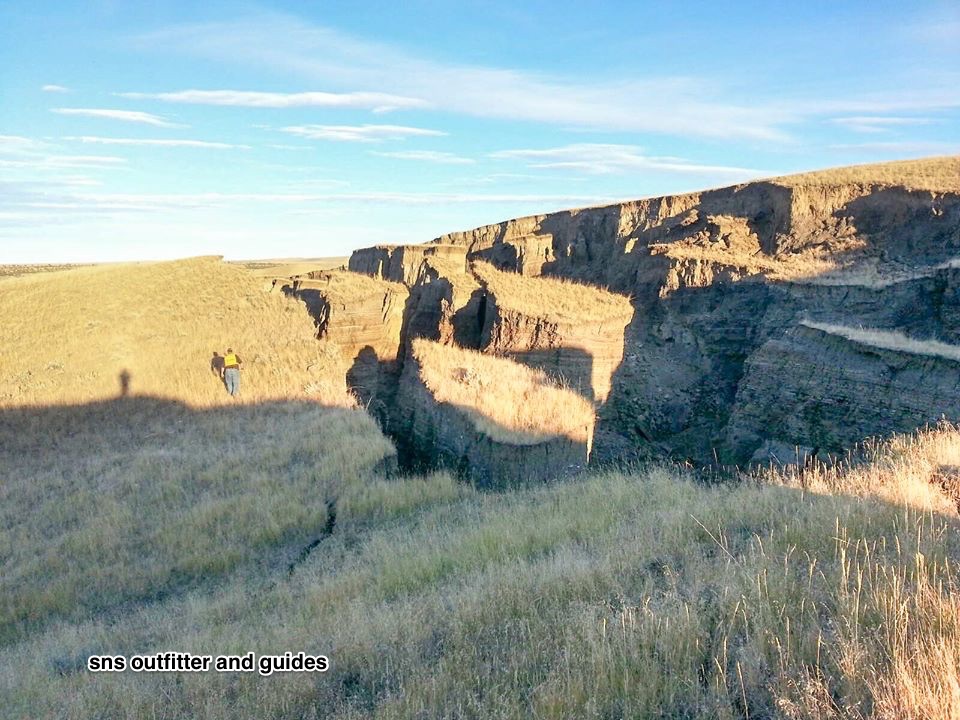 Measurements with a range finder (what else) approximate the Gash at 50 yards wide and 750 yards long.  Well, neat!  I saw it posted on Facebook again and again.  My brother-in-law is a geologist and we thought we should go see this if I could find out where it is.  A few questions to some friends later, we decided maybe “someday”, but this is on private land, and I’m sure the rancher has much more to do than sit out there and chase off trespassers!!!  Don’t forget, SNS Outfitter is still guiding hunters in the area!

They also gave this explanation of the phenomena.  “An engineer from Riverton, WY came out to shed a little light on this giant crack in the earth. Apparently, a wet spring lubricated across a cap rock. Then, a small spring on either side caused the bottom to slide out. He estimated 15 to 20 million yards of movement.”

While this is a big slide, smaller ones like this happen all the time in this country.  Many formations around here are full of springs… gypsum, slate, bentonite, and sandy soils are common rocks, combine them in various conditions and you have dirt sliding, slumping, and cracking.  Brandon has had a very deep crack around his house (one time a bum lamb was lost to it) which we continue to fill in periodically.  I do admit this one wins the prize though!

Further photos were posted on the internet by Randy Becker showing much more detail. 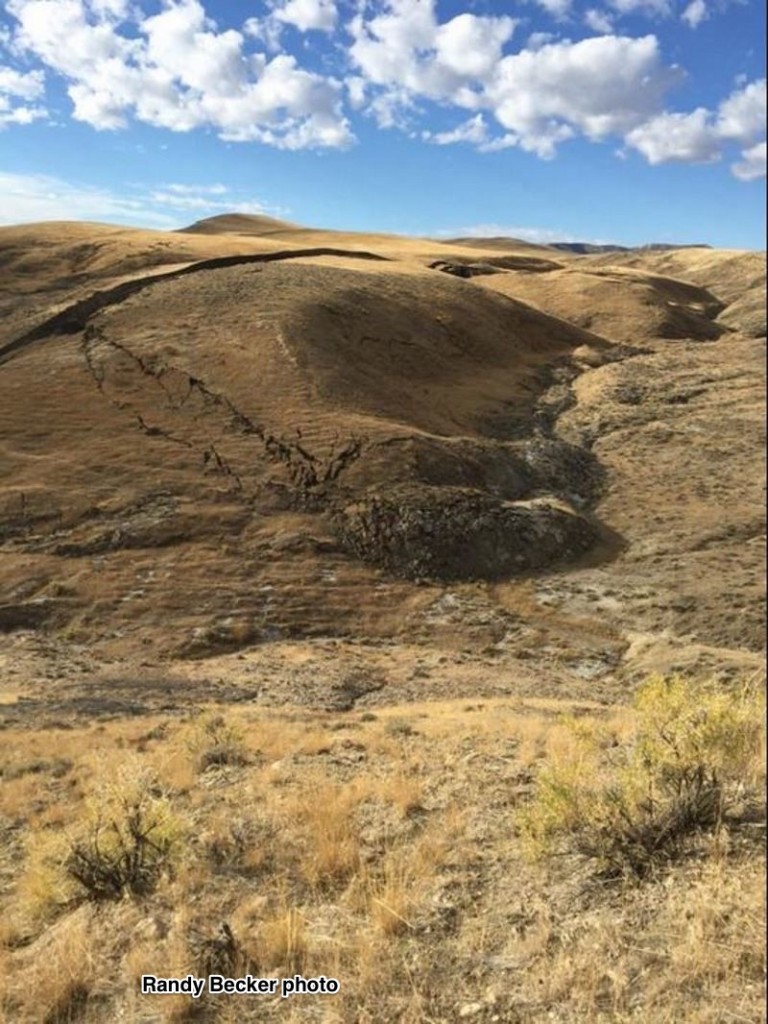 This one, taken from the other end, shows all the dirt slumped into the valley. 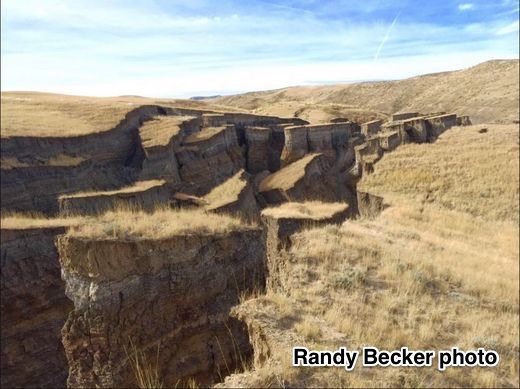 This one looks like the set to a Hollywood movie!

Here’s some of my answers to popular questions I’ve seen on the internet.  I’m not an expert, but I have played one in my mind… 😉

There you have it, the biggest news in Ten Sleep… a slice of earth slides sideways and we get our 15 minutes of fame.  If I ever get to go see it myself you KNOW I will share photos…

If you’re new to Red Dirt and came to read about the Ten Sleep Gash, welcome.  Stay a while and check out some old posts!  If you’re interested in The West, curious about where your beef comes from, or you just love Wyoming’s wide open spaces, you might just enjoy this blog!