Vernon:  Well, are we going tonight?

Vernon:  What time were you going to leave?

Outside Me:  OK, I will get ready.

Boy, oh, boy!  I head inside for a quick shower… and wait for Vernon.  Finally!  He gets ready and we load up Brandon, too, and hit the road over the mountain.  We take the Jeep… and sure enough, a mile and half later, FLAT TIRE.  Vernon turns around, hoping it’ll last until we can get back home.  NOPE.  We pull over.  Start to change the tire… it starts to slip off the jack.  We move the car.  Jack it up again.  Starts being wonky AGAIN.  Brandon looks in the owner’s manual… and finds the spot for the jack in front of the tire.  OK.  We’re ready.  Down the hill we go, switch everything to the Durango.  Fill it up with gas.  We head back up… and over… and down… Finally making it to Kaycee for Chris LeDoux Days!

I wanted to come especially to see Corb Lund.  We arrived in time to hear his last seven songs. Nice to see the Canadian under Wyoming skies! 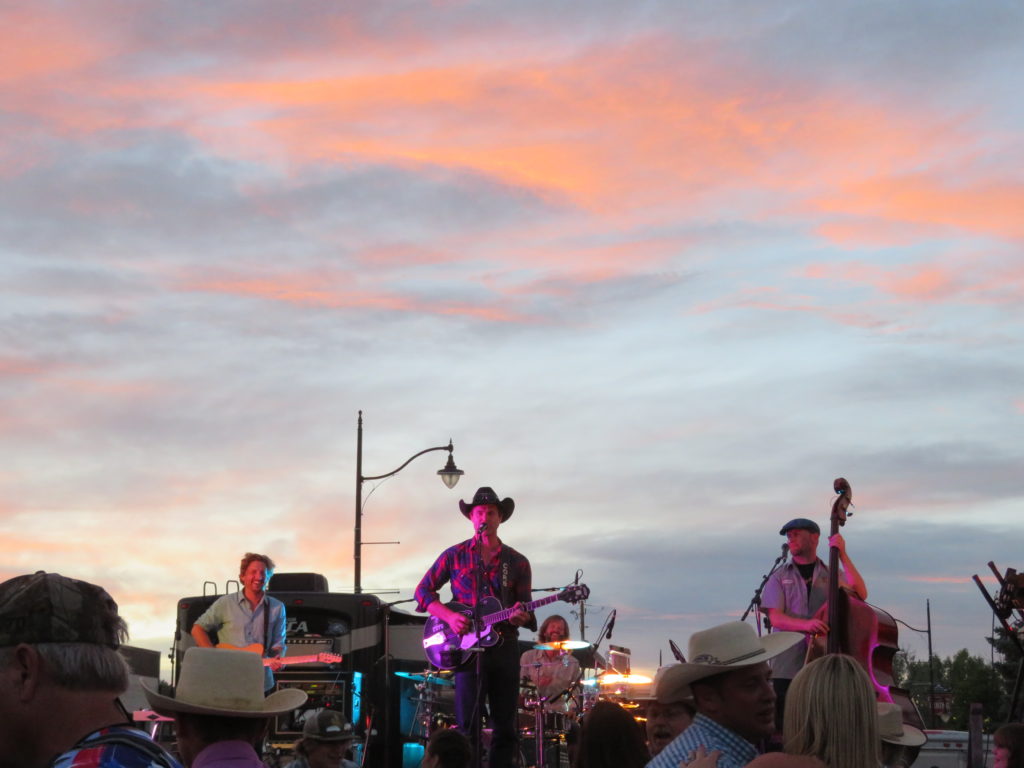 I was kind of bummed, but, well, that’s OK, I guess.  Better than NONE.  The “S Lazy H” was one of them and I danced with Brandon as we sang along.  I didn’t even start sobbing listening to that song!  I then went and bought his latest CD and had him autograph it… and told him “thanks” for writing that song.  He said even though the story is so sad, it needed to be told… and I agreed. 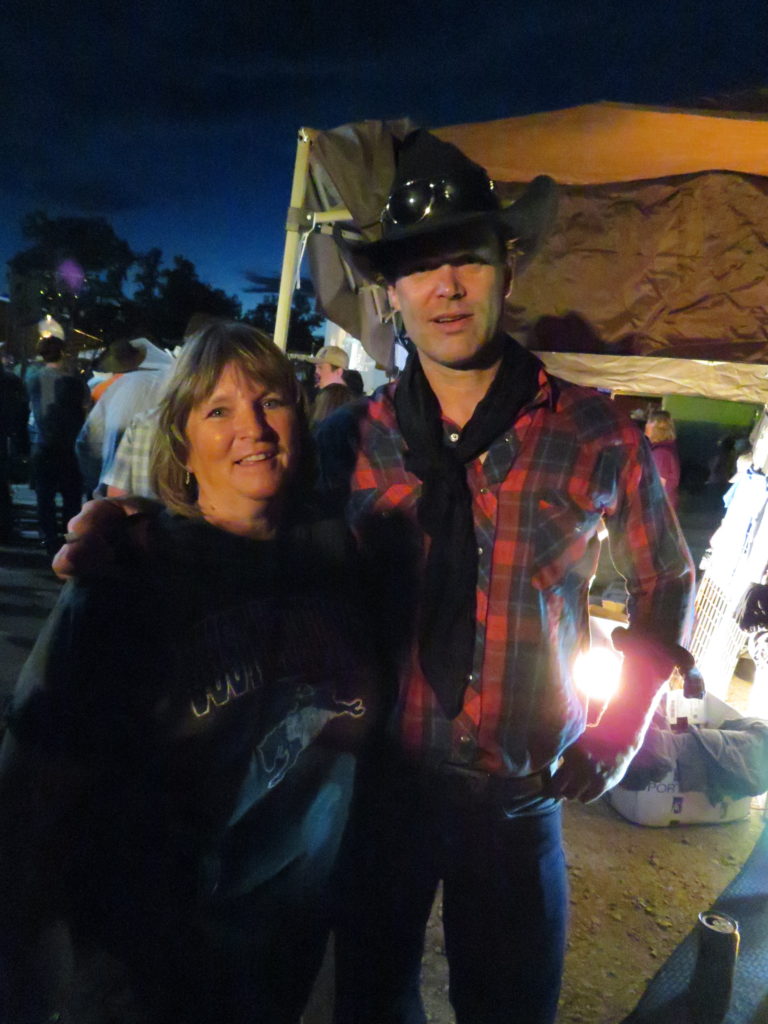 Western Underground then did their last performance.  They’ve been together 27(?) years and toured with Chris LeDoux for most of them.  They will be missed! 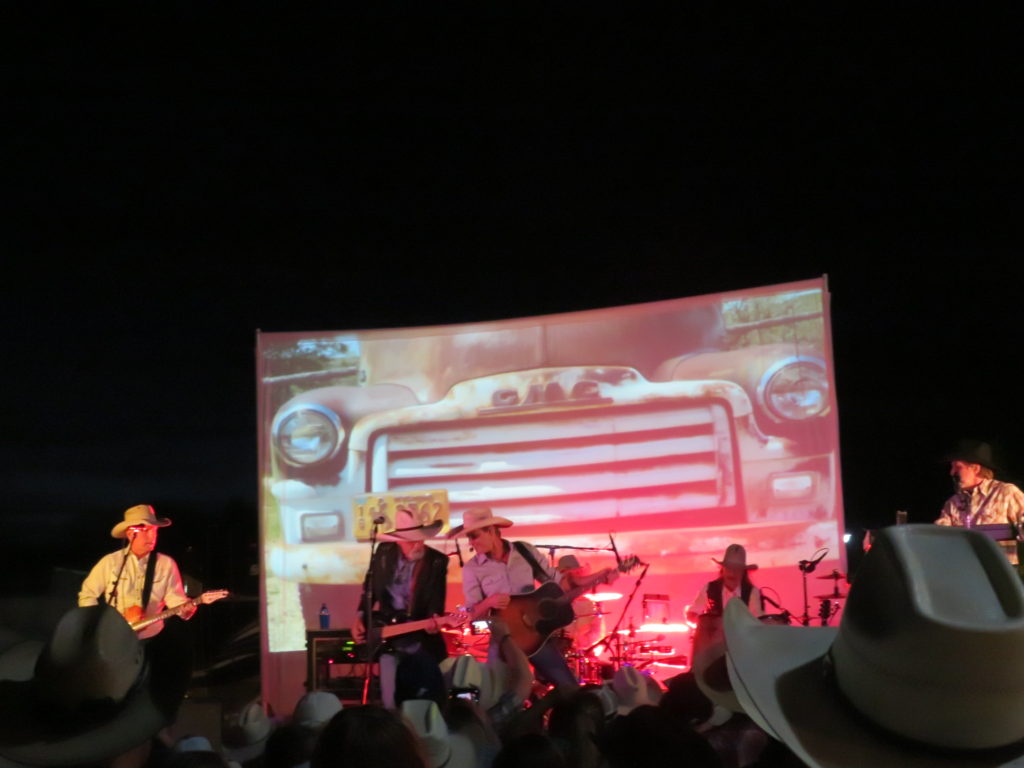 Next was Ned LeDoux, who is taking his dad’s songs and bringing them to the younger crowd… but sometimes he sounds SO MUCH like his Dad that the “older crowd” is simply amazed.  I started listening and going to see Chris LeDoux when I was in high school.  I have some of his actual *ALBUMS* … 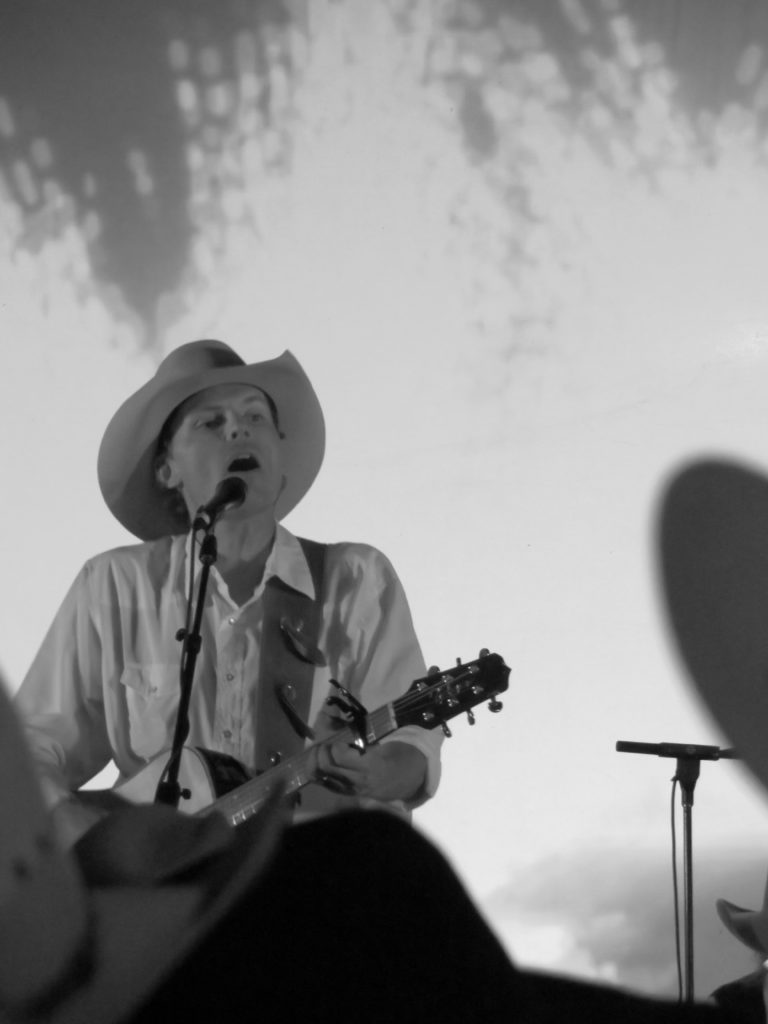 It was a simply gorgeous night for a street dance… and it was Fun!  The getting home at 2 am was a little rough… but we didn’t get TOO misplaced… and we avoided the elk and deer and cows on the road… but blogging was out of the question! 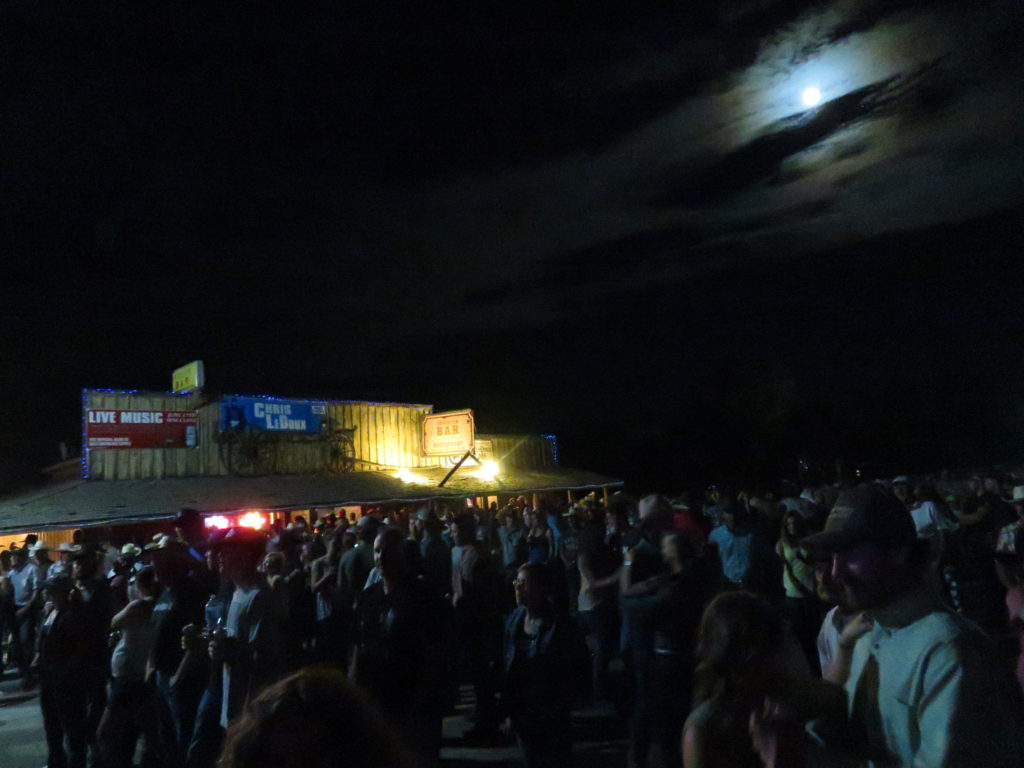 God bless us all… 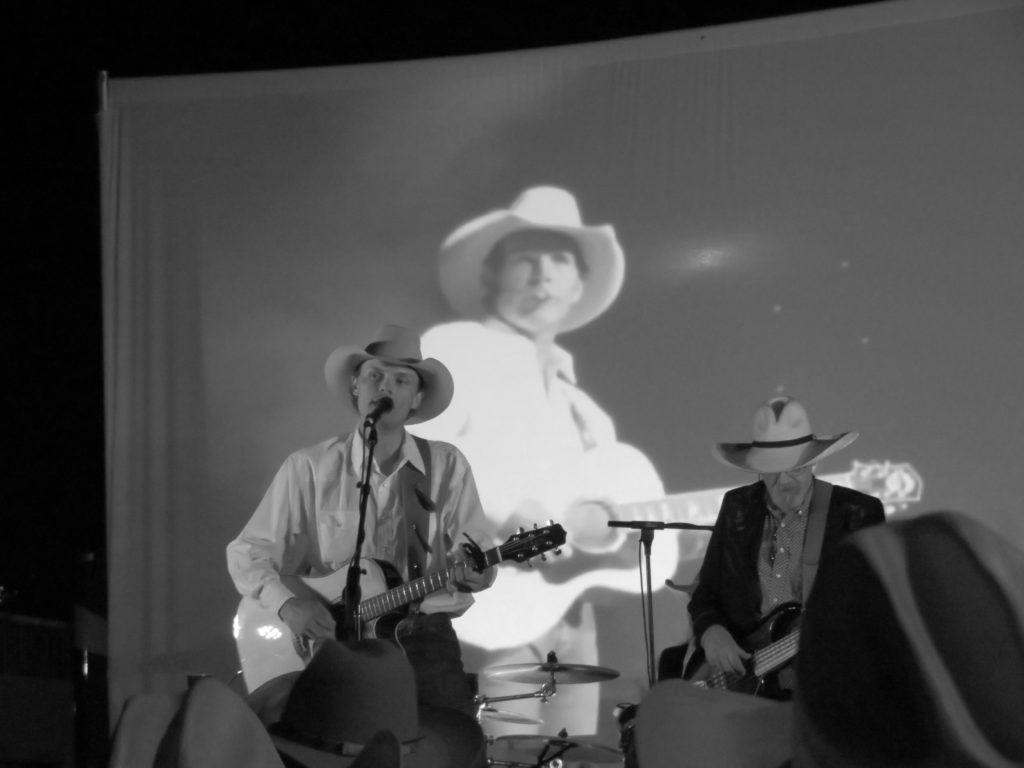