Remember the tank Vernon and I hooked up the other day?  Well, I was sent to check on it, and the cows, and take them some salt.  Vernon had been called out on another fire, so I loaded the dogs in the Rhino and headed up the hill. 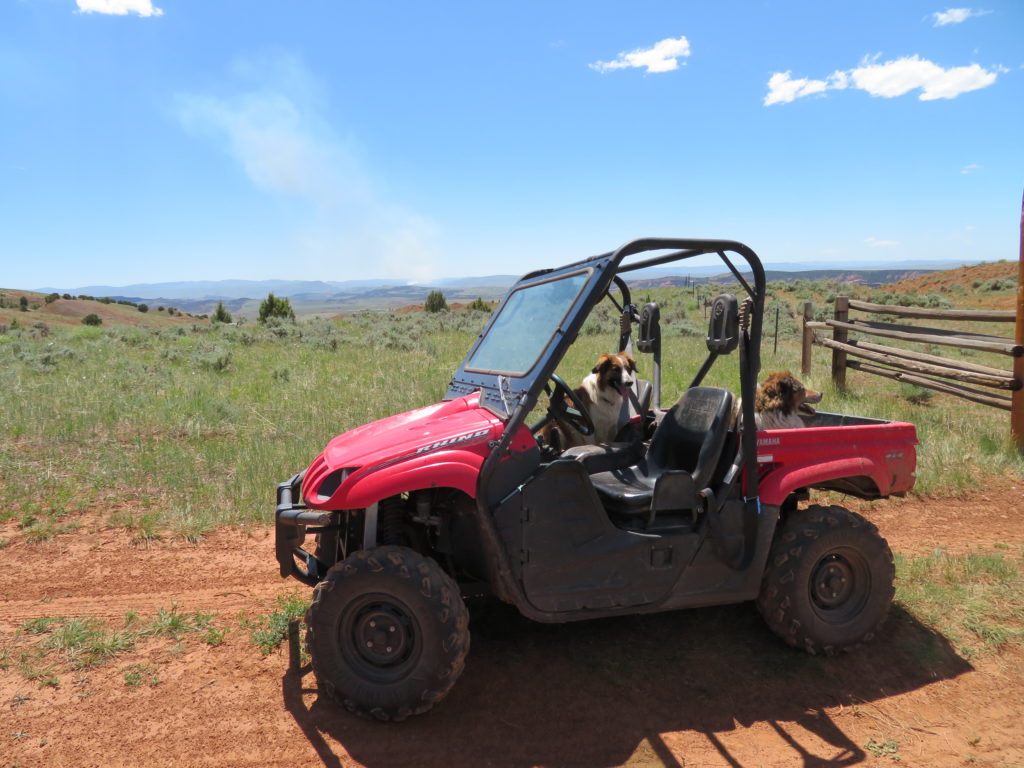 (You can see the smoke in the background)

It’s a nice drive, but the lack of larger amounts of rain has made the road dusty.  The Rhino’s windshield is still on, and that helps the dust boil around and quickly give you a darker tan… including your jeans and white tshirt.

The tank was dry… and I couldn’t even tell that it *had* been wet, even though it was running when we left.  A few tries later to achieve a functioning siphon, the water seemed to be flowing.  I had brought some watercolors along, so I sat down next to the tank, and had a very quiet and restful art break!

The water flowed in, and I used it to paint.  I painted what was in front of me… hazy skies hiding the mountains across the Big Horn Basin… juniper ridges and sagebrush… taking note of where the cattle were, how the grass looked, whether anything was bawling around, and anything else of interest.

Finally, I was satisfied the tank was going to continue to run, so we loaded up and came back down.  Along the way, I found some old friends. 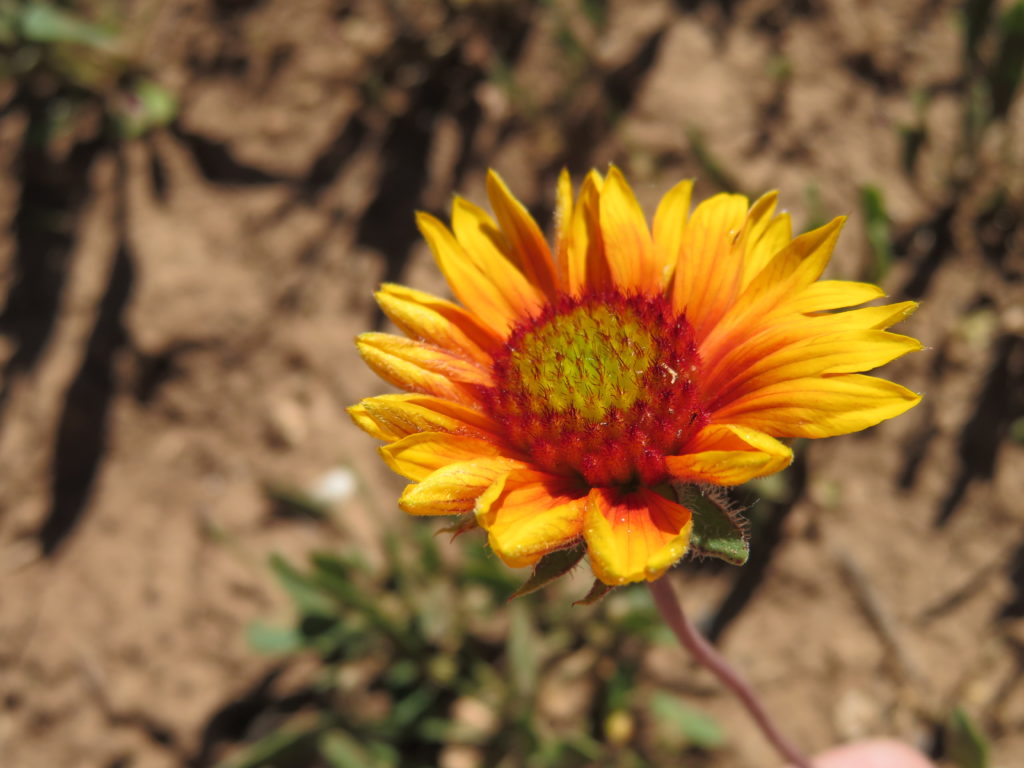 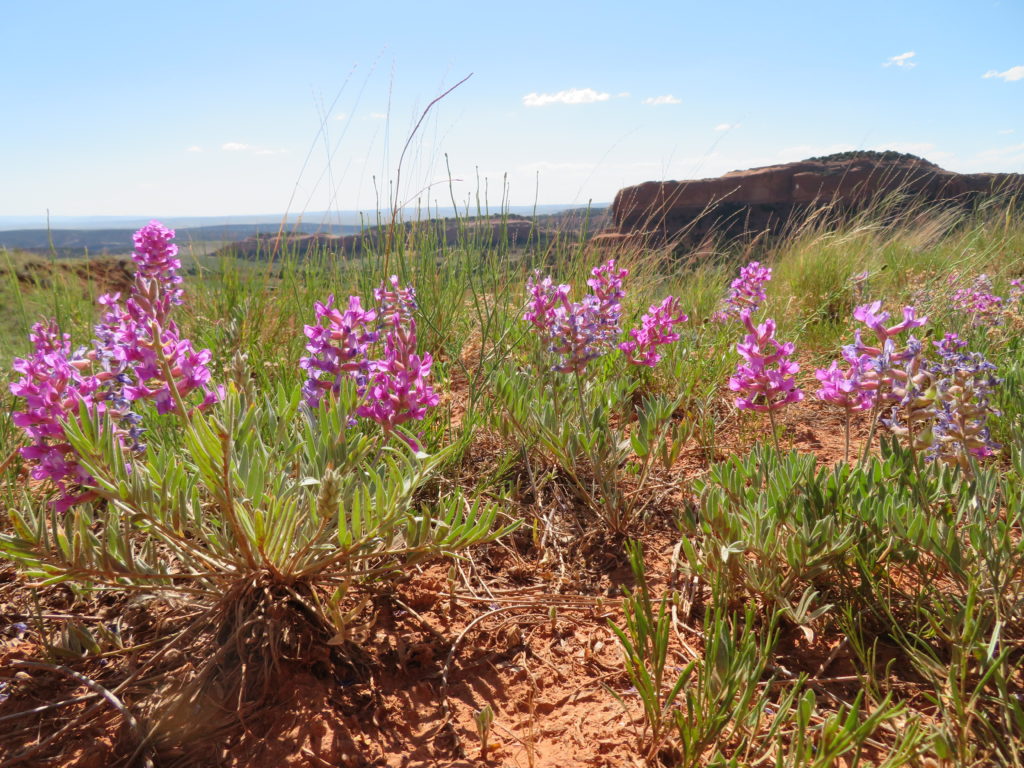 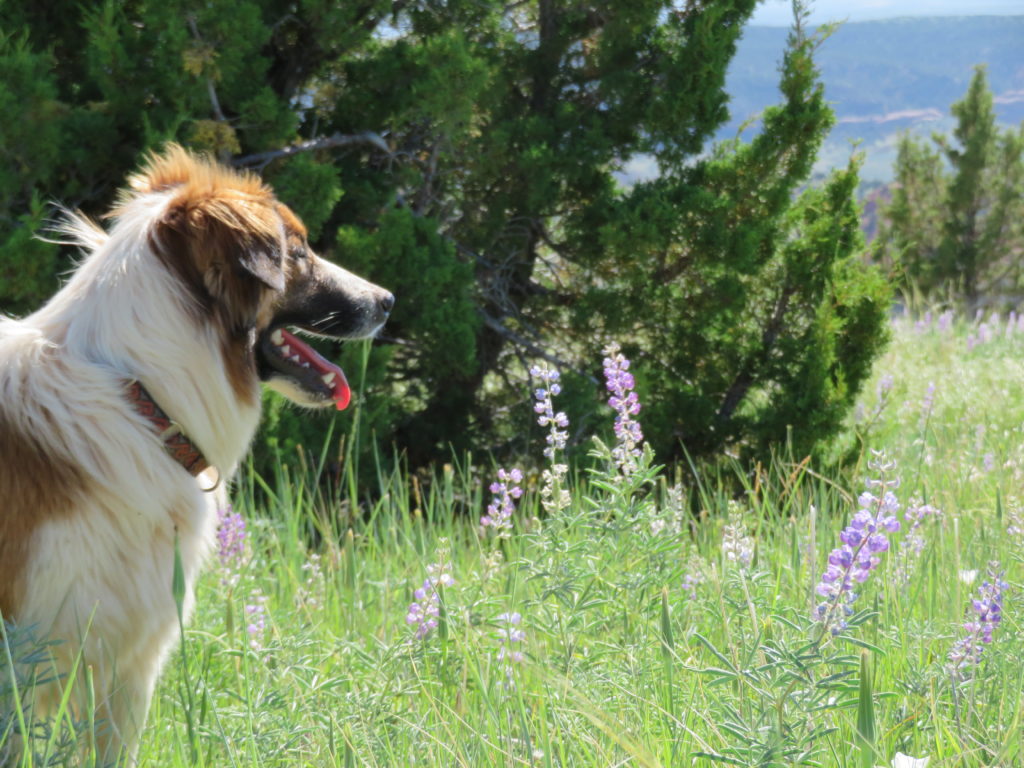