We bangs vaccinated our young little heifers today… Most of the work preparing for today, I have missed.  That was bringing them to the corral, sorting off any older heifers and cows, and weighing them.  Today I was late as well because I had to get lunch going first.  We did half of the bunch before lunch, and half afterwards.

I did make it eventually, and I simply had to keep them moving up the alleyway… everyone else had their jobs already!

The Good Doctor was on the job… and his toothbrush full of green tattoo ink was only knocked out of his mouth once by the girls’ slinging their heads! 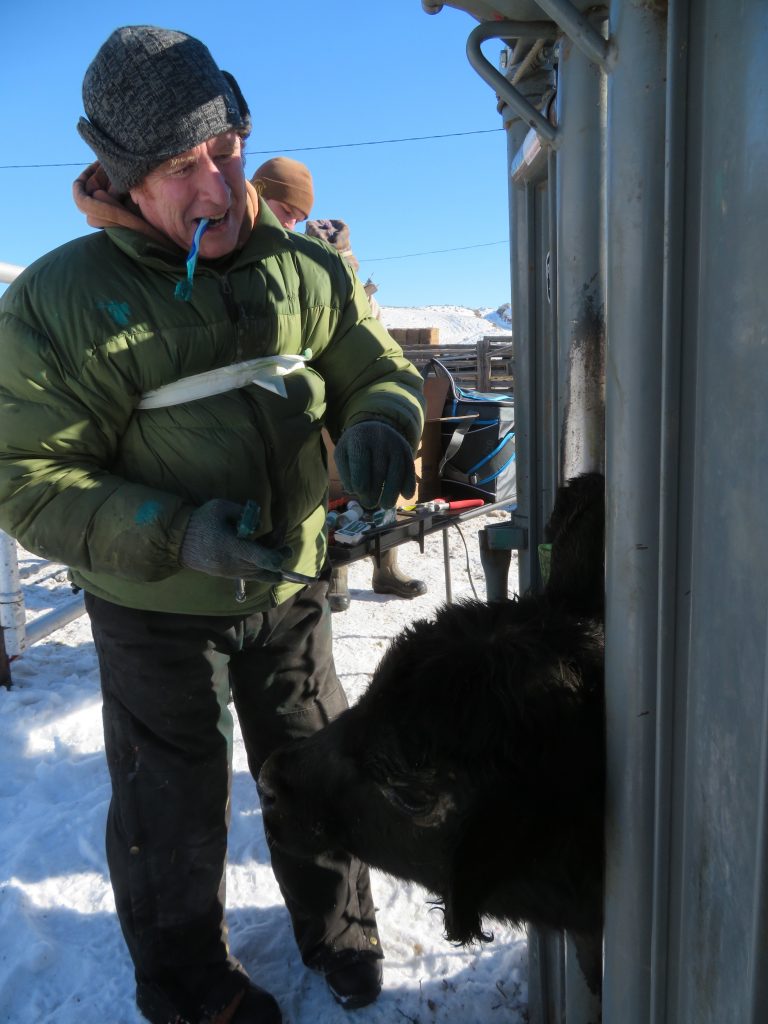 He vaccinates them, tattoos their right ear with his veterinarian logo and number, and puts in a numbered orange tag in their ear as well.

The Good Doctor is speedy… the only thing that seems to slow us down is the telling of Very Good Stories. 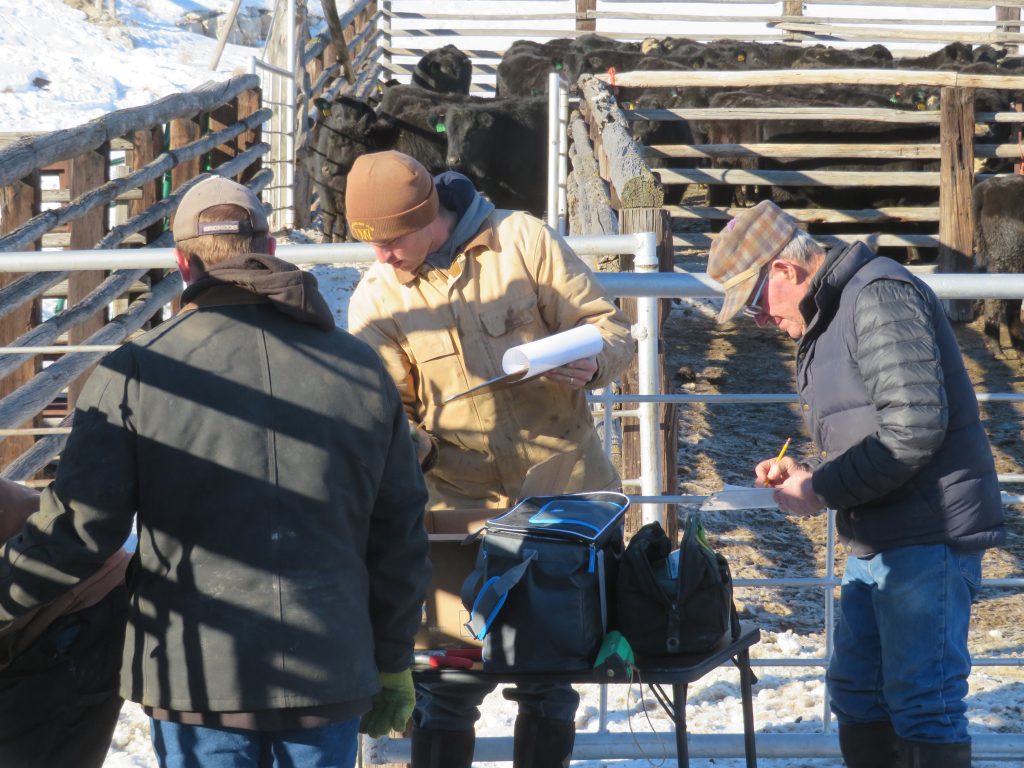 This is also an exercise in record keeping… noting which bangs tag goes in to which heifer… and which direction the girls go.  They will go to different corrals… the smaller ones getting some extra ration to help them grow.  Brandon had this well in hand… which was great!  This is a job where I spent lots of time checking, rechecking, and triple checking numbers so I didn’t mess up!!!

I was happy to not have to deal with it!

1 thought on “Deal With It”