The guys have been working long days… well, as best they can in between rain showers… putting up hay.  You know the old adage, “Make hay while the sun shines”?  Sun is essential for drying fresh cut hay.  If you bale hay too wet, it can start to decompose, yes, like in a compost pile, and create heat.  Too much heat and haystacks can actually start themselves on fire.

That’s not a common occurrence around here, we have such dry air and sunshine (usually) that making hay is relatively a fast and easy process.  Sometimes they have to even bale it with dew on it, in the early morning or late at night, to get it to the right stage to compact and not shatter all the nutrient leaves off of the alfalfa.

We have grown forage wheat as well, and Daniel called his family out to pose and show off the height.  Some parts were even taller, but this is pretty tall! 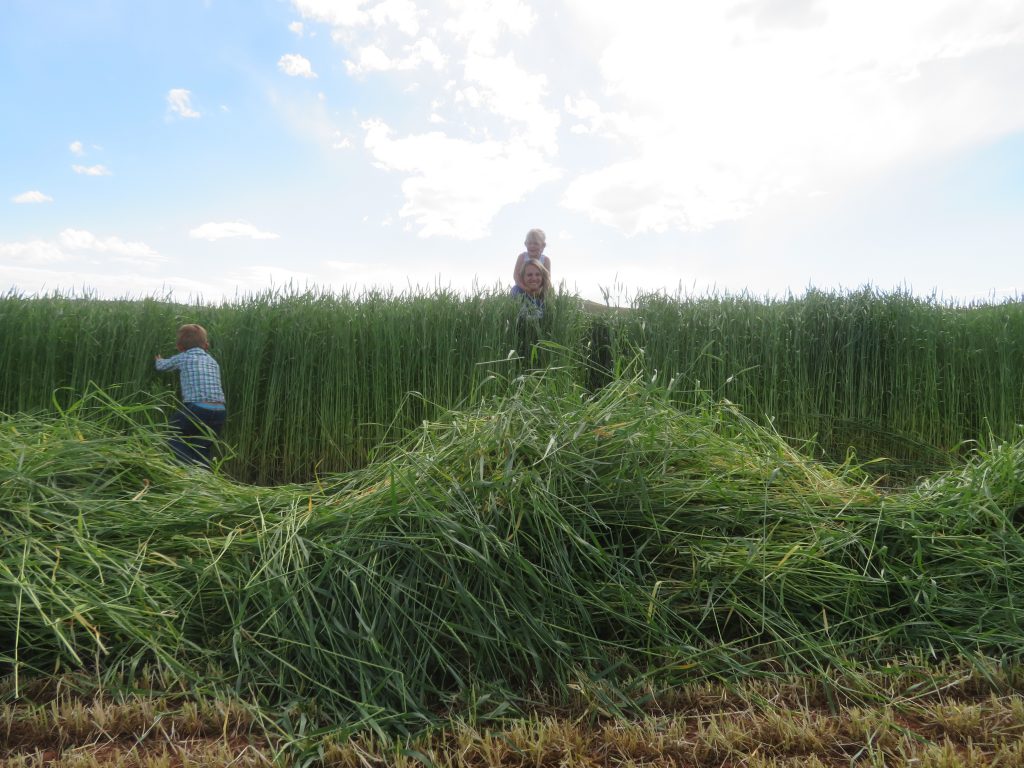 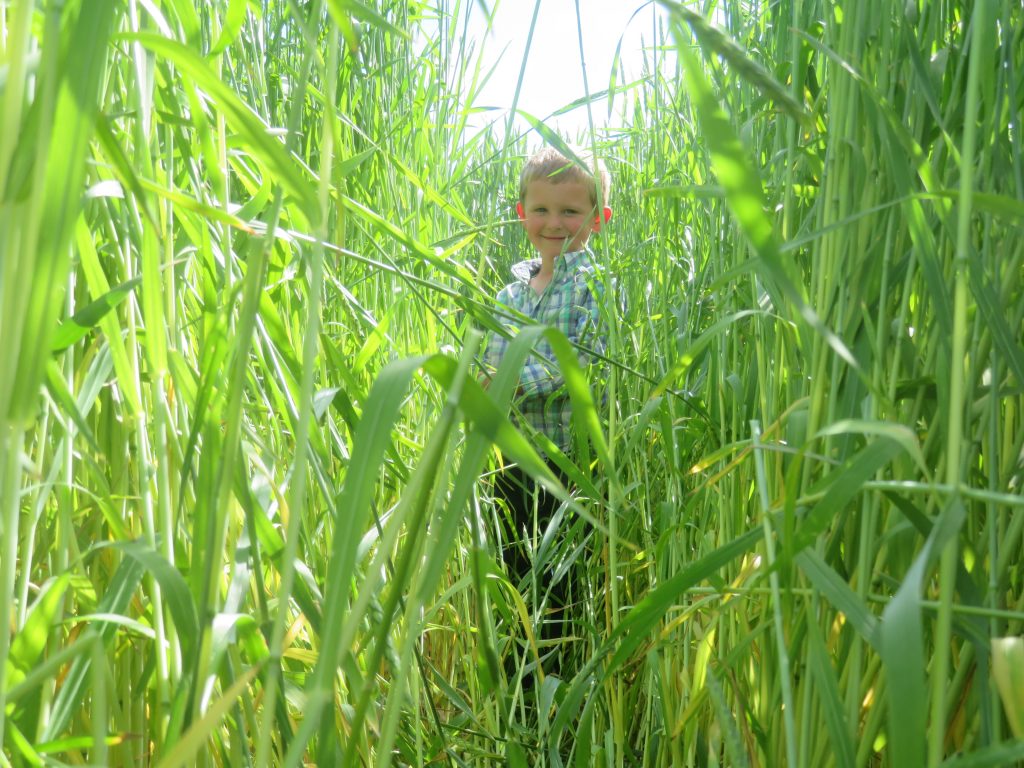 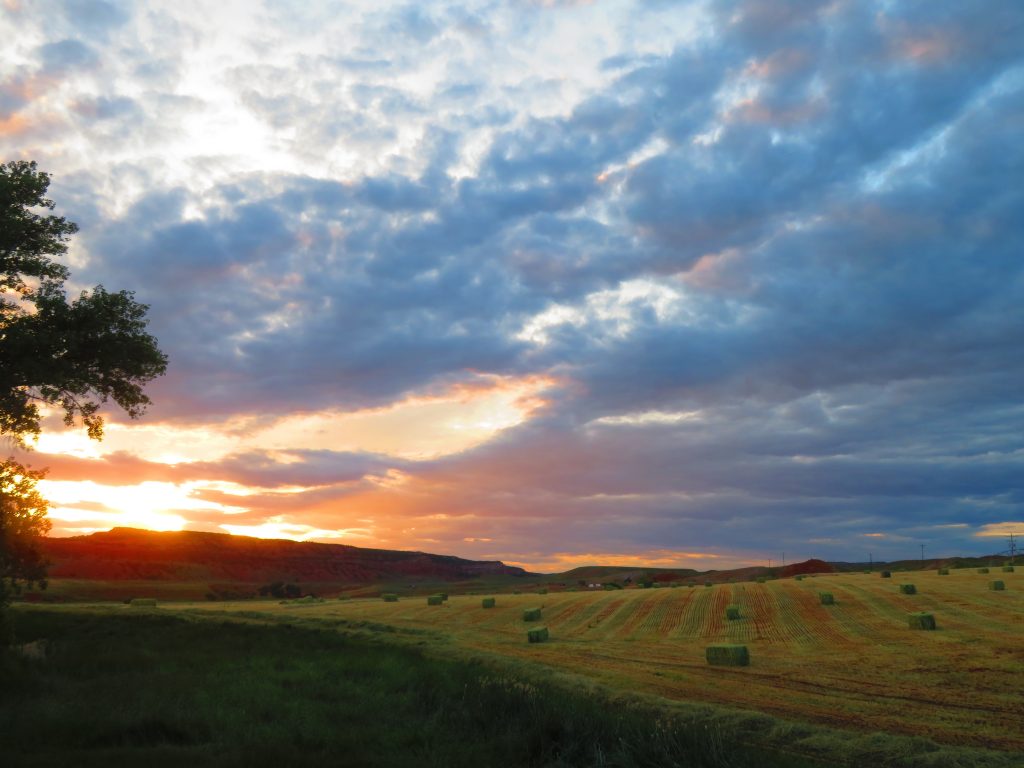 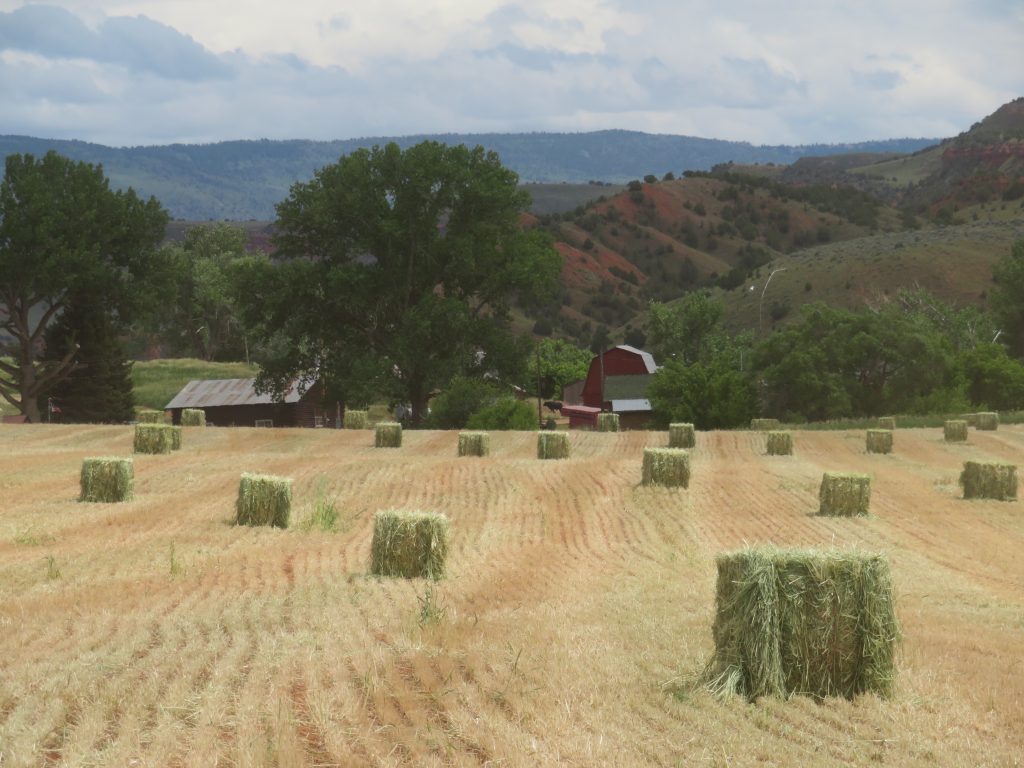 7 thoughts on “While the Sun Shines”