Two months of drought… and now rainstorm after rainstorm!

I set out my GoPro… the skies were dramatic and a storm was blowing in.  Perfect for a time lapse.  But once again, my memory fails me and I’ve been sitting here trying to figure out how to download the video.

I swear – I should pitch this thing out the window and be glad to never see another one.

We were at a store just the other day, where they had a display for GoPro and I told the salesman how I hated mine, that I cussed at mine QUITE A GREAT DEAL… and he laughed… but I see the new ones actually have screens… which may help me… but I have soooo much invested in mine.  I really thought I’d love it.

Here’s a photo from a camera I know how to use! 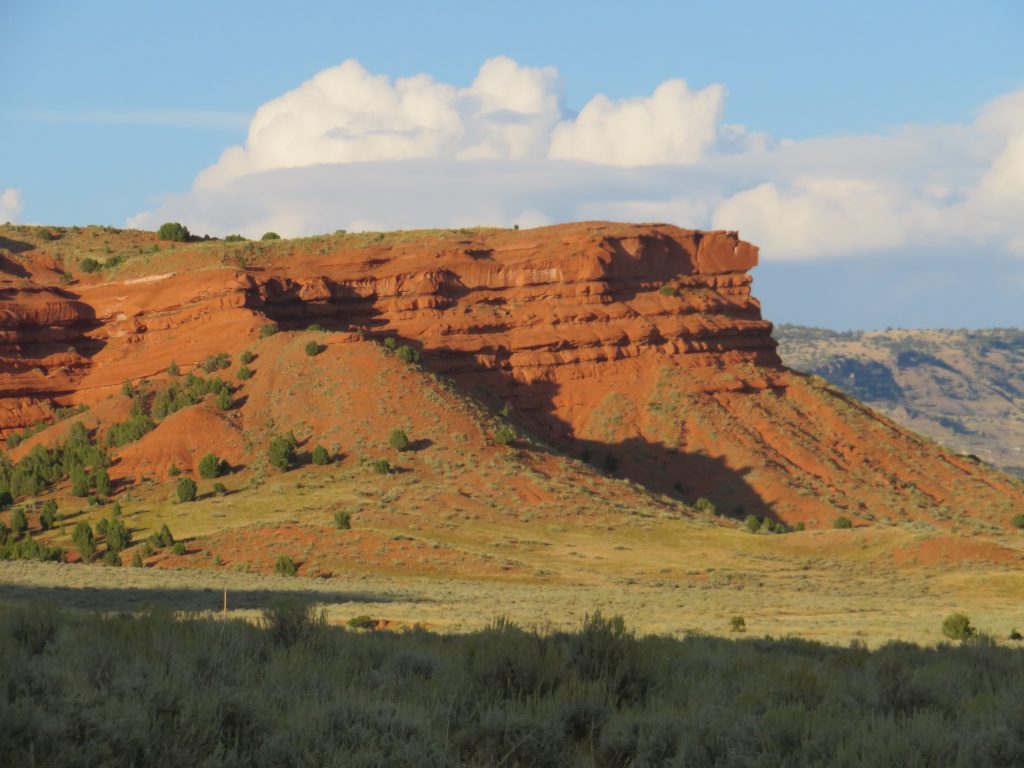 So… anyone like me and see the bear’s head at the top of the cliff on the right???  The white mark (aka bird poop) is under his eye…