Back a few months ago… this happened. 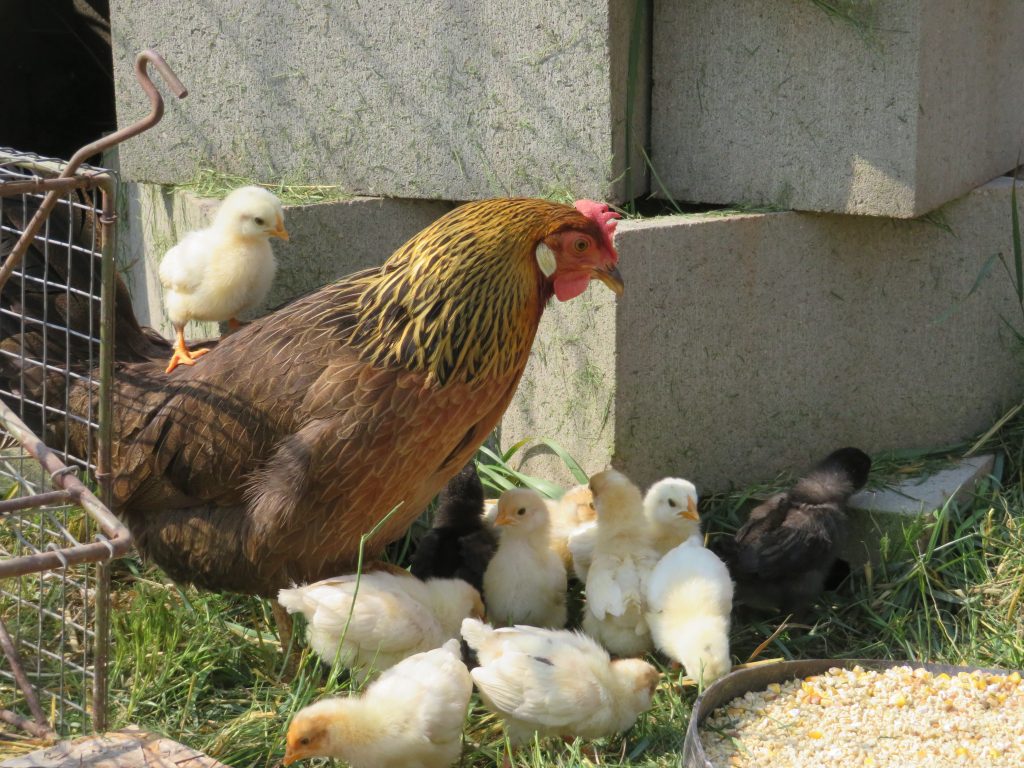 Eleven chicks! It was totally a surprise as the hen did not set on them in the coop, but in some undisclosed location.

Six hens. I could live with six new hens to my flock.

Except some of them continued to grow certain parts of their anatomy. Combs grew taller, tails began to plume.  What did you think I was talking about?????

Yeah.  I ended up with five – FIVE – roosters and ONE little hen to add to my flock.

You know what that means. 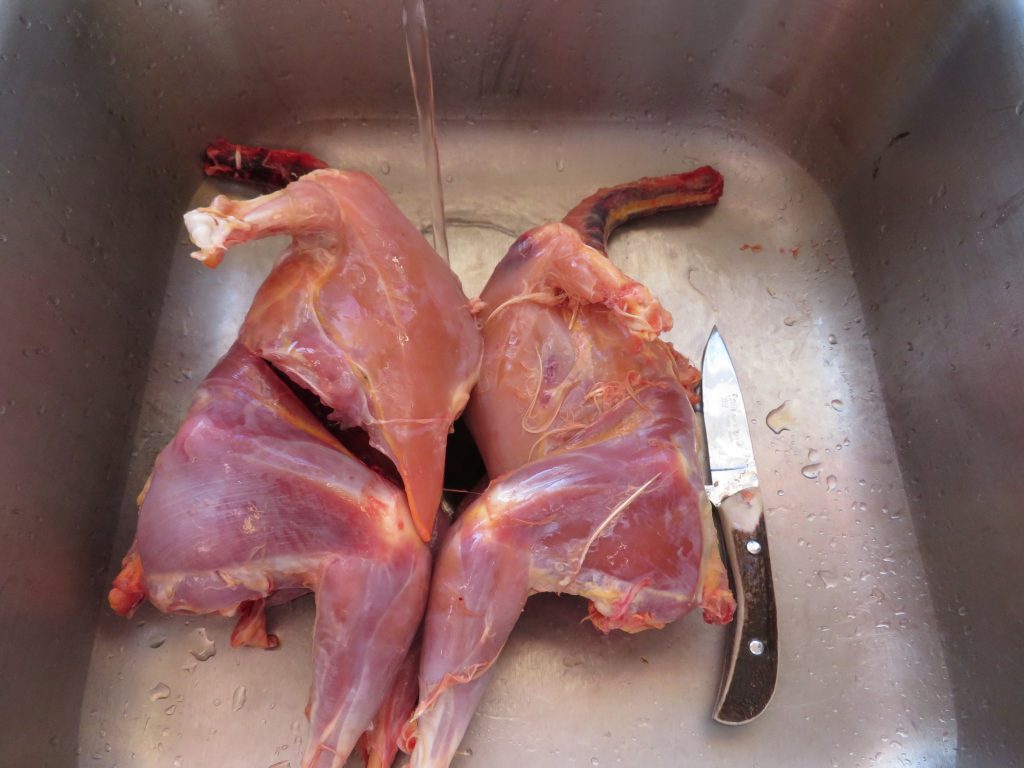 Done not nearly as efficiently as my Mam-ma would have done. (I once saw my grandmother wring the necks of some older hens my mother-in-law gave me to stew.  She did it in no time, never once getting her white polyester pants dirty!  I was impressed!) Yes.  This pic is BEFORE I cleaned them up…

And two young roosters made a great pot of chicken and dumplings. 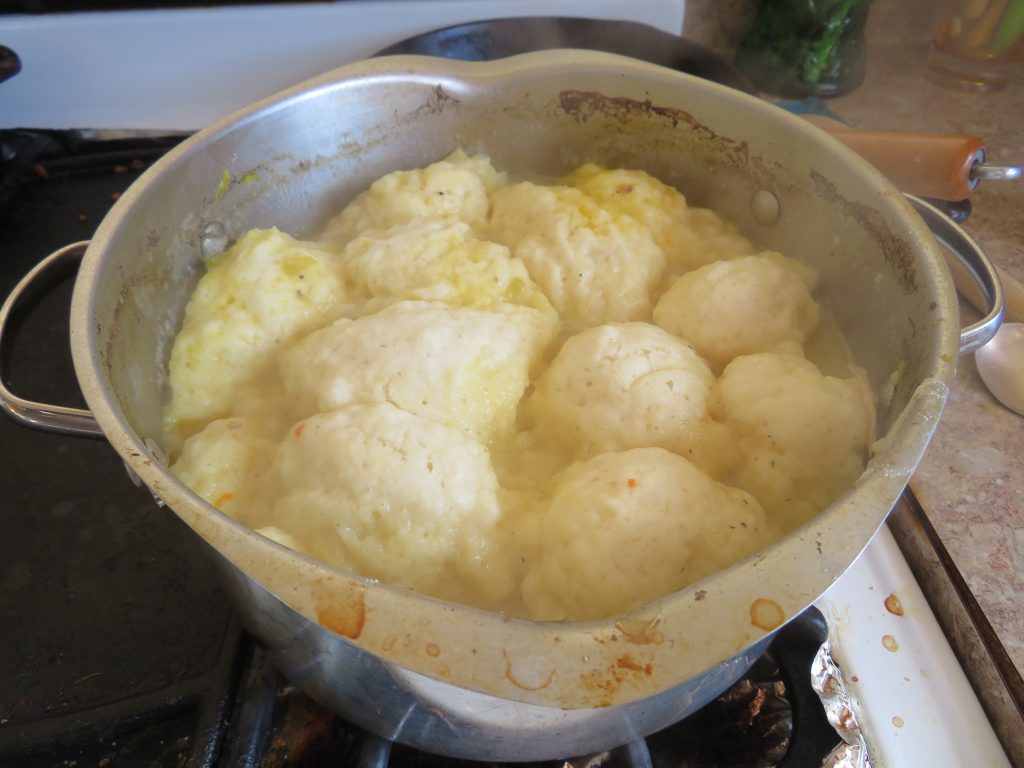 The neat thing… another hen has gone broody as of last week… Hopefully, my record won’t stink with this clutch! 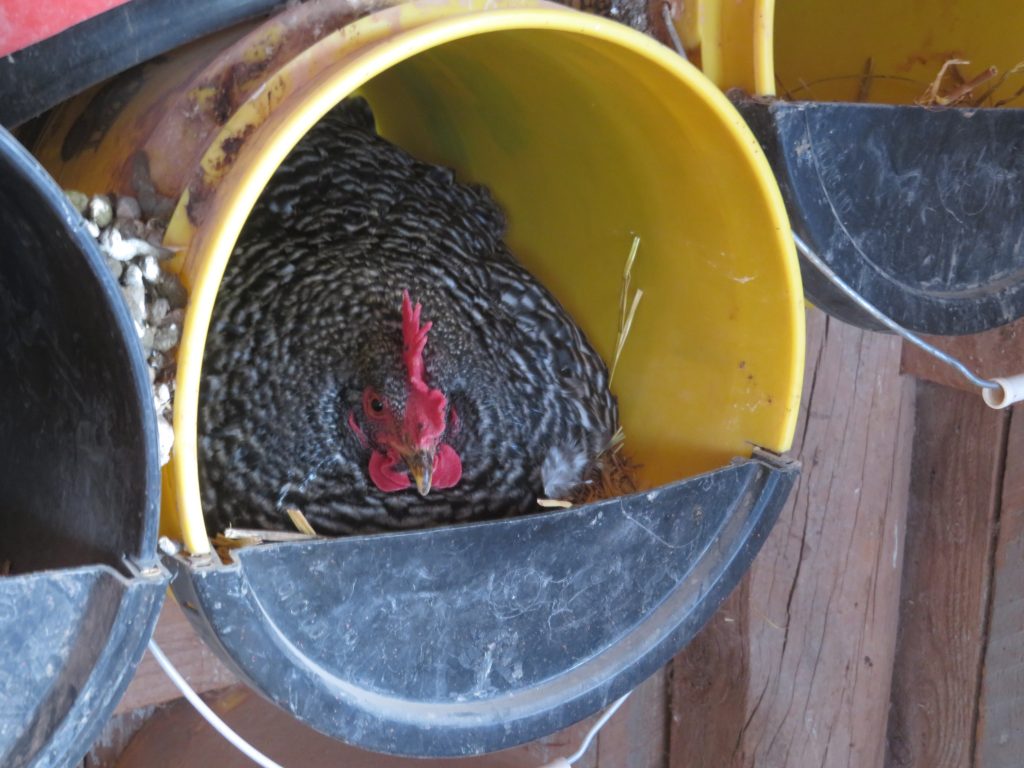