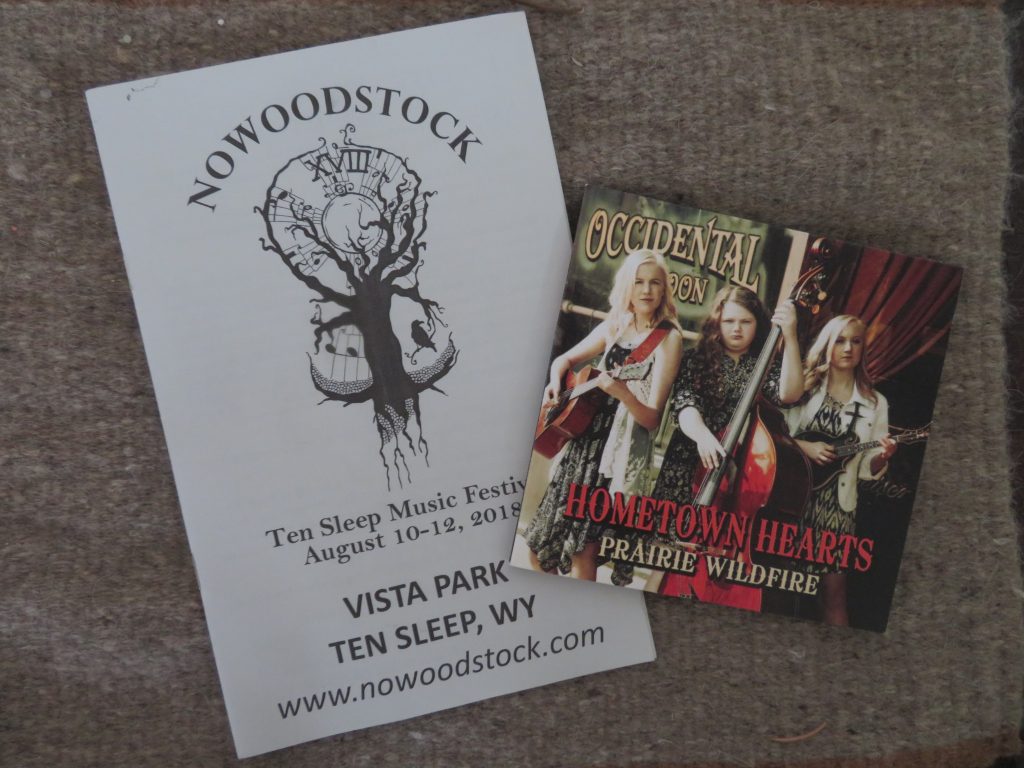 She’s the youngest member of the Prairie Wildfire band.  She’s fifteen!  All the girls are talented instrumentalists and singers.  They play bluegrass and just released their first cd.

I’m happy to support Prairie Wildfire, they’re “local”, from Buffalo, Wyoming… and they’re talented… but they have one song that I call my “theme song”.  It’s called Red Dirt In My Soul!

Hmmmm… can’t imagine where the title came from!

Give Prairie Wildfire a listen…