Among the items Johnny gave me was this. 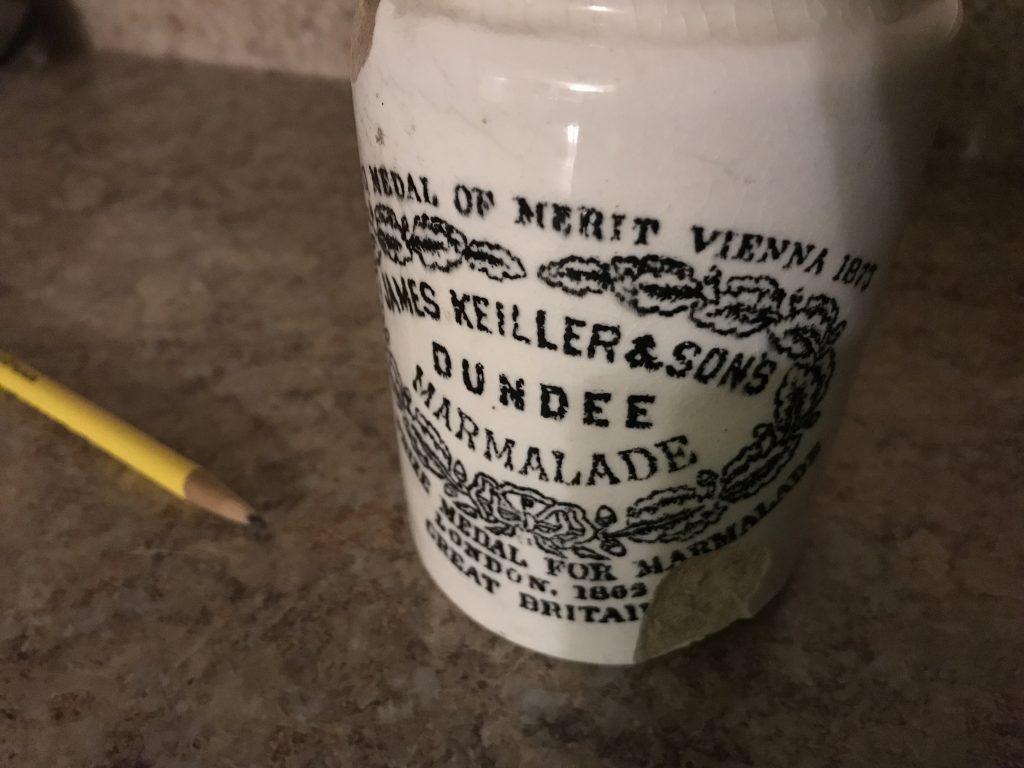 This one pound marmalade jar could be dated anywhere between 1880-1920.  As far as I could tell in an hour of research, was that these were very common, and often saved to be reused after the marmalade was long gone!

Johnny’s story was that one time, as he was trailing the herd by Bates Creek on the way to Lysite, he passed a grave.  There were some items off to the side and this marmalade jar was there.  It may have been in two pieces and he brought it home where Oneta glued it back together.  It was a long time ago, so he’s a little unsure of that detail.

I do believe this is one of the older items around this place and a good choice for #tbt!