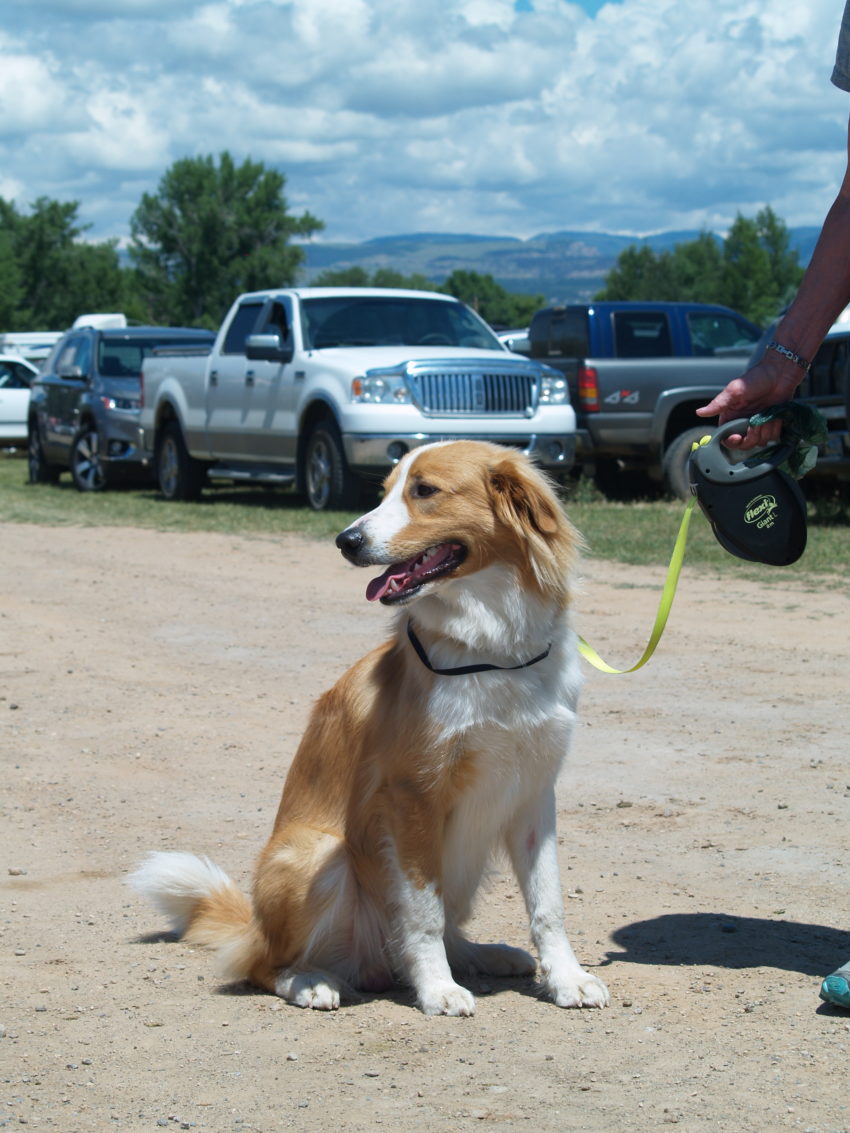 As I wandered the Ten Sleep Rodeo grounds, trying, unsuccessfully, to walk Miss Reagan into her afternoon nap… I spied a friend talking with other people I didn’t recognize. But what really caught my eye, was a handsome dog also standing in the group.

“HI! Excuse me, but what breed is that dog?”

“Mmmmm. I thought so. I used to breed English Shepherds.”

“OOOOOH! You’re the reason we own this dog!”

Well, that’s the Reader’s Digest version of our conversation. Come to find out, they were familiar with two of my pups… Joe Henry and Jack… and decided to get an English Shepherd for their next dog.

He’s a 10 month old, clear sable from Nebraska. He’s all leg and he seems very LOOONG, but it’s just that teenage phase. The clear sable means he won’t have the shading, or dark guard hairs like Lucas, Elsa, and Eden have. He will be this ‘palomino’ color always.

I’m glad I interrupted their conversation… and found out we had this connection!