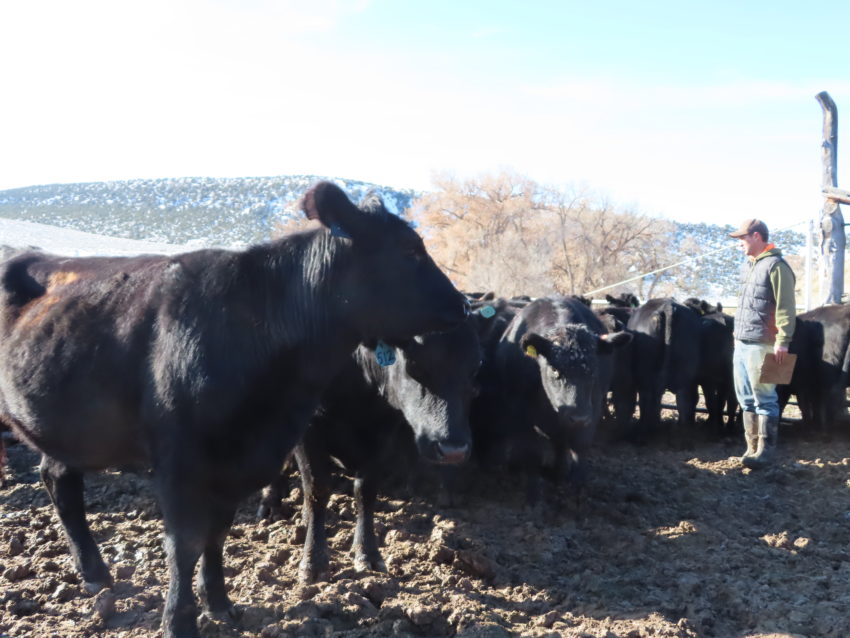 A beach with worn stones, from bagel size to bread loaf size. A virtual minefield for broken and twisted ankles. To make things even more interesting, let’s take those bare stones, and cover them with a layer of moss. Not the kind that’s thick and luxurious, but the kind that’s thin and slimy.

It is simply not a place for easy walking, much less working.

All right, let’s be truthful and wave the magic wand that turns the stones into clumps of mud. Rounded minefield of clumps and holes made by the hoof prints of heifers. The green moss? Um. Do I have to spell that part out?

We began sorting the heifers in the frozen crispness of morning… breath fogging as we called out eartag numbers and “by” or “in”.

It wasn’t fun for man nor beast, but as the sun grew in strength, the outside of the clods began to melt and gain its slick coating.

Thankfully, the sorting didn’t take too long, and none of us twisted an ankle or knee!