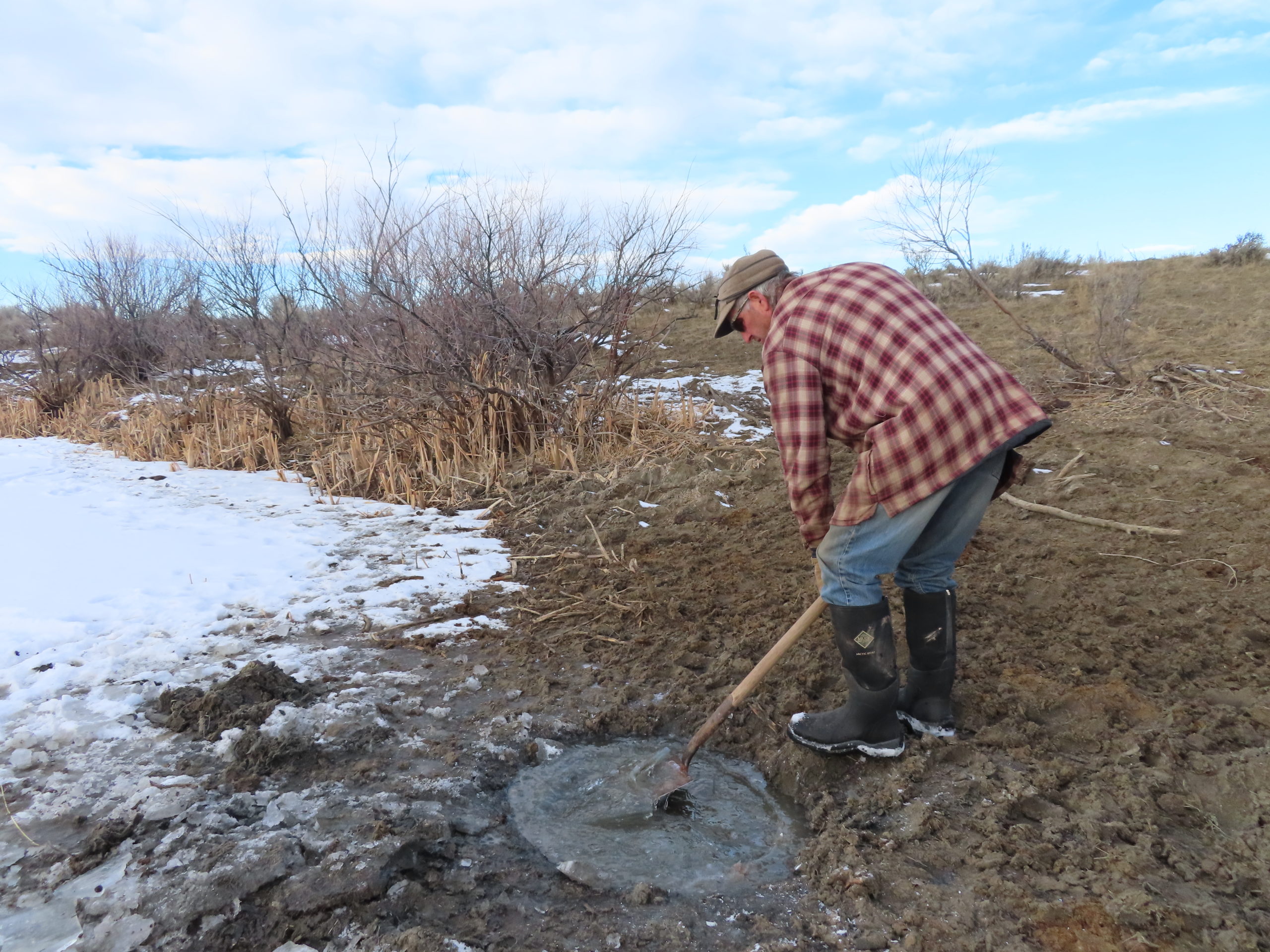 Every four days during the winter… when cattle are grazing in the Badlands Pasture… the guys have an assignment. (Our three neighbors that run cattle out there with us, have the same assignment on the other three days)

It’s to check the water. We have a pipeline, water tanks, and one big underground storage tank that need to be kept working. Once the weather begins to cool, that includes chopping ice on the tanks as well as chopping water holes in the reservoirs (if they have water in the first place!)

We did our “day in the hills” today. I tagged along.

It’s two-track country. No improved roads out here. The snow isn’t bad, so although we can wheel through the snow, it’s still slow going, 10-15 mph. An hour after we left the house, we drop off Brandon on the four-wheeler. He’ll make a separate loop from us in the pickup, and complete this chore faster than if we travel the entire way in the truck.

Foldup ramps are the way to go to load your machine on your pickup. Vernon drives the four-wheeler off as Brandon adds a layer or two of clothing.

Vernon and I take off, driving to the far end of this pasture. Almost there, we turn and head off to the New CC Reservoir. Logically, it’s right next to the Old CC Reservoir. But while the Old one was really built by the Civilian Conservation Corp back in the day, the New one was built by the BLM at some point, and they fenced off the old one for some habitat study.

Here, there are three waterholes. Since it hasn’t been awfully cold overnight, I think it only got down to 16˚, Vernon just grabs a shovel to break the ice instead of an axe.

Chop, chop, chop. He outlines the waterhole with his shovel, then scoops out the ice chunks so they don’t freeze again in the water, making thicker ice.

The same must be done for the tanks on the pipeline.

2 thoughts on “Every Four Days”