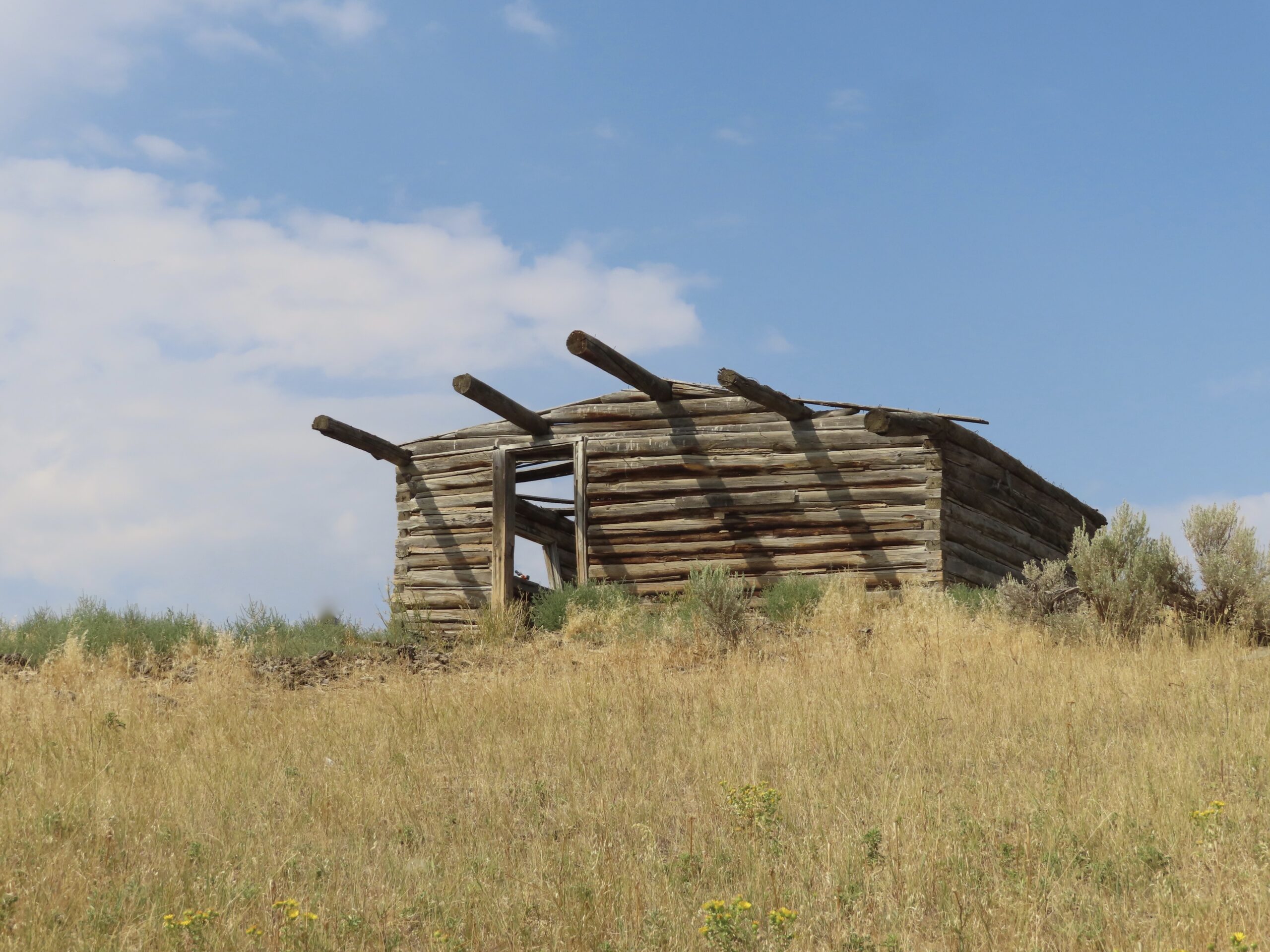 Well, sorry. I didn’t make a Re-Red today. It takes at least two hours and I didn’t have time. I will try to put one together tomorrow.

We took another trip, this one, however, has been in the works for a few years.

Vernon’s cousins have wanted to visit their old family homestead. It sold in the 1930’s or so to one family, then in 1998 to the current owner. The current owner ran into Vernon a couple of weeks ago and said, “Hey, let’s go!” So, we finally did!

We were quite the caravan… the rancher, two vehicles from the cousins, their mom, and one son and his fiancee. Then there were all of us plus Victoria and Matthew in three vehicles.

A few stops were made showing where they trailed cattle, where different places were, and to check Johnny’s memory to see if he remembered anything about the area. I quickly kicked myself for forgetting paper to try and write things down! Megan came to my rescue…

Johnny asked where the coal mine was, so that was officially our first stop.

While the tailings pile was visible from the two track road, we hiked over to get a close up look. This is not what I expected from a coal “mine”. In fact, in was just the hillside, covered in grey dust, but as I ran my hand across it, the black of the small coal seam appeared. It was not hard nor compact, but rather loosely stacked layers of soft charcoal. Not of us could really believe they would drive their old wagons out here and shovel on a load of this. The return on that much hard work doesn’t seem right, but maybe it did beat using an old cross cut saw on firewood on the mountain.

On we went to the CCC Reservoir and The Dugout. If you’ve been a fan forever, you might remember my blog post on The Dugout.

This is the first time since 1998, that this reservoir has been dry. It looks pretty dismal, although the CCC boys evidently did a great job building it, using flat rock to line various parts. I’m sure it’s very silted in since it was built, I assume, in the 1930’s.

The Dugout has fallen apart quite a bit more since our visit ten years ago.

Finally, it was time to move on the homestead we were looking for. Since the access road they used has washed out, we took a long roundabout way to find the cabins.

There she was. Still standing. Her partners of a root cellar, barn, round corral, and another homesteader’s cabin are simple piles of wood. But she’s there.

The barn was built into the hillside and I imagine the partial dirt building was much warmer than a log structure alone. I understand that they “proved up” on their homestead claim by living out here in the winter. You had to spend so much time on your claim and make improvements.

To see the work. To imagine the winter days. To tell the stories from one generation to another. The whisper of dreams…

6 thoughts on “Whisper of Dreams”