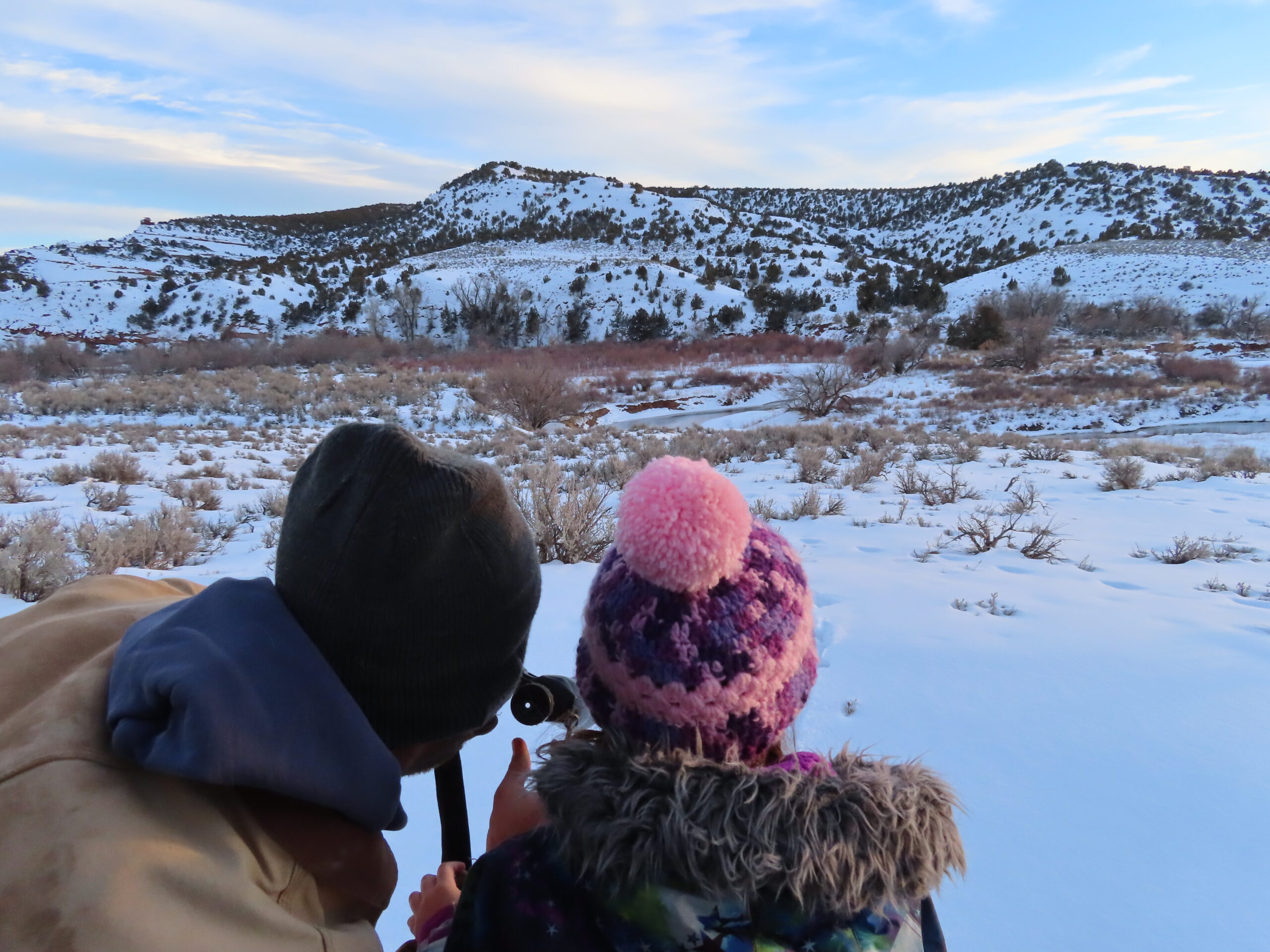 The past month I’ve posted a teaser or two about the mountain lions that hung around for a few days. Tonight, the video arrives! Yes, it’s a LONG video, but each day I saw them, I noticed new things.

First. This has been a bucket list item for me. I’ve seen the tail of one sliding into the tall sagebrush as my headlights turned into our road long ago. In fact, the next day, my boys and I tracked it through the snow a ways, just to make sure it really was a lion. Yes, their tails do leave an imprint in the snow!

I’ve seen tracks. I’ve seen their deer kills. I’ve seen dead ones. (Wyoming does have a hunting season for them.) I filmed the kill and drag video back in December. Just by chance, Daniel spotted a mom and an older kitten driving home one day. Honestly, if he hadn’t seen them, we probably never would have noticed them.

But he did. And I went back the next day, knowing they wouldn’t be there… but she was. Then I saw her with a kitten. Then I saw two kittens. THERE WERE THREE! My videography improved when I knew where they went. My photos range from wintery blues to the warmth of the setting sun. I saw them cleaning themselves, sharpening their claws, hanging out in the trees, and disappearing into their surroundings like magicians.

I was happy to have four grandchildren with me one night and I stopped and pointed the lion out to them. I would point to it on my camera screen, then zoom in, so the kids could follow with their eyes. Pointing things out to kids can be frustrating, but I made sure they all saw the lion!

A few days after “our” lions left, I was driving home from work, and saw three kittens on the highway! These were younger and there was no mom in sight. This just a mile from where I had been watching the others. I went from seeing no mountain lions to seeing SIX within a month!

THEY ARE LONG GONE.

THESE VIDEOS WERE FILMED LAST MONTH.

I WAS FILMING FROM MY CAR.

RARELY DID THEY EVEN LOOK MY WAY.

THEY ARE LONG GONE.

My fantastic little camera is a Canon SX740hs (affiliate link).

P.S., my Work Ethic video should be up and running off of a Youtube link now. Sorry for the mixup.