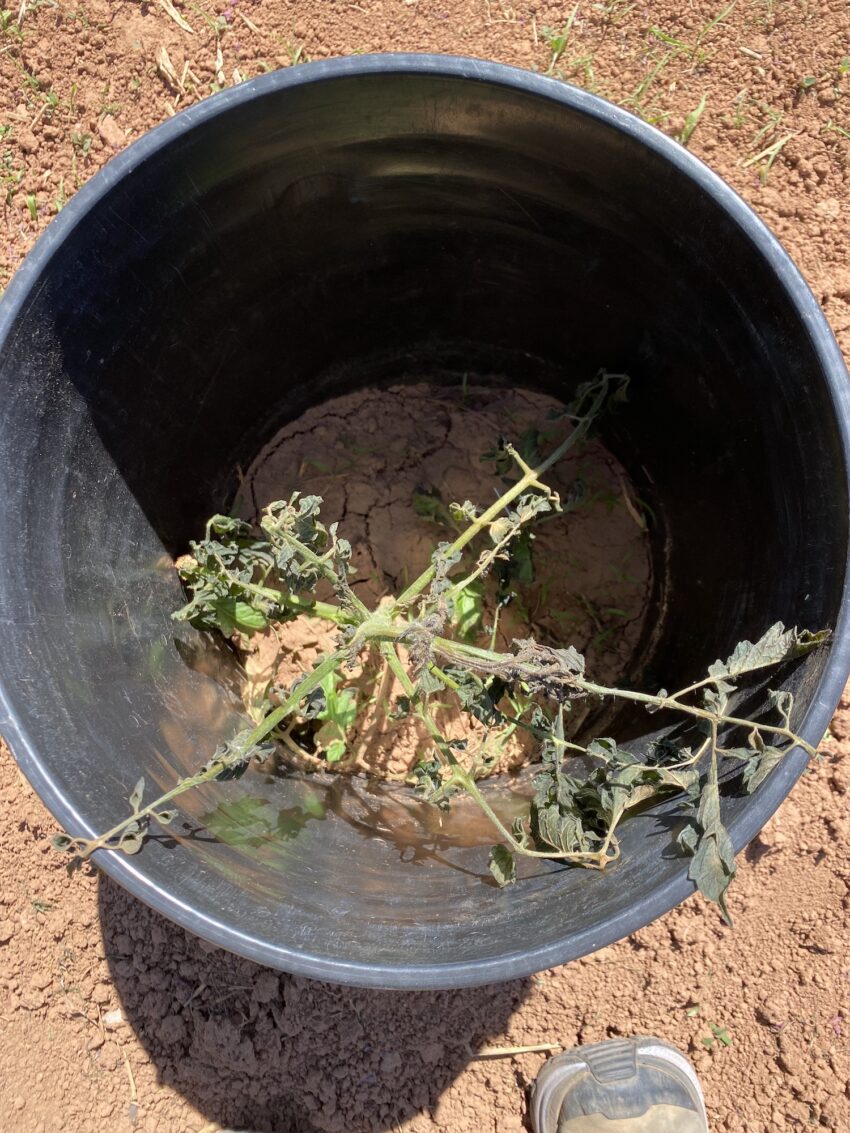 Well, I had held off planting my tomatoes for quite a while… we’d had a few cold mornings later than usual, but I finally planted them. Here it is… two weeks later or so… and, son of a gun, it froze the other morning.

The stems don’t really seem to be frozen, just the leaves… so I trimmed back the frozen leaves and I’m hoping there’s enough oomph left to send out some new leaves. Probably won’t happen, but I can hope for a little while. My sister found me some pitiful remnants of tomatoes over in town… and I’ll plant them in hopes of having some for eating, but I probably won’t be making salsa and stewed tomatoes this year!

My peppers, squash, and the few green beans that had stuck their heads up are also gone.

At least the peppers had a few leaves not frozen.

If anyone is curious about the Garden Tower we planted at the library’s After School program… here it is.

The lettuce and cucumbers are doing well. The patio tomatoes are continuing to grow. We actually pulled our long French Breakfast radishes and they were quite sweet.

I’ve replanted my garden now… time will tell if I get to harvest anything!

3 thoughts on “Gardening in Wyoming”