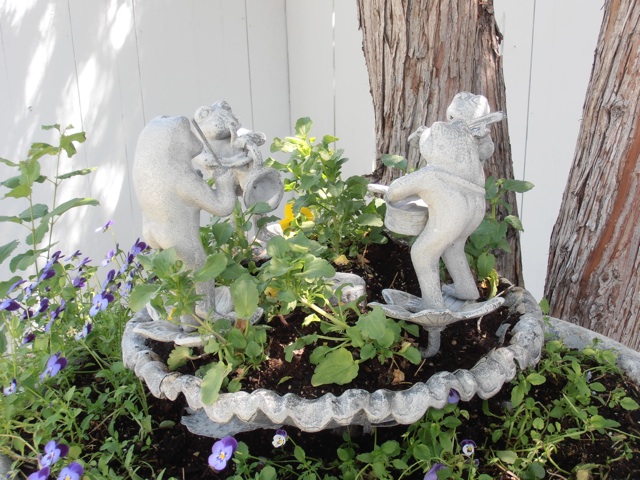 Now THAT was interesting! Eight of you were kind enough to take part in my little informal survey… and then I was stuck trying to figure out how to carry on this discussion/question/answer/survey thing.  I hope you find this interesting and not a lecture and/or too boring.  Randy suggested I explain each of my topics I asked you about… so I’m starting there!
I think the American consumer is becoming more “food conscious”… and to me that means, you want high quality, plentiful, safe, and local food… at least to the extent possible.  You know you’re not gonna get locally grown bananas in Minnesota in the wintertime!

Americans have become fairly *spoiled*  (haha…) about their food.  Does anyone remember getting an orange in their stocking for Christmas?  Or nuts?  Why?  Because that was a *treat*, it was *special*… You just couldn’t get that in the wintertime… but now we can.

Consumers can also talk with their money about what is important to them.  Obviously, many people believe organic is *better* and they are willing to put out the extra cash for that trait.  Ditto *grass fed*.  Even the story about beef with the label of *Wolf Friendly* which is probably just a Rural Legend, but almost believable.  (The cow must have not been TOO friendly with a wolf, or she would have ended up on the inside of the wolf instead of a market in New York City)

COOL, or Country of Origin Labeling, is a controversial government labeling program for fresh meat and fruit and vegetables.  It’s like a t-shirt whose label says “Proudly Made in the USA”.  Or a car, or furniture, or whatever that states where it was made.  The majority of consumers, including you kind folks that answered my survey, state they’d prefer to buy local or made in the US.  That’s all it wants to do, but it’s been held up in court or some such debate… as opponents (other countries) see it as a trade barrier.  I don’t see why it is so hard to support US ranchers over imports myself, there’s nothing wrong with Australian beef <waves at Bush Babe and smiles>, but can’t you give the consumer the information to make his choice?

Our “Natural” steers are headed to a Tyson affiliated feedlot in Nebraska, the way I understand it.  Since they will continue the Natural label, if one gets sick with pneumonia (yes, cattle get pneumonia) and they give it antibiotics to recover, they will also pull that steer from the program, since Natural means no antibiotics or growth hormones.  It is NOT the same as organic.  Organic is no antibiotics or hormones PLUS the feed the animal eats must be organic (no fertilizing fields of hay and then feeding that hay to the cattle) and also free ranging.   Grassfed or grainfed.  It’s all personal preference.

Do you like your coffee black or with sugar and cream?  Vanilla or Moose Tracks?  Automatic or standard?  Me?  I much prefer grainfed.  Meat animals absorb the flavor of what they eat to a certain extent.  Ever killed an antelope off of an alfalfa field versus a sagebrush flat?  How about a whitetail out of a marshy swamp or dry desert grass?  My dad used to say moose taste like willow bark… though I never chewed on willow to see if he was right!  I have had willow tea, yech… but my headache went away. (salicylic acid is found in willow bark)

Not only is the flavor enhanced with grain, the steer gets fatter.  We use our own barley and oats.  Fatter means more marbling in the meat, spreading the flavor throughout the cut, also making it more tender.  To do this, it’s common to feedlot them, making it easier to feed them plus it limits their activity… making them into bovine couch potatoes.  Eating lots of grain, getting fat… gonna be a great steak in my book.  Those looking for leaner cuts of meat, choose the grass fed.  Grass fed doesn’t have the marbling, and sometimes can make for tougher cuts… a different style of cooking can help, I’ve heard.   I’ll have to finish this tomorrow… I feel like I’m writing a rough draft for an opinionated research paper!

I’ve found this pretty interesting.   I’m thrilled that you eight participated.  I might just have to hand out a prize!  Stay tuned.   P.S. The frogs are from the Garden Walk last Saturday… here’s some more.