Before I share more Wyoma stories, I thought I’d share a few more photos from our Father’s Day picnic yesterday.

Another of my favorite flowers is in bloom.
It is called Bitterroot.
Often associated with Montana, bitterroot was a Native American staple… and even helped feed the Lewis and Clark expedition.  It does have to be treated first or it isn’t edible… or so I’ve been told.  This is one I haven’t tried myself. 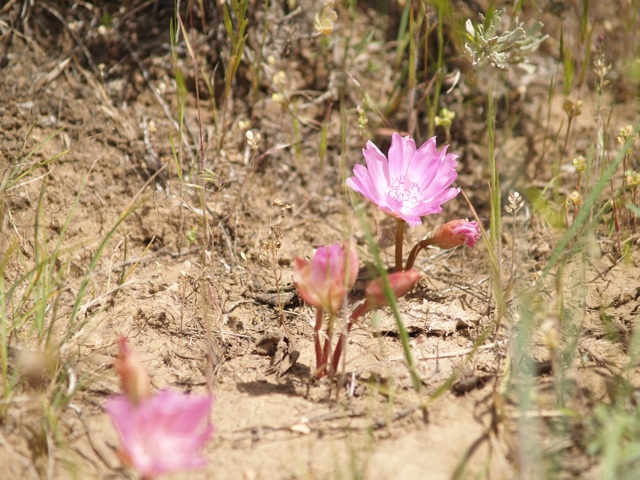 The cool thing I like about bitterroot… the leaves come up first, die back, and then the flower appears…  here’s one with a “friend”. 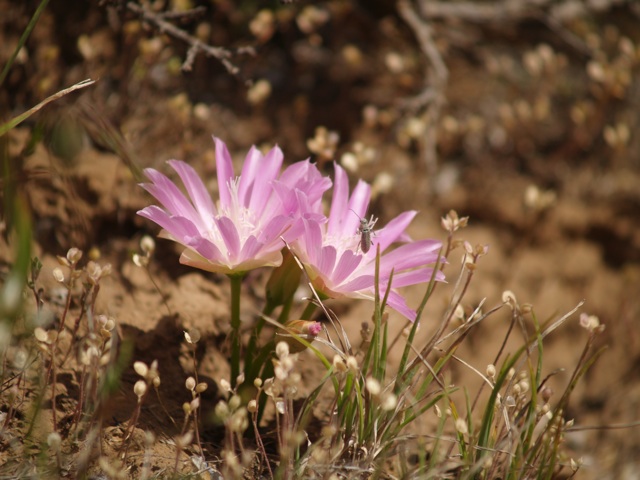 Here’s another view of Otter Creek Canyon… doesn’t it look like if there were Anasazi about, they’d have a few choices of home locations? 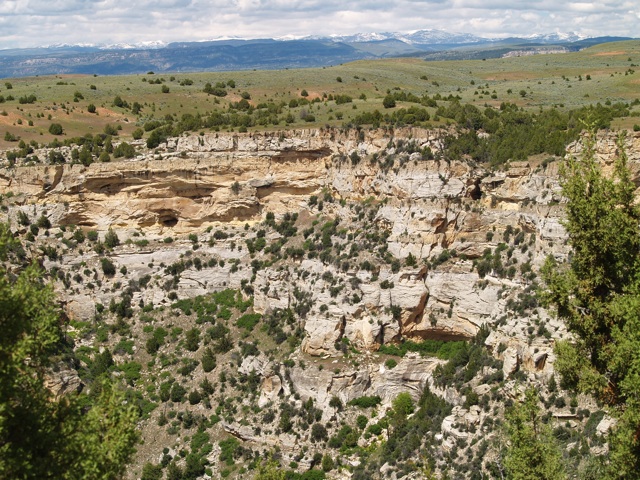 A shrub called Mountain Mahogany.  Sometimes a normal bush, sometimes a creative unusual spirit trapped in a wooden dancing form… in black and white, no less! 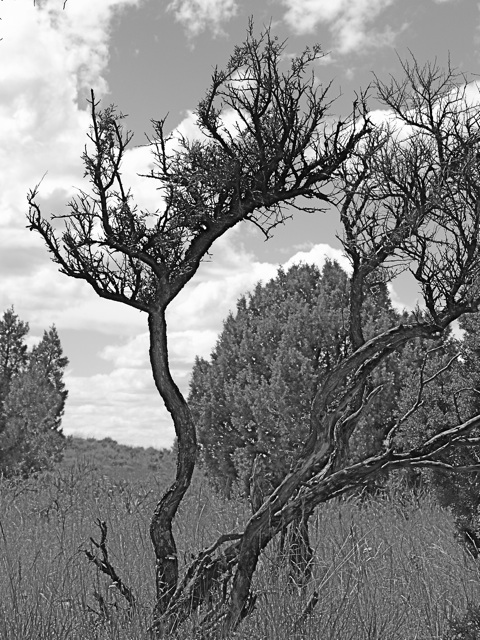 We often get questions on what these things are…
In the summer, we put insecticide dustbags on these racks, and cows come and dust their backs, keeping the flies and other bugs at bay.
But this photo speaks to me of the loneliness of this Big Country…
Of Man whose imprint is temporary…
Of Wind…
Of Silence… 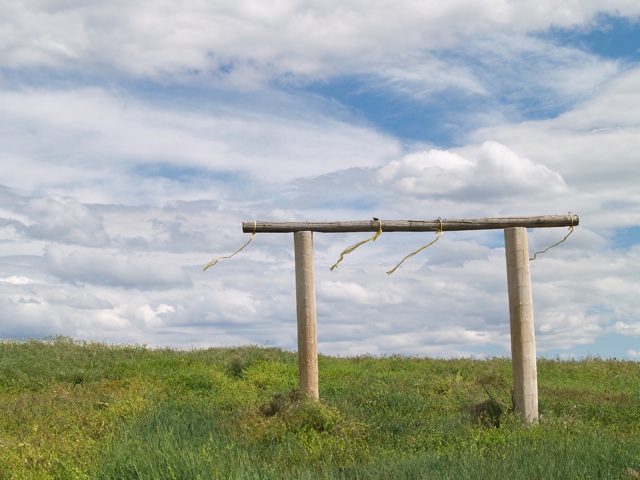 But my favorite of the day?
Dally.
Getting a drink out of the stocktank.
In Big Country. 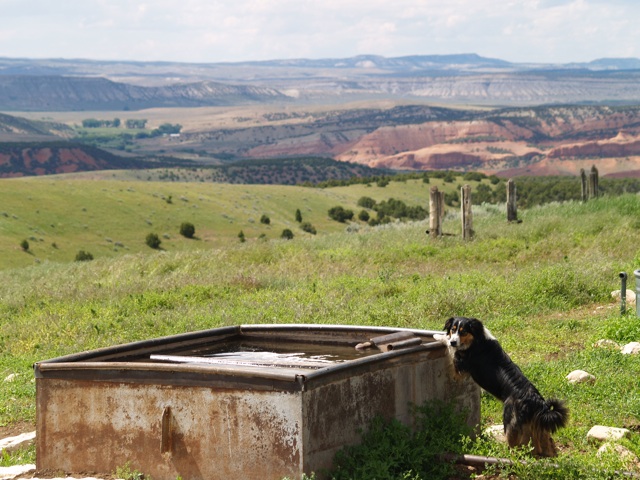