It’s currently seventeen degrees outside with clear skies.  That means by morning, it’ll probably be about zero.  Highs the past few days have been in the 30’s and 40’s.  It snowed again this morning.

I think the weather is trying to tell us something.
When we weighed the yearling heifers, we were cold.  There’s not a lot of movement to keep you warm.  Five steps forward, open the gate, five steps backward to get out of the way.  Five steps forward, close the gate, five steps backward to let the next heifer in.
Daniel, being the intelligent college graduate that he is, suggested we build a fire.
So we did.
We scraped together some weeds, broken fence rails, and a stick or two of Boomer’s.  And some diesel.  A heavy frost coated everything… we needed diesel – Boy Scout Cheater Juice.
Daniel pulled out some emergency matches from his heavy coat… if there’s anything I’ve taught my children, it is to pack matches or a lighter in your coat pocket!… and lit the pile on fire. 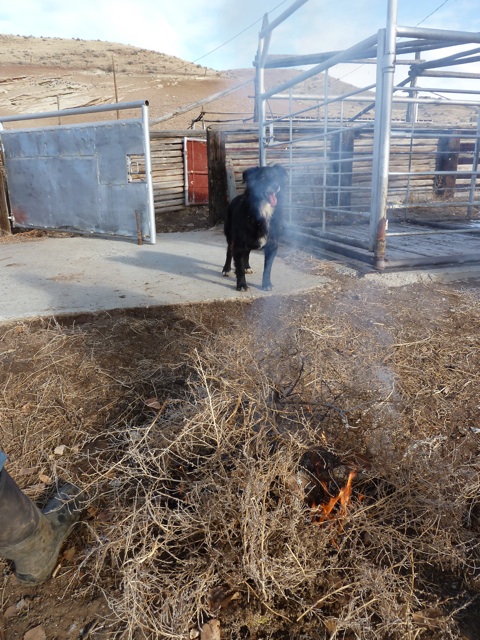 By golly, if we didn’t end up with a nice fire.  That Daniel has good ideas every once in a while.  I would have just stood there and shivered and stomped and *wished* for a fire!
Though Boomer was distraught about his Sticks for a moment… he soon switched to chasing the ash through the air. 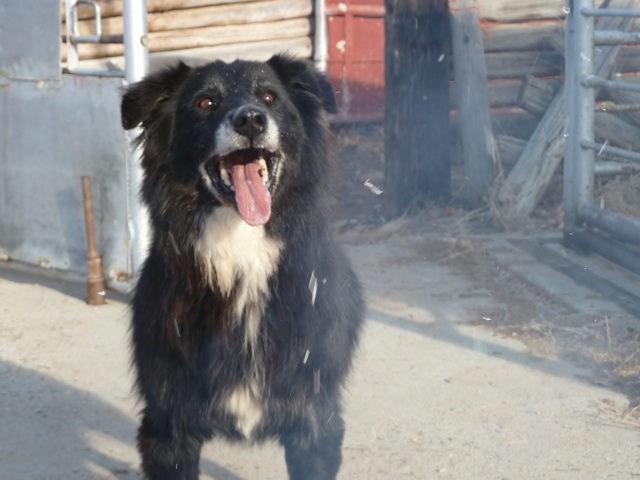 Ya gotta love that about Boomer… it doesn’t take much to make him happy.
A good lesson to remember, especially this month of Thankgiving… be grateful for the little things that bring joy to your life!
****
November 13, 2009   Puppy Photos… Better Late Than Never!
November 13, 2010   Snow Lodge
****
As a public service announcement:  The National English Shepherd Rescue Cookbook is now available for ordering… Check it out!
Find me here!