Vernon has been on the hunt.

No, not muley buck nor royal bull elk… for quite a long time he’s searched for a used four-wheeler… one of the most used pieces of equipment on the ranch.
Since Daniel has come home, we’re kind of in need of another one.
They’re used in practically every chore we do from moving cattle to mending fence to irrigating.  We put literally thousands of miles on our four wheelers during the year.  They save a lot of gasoline as well as opposed to driving a pickup everywhere.
He found one listed at an auction in Buffalo… so back over the mountain I went today!  The second time this week!
The weather was a little more, shall we say, *dramatic*, this time!
Ten Sleep Canyon became ethereal in its cloak of fog. 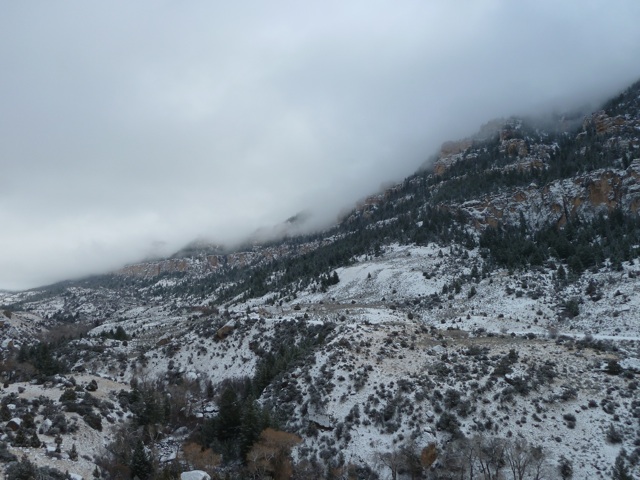 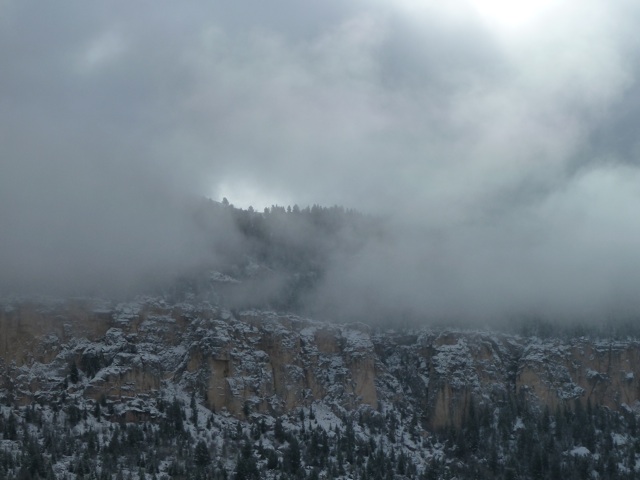 The section of the highway that was driest with the most sunshine?
Powder River Pass, 9666′. 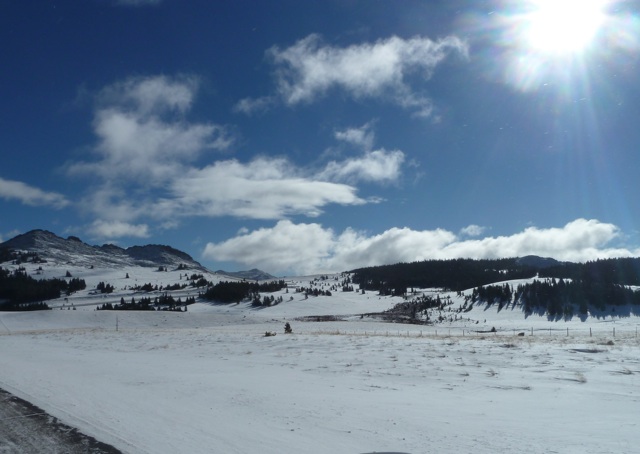 We arrived in Buffalo… checked out the four wheeler.  Five years old with only 350 miles on it!  WOW!
But there was tons of “used items”, aka “junk”, in line before it… so we took in lunch. 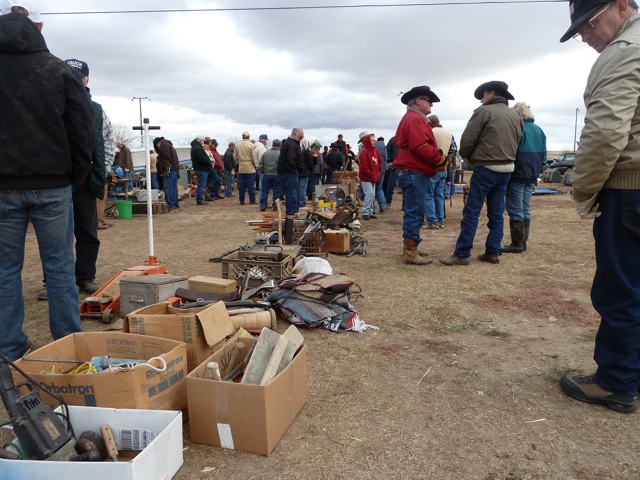 Then Vernon decided to run to Sheridan and buy a utility sink for the Mills Place.  Which we did.
Then we quickly left Sheridan and arrived in Buffalo about 20 minutes AFTER the four wheeler sold!
OOPS!
Well, it went for more money than he had wanted to pay anyway… so he didn’t seem too disappointed.  If it had gone for $1000 he might have had a different attitude!
We concluded our visit over the mountain and headed home.
It was a break for Vernon… and a fairly nice drive… and we did get a sink!
So, gee…
If you know of a good used CHEAP four wheeler… we’re still looking!
****
November 14, 2009   Chain Cow
November 14, 2008   Ooohhh… Wyoming Wind
Find me here!