Although the guys didn’t think it was necessary, I insisted on doing *something* with the bathroom window.

You see, the highway passes by my house.
The guys figure no one can see anything going by at 60 mph… they forget out-of-state hunters drive slowly, as do people trailing their cows down the road, and I’m just not *comfortable* with seeing in/out the window… at least on the lower one.
Here ’tis. 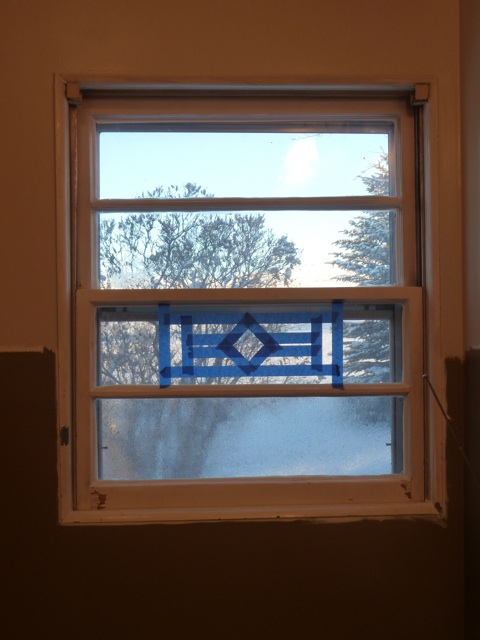 I’ve already painted a clear “design” on the lowest window pane.  It is a paint that gives the effect of stained glass.  I’ve used it in my current house, but my fake leading is too old, I guess, and it refused to stick to the glass.  I decided to just *texture* the bottom window.
It’s not much… but I feel better.
Then.
I had to play.
I created the “Craftsman” look design… and painted around it. 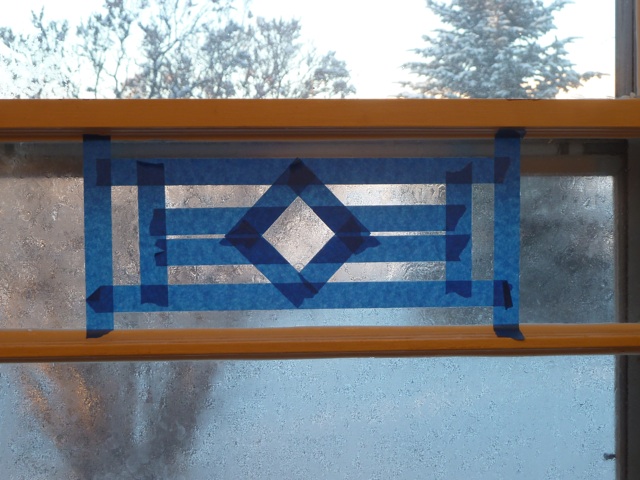 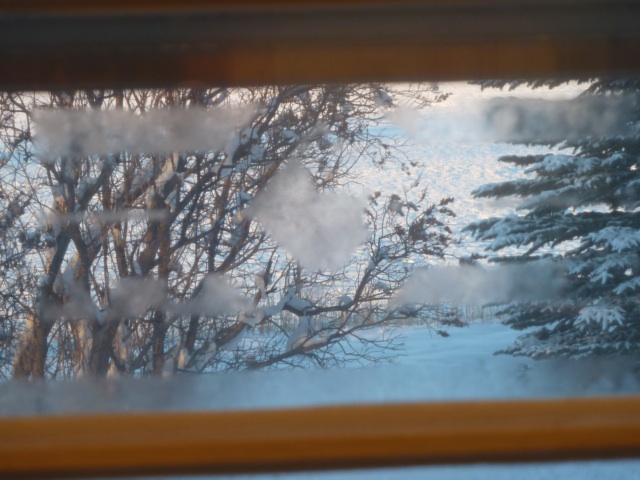 Too much detail…
I wanted some peekaboo holes, but this just didn’t come across.
So I simplified. 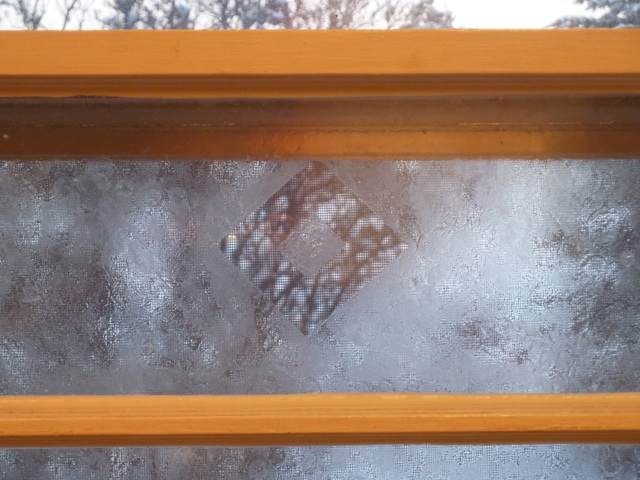 There ya have it… one peekaboo diamond on the second pane.  So those of my visitors on the short side… can still see out clearly. 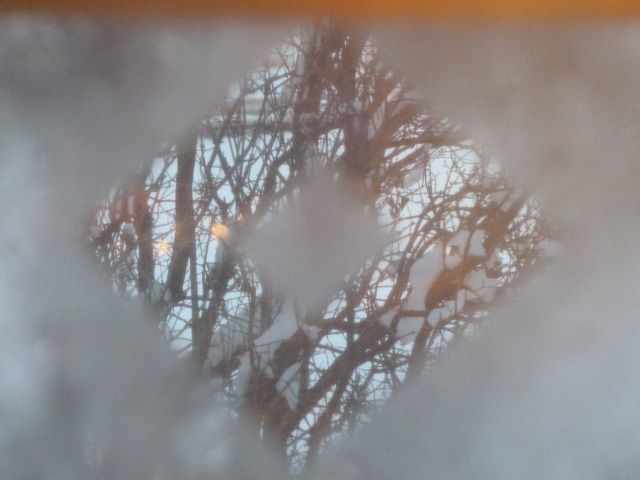 The top glass I’ll leave free of texture… and I’ll hang a valance at some point.
Why not cover it all in curtains???
Because… 99% of the time… there’s no one out there!  One of the benefits of living in the boonies!
But that was the project of the day… and failure just leads to adjustments…  Next time I’m up there, I’ll go out in the yard and try to look *IN*!
Oh…
and look at this “House Jewelry” my sister-in-law gave me for Christmas! 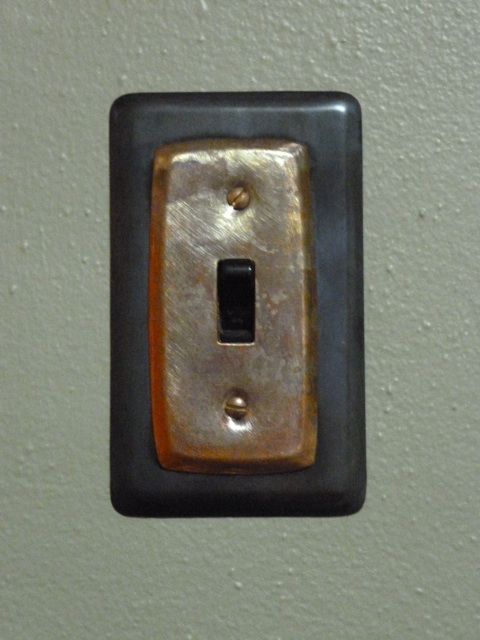