Trust me.
I know. 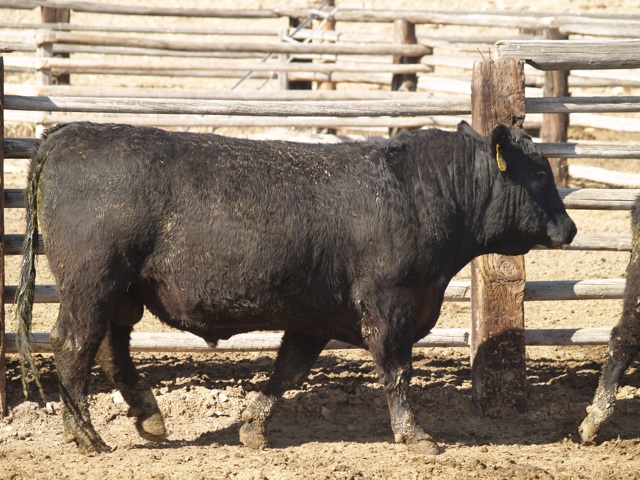 They are NOT bulls in the neighbor’s place… they are Vagrant Delinquent Escapees from our pasture where they rightfully belong eating OUR green grass, not the neighbor’s.
Therefore, they are Turkeys with a capital T. 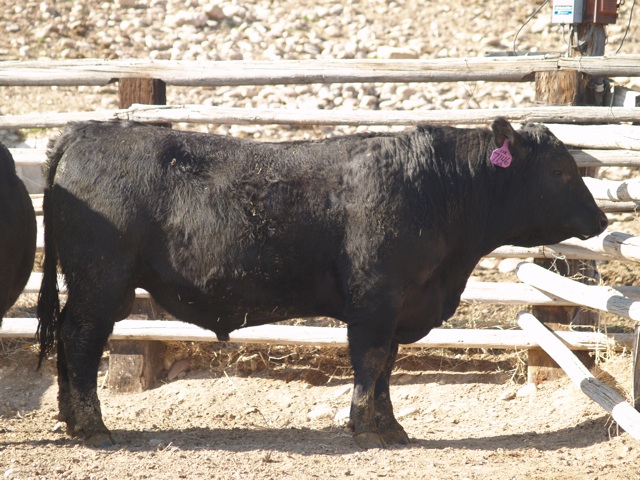 Especially since Vernon had already repaired the broken fence and got them out of here this very same morning.  And here I was, attempting the same feat only 7 hours later.
Luckily I had my Fierce Dog. 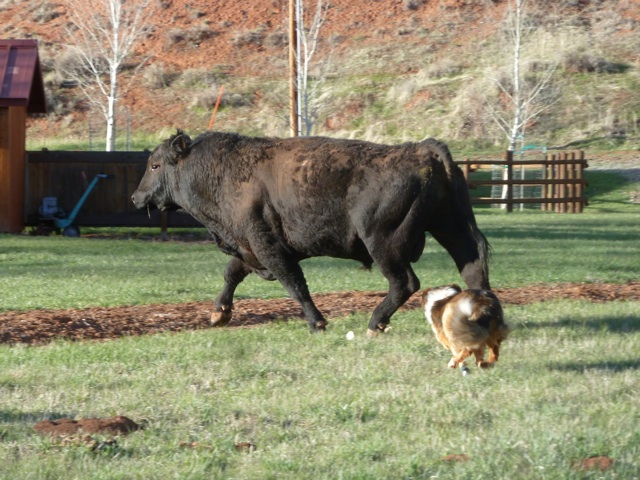 Fierce Dogs are handy to have when you are trying to move bulls turkeys on foot off of gorgeous green fields back to less gorgeous less green pasture.
Bulls Turkeys have a tendency to just lower their heads and shake them at you when you are on foot.  No respect.  Them for me… I have all the respect in the world for them… therefore… Fierce Dog.
He’s bait.  Or at least I hoped he would be instead of me. 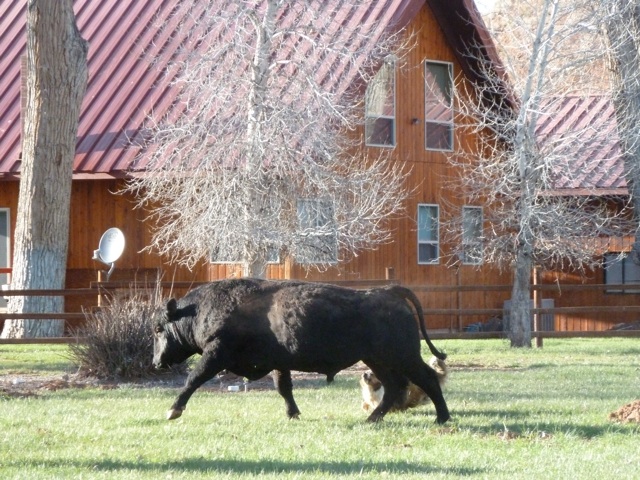 I sure wasn’t going to get that close. 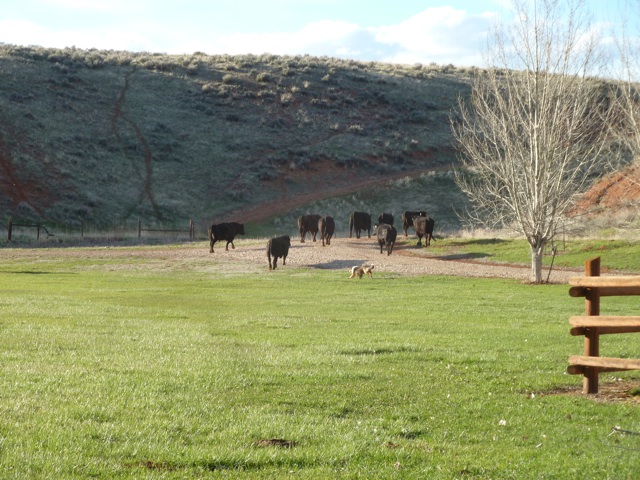 Poifect.
I called Fierce Dog back to me at this instant… and things Looked Good. 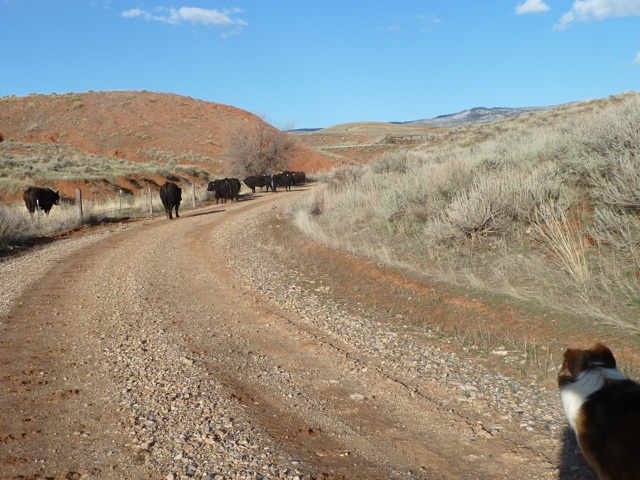 All they had to do was go up to that little corral and back through the gate they’d knocked down (and I’d repaired).  That’s it.  Simple.  So simple.  They’d already done it once today and cattle turkeys can be creatures of habit.
Of course, if you’ve noticed… there’s one on the wrong side of the fence.  Actually, there were two…  but I’d worry about that once I had the majority in the proper pasture.
About 5 seconds after I took this nice low stress livestock handling type picture… they took off at a jog around the hill to the right… which I clambered over, trying to catch the eye of the lead turkey.  He saw me… stopped… which irritated the turkey behind him… and they started shoving, then the whole crew turned and ran BACK down to the field.
I now huffed and puffed over the steep hill by the houses to cut them off, which unfortunately, turned them into the open gate the other two turkeys had escaped through. 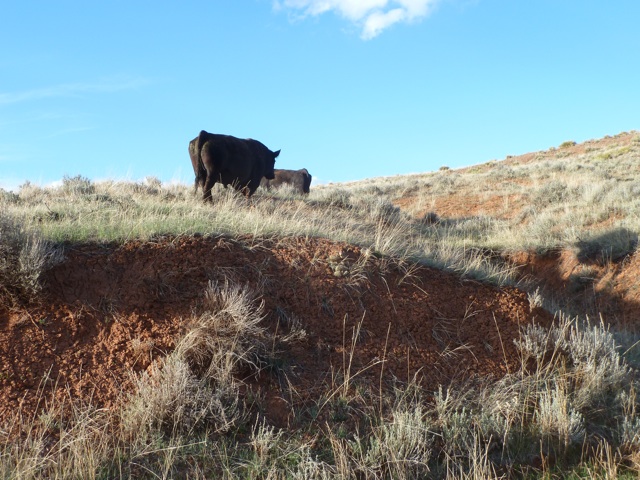 I’d say this was the last time I saw them… but no.  I was stupid enough to climb this hill as well, just to see them disappear down a draw about a quarter of a mile away.  Turkeys can “hoof it” when they want to.
Please notice how Blue the sky was.
I admit… I added many a blue word to the atmosphere adding to its intensity.
Neverfear, Vernon and Daniel on horseback retrieved them this morning… and put them in our bull pasture… where they were heading.  It’s best to cooperate with Stupid Turkeys after a while…
****
April 28, 2010   Wordless Wednesday – “You Scratch My Back…”
April 28, 2009   Guest
April 28, 2008   They’re Gone
Find me here!