The guys are back cutting, raking, baling, and stacking hay.

The BLM continues their efforts at watching for hot spots… trees that smolder and then take off burning again…  They have had their huge helicopter hauling water for two days.

They’ll keep doing that for a while, because one tree could start this all over again.

I haven’t been really up to the pasture… just the neighbor’s hill where we can see most of it, so it isn’t close and personal yet.

But I thought I’d share a pic that shows the fireline that was built.  It did its job.  It’s ugly.  But it did what it was supposed to do. 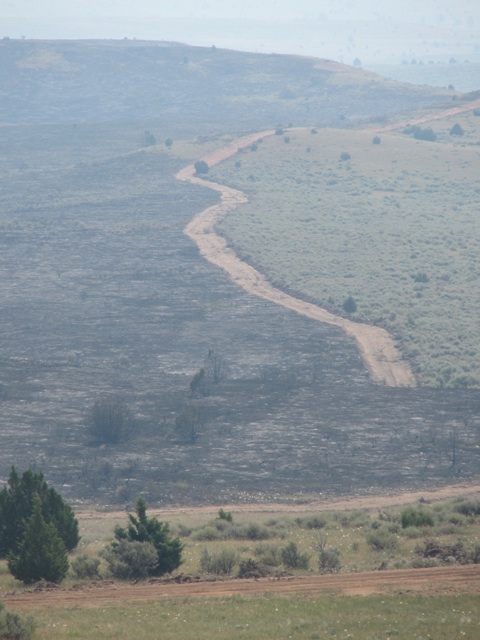