I made a trip to Tess and Daniel’s house today, attempting, though not quite succeeding, at cleaning out one last room!  On the way, I spotted the guys at the calving shed with the tractor, and I stopped by.

Sure enough, they were messing with steer #81, a little guy who’s been having problems.  Ten days ago, they went to feed and this guy was laying flat out on his side, and didn’t want to get up.  They took him to the calving shed as the other steer calves wouldn’t leave him alone, and they tried to figure out what was wrong.

The best guess was a pinched nerve in his back.  He wouldn’t stand on his own, and for a while, he wasn’t interested in eating or drinking.  They tried to help him a bit, and after a few days, decided to put him out of his misery.  Daniel went to shoot him and gave him once last chance at trying to get up and show some life… and he did!  Well, ok, if he’s gonna try… we’ll help!

My guys have lifted him up in a sling with the tractor as laying down is bad for sick cattle… and today, they were getting him up on his own hooves.  It took all three to first lift him up by his tail… 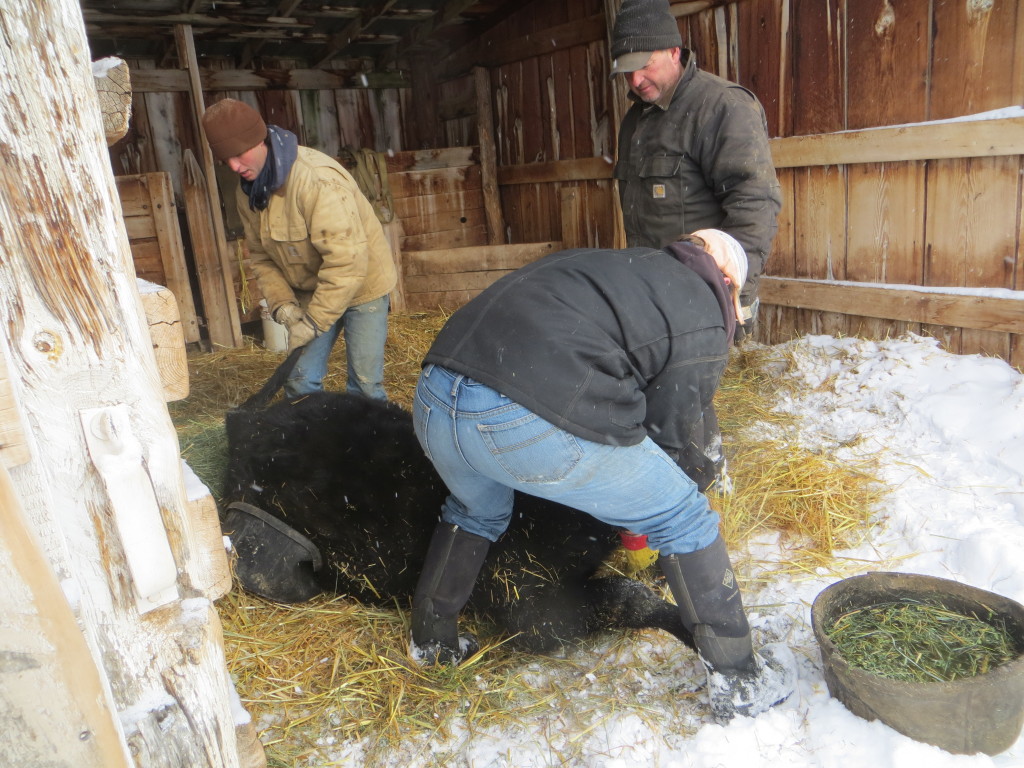 Then raise his front end up til he was standing. 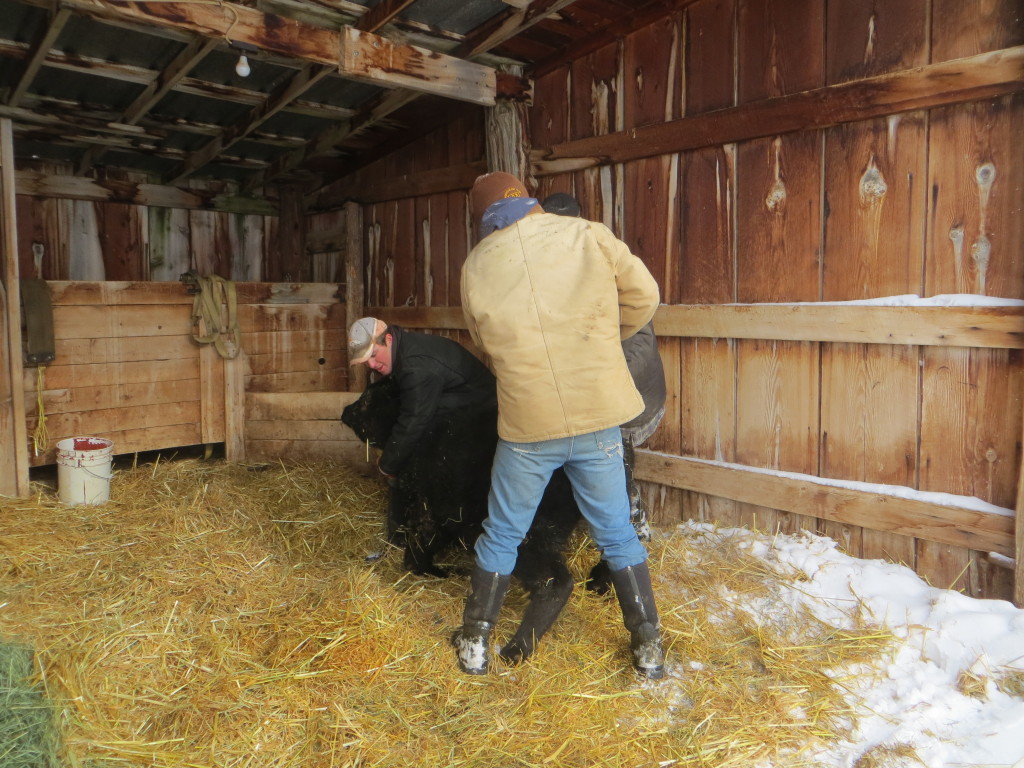 He couldn’t stand for long, and he’d fall in a big heap.  They made one lap of the little pen, though, and that’s good news.  He’s not a fan of having guys all over him, but it is just more incentive to rise and start to heal.  He’s been drinking and eating and the outlook for now is very positive. 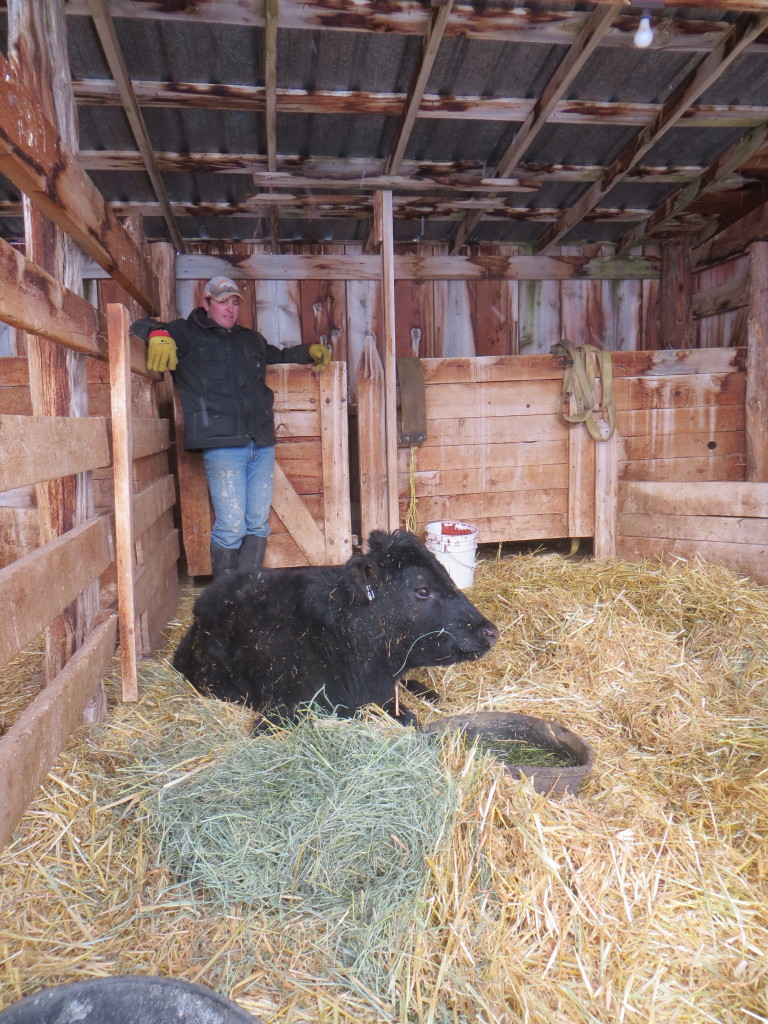 He’s got grain and hay and water within reach and dry bedding and a roof to keep off the 6″ of fresh snow we’ve received!  He’s got it good.  We’ve got our fingers crossed for Lucky 81!