This summer is FULL of surprises!

I went to let my chickens out yesterday morning.  There was a hen sitting in the corner, which was WEIRD.  I was trying to get the kittens out of the coop… the little buggers have taken to it since I’ve locked them out of my studio.  (My studio was beginning to STINK)

I moved a bit closer to the hen, as she rose, SOMETHING peeked out from underneath her. 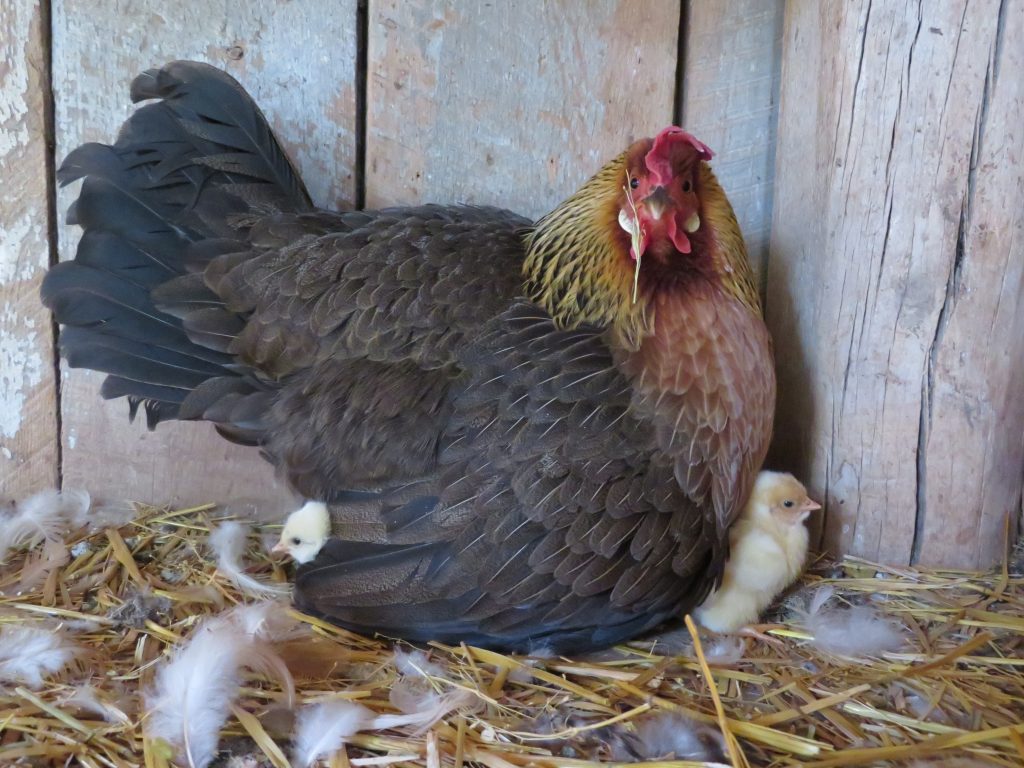 HOW IN THE HECK DID THAT HAPPEN?

Aside from technicalities… She’s obviously been setting on a nest out of the coop somewhere… somewhere SAFE from ornery dogs and inquisitive kittens.  But, she’s a good momma, and brought them home to be safe.  I quickly kicked the cats and other chickens out of the coop, gave them food and water, and headed to work.  Later, Tess told me there are 11 (ELEVEN!) baby chicks, including two black ones.

I imagine the other hens may have had a hand in this as well, since there are a bit of differences in coloring… I imagine the black came from Spot’s daddy.  Time will tell.

I never thought it’d be one of my Brown Leghorns to go broody, but she’s One Tough Mama and Very Protective.

They are still in the coop, but separated from the other chickens and safe from the kittens until they get a bit bigger and a bit faster and a bit wiser!  Any tips or hints about chicks in a coop would be welcome… 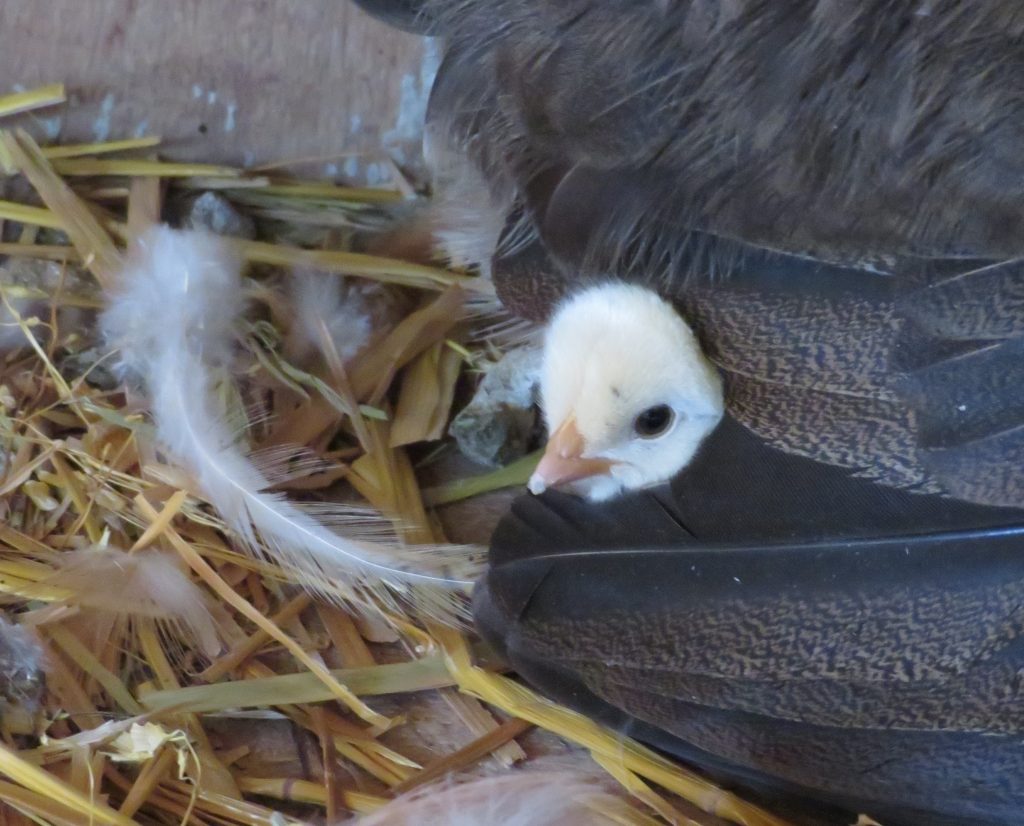