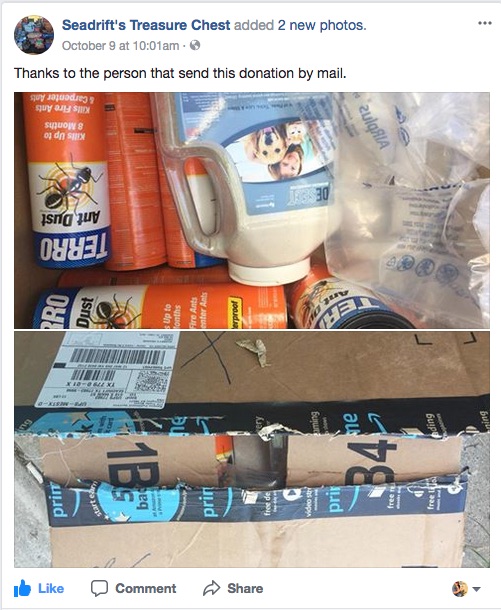 Now, I’m sure I’m not the only person in the world that Sylvia talked to about the need for these supplies, but it made my heart glad that these things appeared soon after I wrote about them.  It doesn’t matter to me if I’m the reason for this gift box… but IF one of you out there DID do this… I wanted to give you my sincerest gratitude.  I believe in my READERS… and I just want to think it WAS one of you!  THANKS.

What a wonderful, small, and very nice world we live in… We should remember that.

And we should be grateful for tshirts that kick off conversations with nice people!