Saturday, Daniel tested some of his personal cattle for Pulmonary Arterial Pressure (PAP).  Of concern to cattlemen at high altitudes especially, this test sees how well their lungs and heart will work, or if there’s a chance they’ll genetically pass on a tendency for bovine pulmonary hypertension or “brisket disease”.

To translate… bulls are tested to see if they will pass along genes that may cause their calves to get sick at high elevation.  Less oxygen will cause artery walls to thicken, and make it hard for the right side of the heart to pump blood into the lungs.  The calves (or any cattle) will show difficulty in breathing, and a swelling of their brisket or chest, as they struggle to get enough oxygen in their blood.

If you spot it in time, just taking them to lower elevation may save them, but sometimes they just die, never a good thing for anyone concerned.

Since bulls are only half of the genetics (although their impact is far greater in number), Daniel also tested his heifer.  A cow can give you ten calves, who may, in turn, give you more calves… so in theory it’s great to test cows as well, it is just far more expensive when you have 25 cows to each bull!

We’ve done this before… and there’s a great video to go along with it… but this time, it’s just pics!

First, tie their head up tight.  You’re putting a catheter clear down into their heart, big movement is NOT a good idea. (and no, the rope isn’t coming out of his mouth, it just looks that way!) 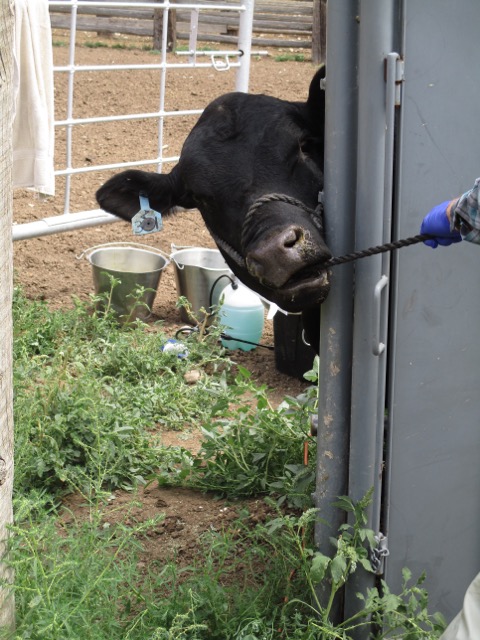 Disinfect the area around the jugular. 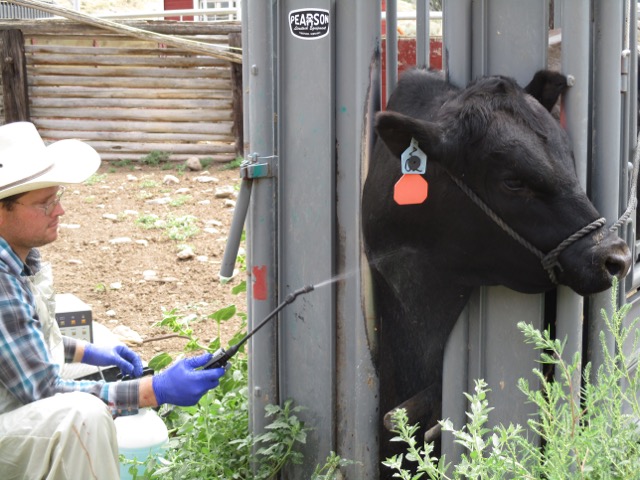 With great practice and skill, stab a needle into the jugular.  Yes, blood does come out! 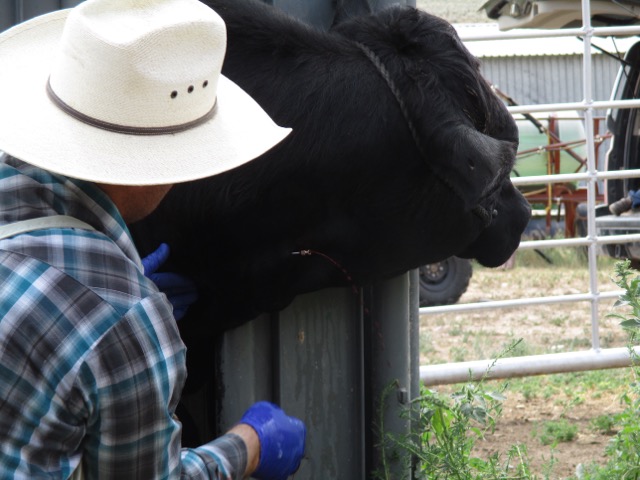 Insert the catheter through the needle and down into the right ventricle of the heart. 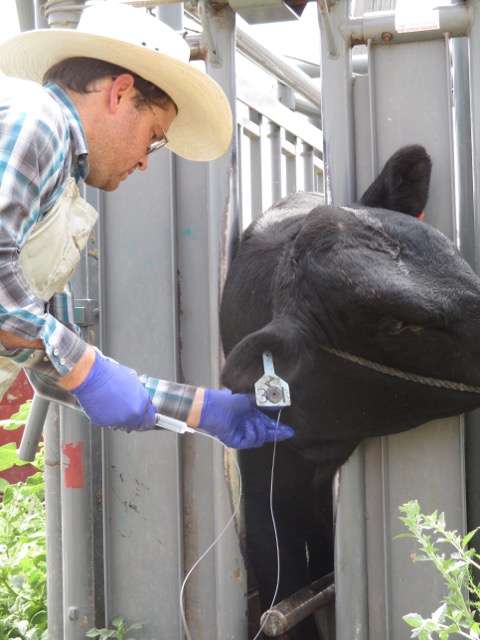 Keep an eye on the screen, and you can see the reading as it goes through the ventricle and into the pulmonary artery between the heart and the lungs. 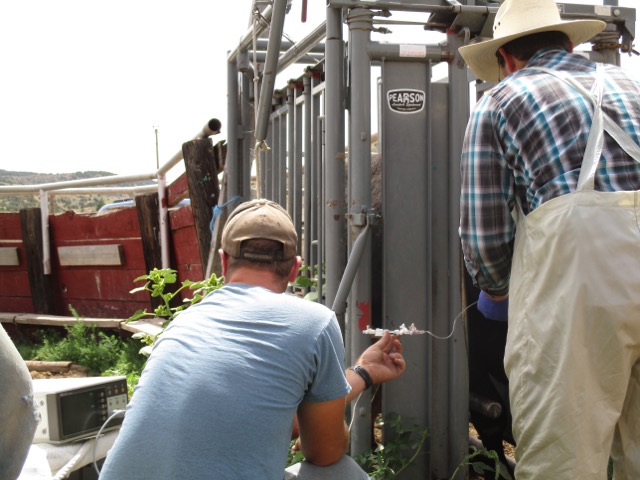 Wow.  That was fast!  It definitely took longer to set up the equipment than to test!  The bulls just wandered out of the chute, not phased by the process at all.  We were all standing there, watching.  And I had to shoosh them further out into the corral so we had room to stand for the next one!  Definitely an “outpatient procedure”!  And someone was VERY interested…